A century-old steel bridge in the Dutch port city of Rotterdam will be partially dismantled this summer to allow a superyacht being built for Jeff Bezos to sail through.

The retired Amazon CEO, 57, has commissioned the Dutch company Oceanco to build a 417-foot-long, three-mast vessel called Y721, which reportedly cost $485 million. Y721 is about half the length of the RMS Titanic and will be the world’s largest sailing yacht when complete, according to Boat International. It is currently under construction at an Oceanco shipyard in Alblasserdam near Rotterdam and expected to sail out sometime this summer.

However, to reach the open seas, the yacht must first pass through Rotterdam and the city’s Koningshaven Bridge, locally known as De Hef. Y721 requires a minimum 130-foot clearance to pass through. De Hef has a boat clearance of just 130 feet.

To ensure safety, Oceanco asked the Rotterdam government to remove the bridge’s central section so that the yacht can pass. The local council agreed to partially dismantle the bridge on the condition that Bezos and Oceanco pay for the operation. The agreement was first reported Wednesday by the Dutch broadcaster Rijnmond.

“It’s the only route to the sea,” a spokesman for the mayor of Rotterdam told AFP. The mayor’s office promised that the bridge would be rebuilt in its current form.

The Koningshaven Bridge was originally built in 1878, according to AFP, and then rebuilt after suffering major damage during World War II. The bridge was decommissioned in 1994 after being replaced by a tunnel. However, plans to demolish it were discarded following pushback from local residents. The bridge was last restored in 2017, after which the city said it would not be dismantled ever again.

The news spurred anger among some local residents. As of Thursday, more than 500 Facebook users said they would attend a protest event, titled “Throwing eggs at superyacht Jeff Bezos,” on June 1 in Rotterdam, where they will gather by the bridge to throw eggs at the boat. The mayor’s office insisted on the economic benefits of temporarily dismantling the bridge.

“On the one hand, [there is] the economic importance/employment due to the construction of this ship. On the other hand, our concern for De Hef,” Frances van Heijst, the Rotterdam municipality spokeswoman, told The Washington Post.

“From an economic perspective and maintaining employment, the municipality considers this a very important project,” Rotterdam municipal project leader Marcel Walravens told AFP. “In addition, Rotterdam has also been declared the maritime capital of Europe. Shipbuilding and activity within that sector are therefore an important pillar of the municipality.” 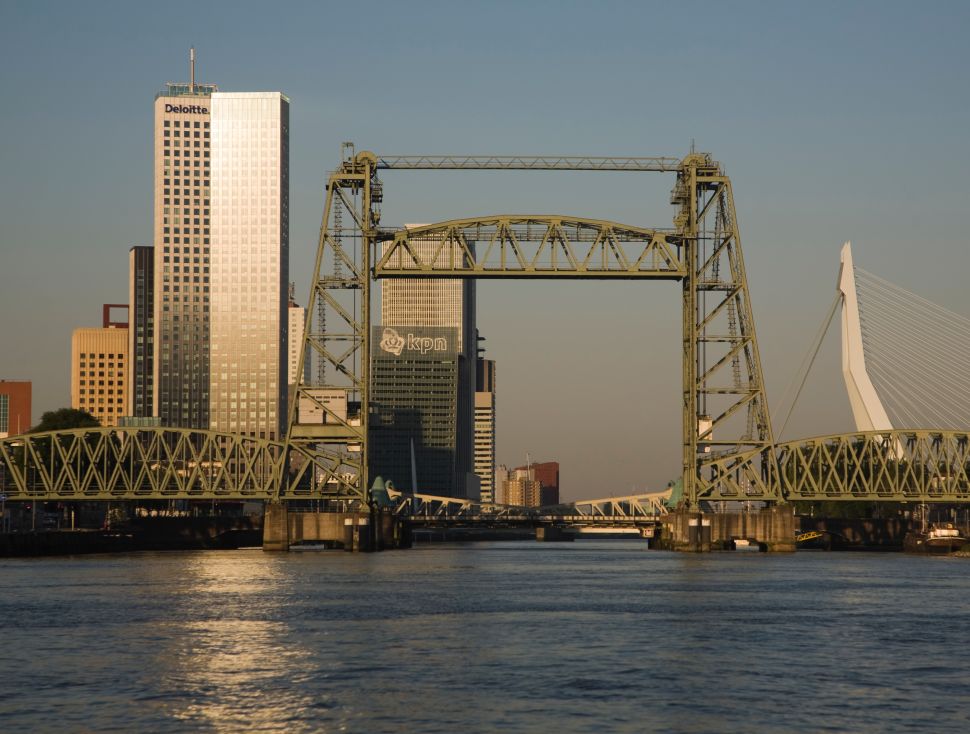