Fitness expert Jillian Michaels spoke to us about the inevitable metaverse. (Jillian Michaels, creator of The Fitness App)
By Isabella Simonetti • 02/12/22 12:30pm

Michaels has her own company, Empowered Media LLC which she started with her business partner Giancarlo Chersich as well as an app with the straightforward name The Fitness App, a podcast called “Keeping It Real: Conversations with Jillian Michaels,” and multiple self-help books.

“I continue to do what Jillian Michaels does,” she says. Which is offering fitness instruction and inspiration “oftentimes via an app or for free on social.” Though that’s not only what Jillian Michaels does. “My company also strategically invests in health and wellness brands that we feel passionately about.” Empowered Media’s investments include online grocer Thrive Market, AQUAHydrate, Lucky Jack Coffee, and Alaya Naturals.

Michaels has been in the fitness industry since she was 17, so she’s seen the progression of marketing fitness over the last three decades.

She said one of her biggest mistakes was not leveraging social media for her business sooner.

“If I was to look at one of my greater business failings, it would be not adopting social media way earlier in my career,” she said. “And the reality is that I just did not pivot quickly enough.”

Michaels said she had concerns about social media platforms being able to control her connection to her audience. “Because the minute you transfer your traffic over to somebody else’s platform, they can lock it up,” she said.

Eventually, though, Michaels saw that to stay connected she needed to move to social media: “Little did I know that dot coms would become essentially obsolete,” she said. “Kids today, they don’t go to the person’s website. They go to their Instagram,” she said.

She’s seen enough evolution, though, to know that the Instagram trainer won’t last forever. “Soon it’s gonna be, I hate to tell you—this is, is very real—the metaverse trainer.”

Michaels said she believes the best platform for advertising is Facebook, although she recognizes the need to expand across platforms with ads.

She also noted the prevalence and popularity of YouTube, which is the second most visited website in the world.

“So if you’re in a, how to type of business, you have to have a presence on YouTube,” she said. “Cause, I mean I will go there to learn how to change a tire. You know what I mean?”

Why You Shouldn’t Be Afraid of Being Cancelled

I also spoke to Michaels about the dialogue surrounding body positivity, brands’ efforts to embrace models of different shapes and sizes, and how she navigates that as a fitness instructor.

“If you get caught up in the whole politically correct culture and have a fear of being canceled, then the truth dies,” she said. “And that’s, that’s a very, very dangerous thing.”

For Michaels, the truth of conditions linked to obesity like heart disease is paramount.

“Beauty’s in the eye of the beholder, right? It has nothing to do with body weight,” she said, adding that feelings of “worth, value, capability” and even a healthy body weight itself don’t always have to do with a number on a scale. “With that said, if you are carrying a certain amount of excess body fat, you are inherently at far greater risk for all of the obesity-related health conditions that kill people. Heart disease is the number one killer of women. Cancer [is a] short second.”

Making Time To Engage With Fans and Followers

One piece of actionable advice that Michaels has for content creators is interacting with and tending to your followers. “You need to get in that comment section,” she said, calling it “one of the most important things that you need to do.”

She recommends devoting a minimum of half an hour a day to engaging with followers. “You’ve got to engage with the people that take the time to come to you for advice.” Interaction helps foster a sense of community, which comes with responsibilities. “You have to remove the trolls.” 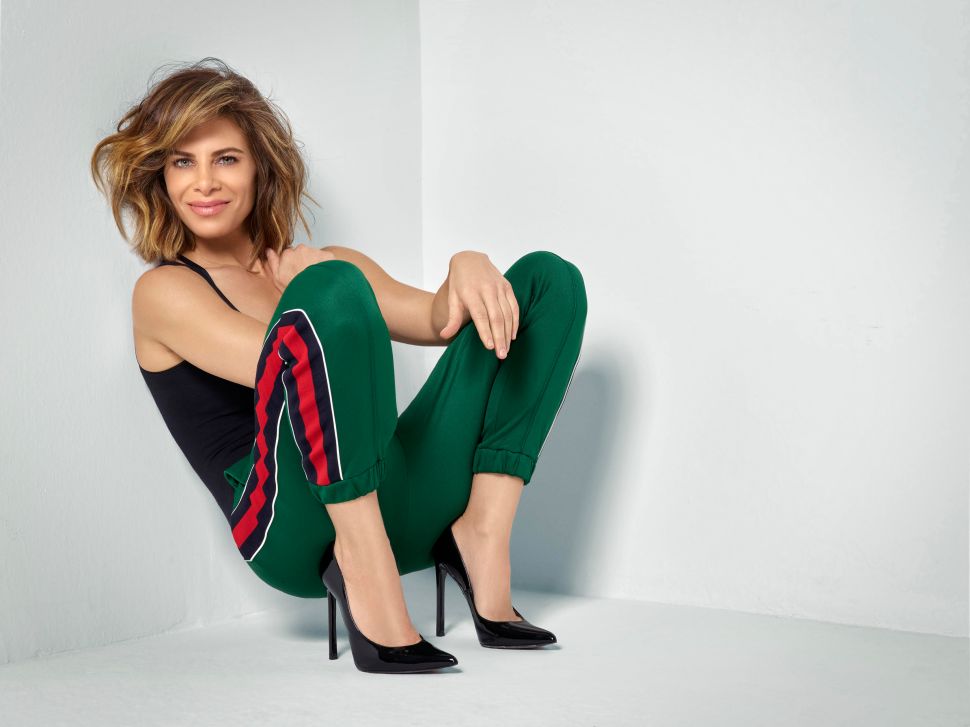