NASA’s first Moon mission since Apollo, Artemis I, just suffered another delay. But the good news is that the agency finally has a target date this spring to launch the massive Space Launch System (SLS) rocket and Orion spacecraft, designed to fly future astronauts.

NASA officials said last week it’s targeting mid-April to launch Artemis I from the historic Launch Complex 39B of NASA’s Kennedy Space Center in Florida. The first launch window will open from April 8 through April 23. The launch team will also have two backup windows from May 7 to May 21 and June 6 to June 16.

The mission was previously scheduled for March but was postponed due to extra preparation work needed on the SLS rocket, which has been fully stacked with the Orion spacecraft on top inside High Bay 3 of the Vehicle Assembly Building since October 2021.

“I like to think of if you had a work being done on your kitchen, and you were down to a punch list,” Tom Whitmeyer, NASA’s deputy associate administrator for exploration systems development, told reporters last week. “We’re basically down to a punch list of things that we need to complete. It can be something as simple as a scratch that needs to be polished out or some paint that needs to be fixed. There’s just a lot of that. It’s a really big vehicle.”

The fully stacked SLS, standing at 322-foot-tall (98-meter), will be the largest rocket ever launched since Saturn V in the 1960s. The booster has approximately the same diameter (30 feet) as SpaceX’s deep space booster, Starship, which is also under development.

Artemis I will be an uncrewed mission tasked to send the Orion spacecraft to fly around the Moon in a multi-week journey to demonstrate the system is capable of carrying astronauts. The next mission, Artemis 2, will send a crew of four around the moon and back to Earth, paving the way for future lunar landing flights.

In late January, NASA completed a ground sequencing test to ensure smooth communication between ground control and the rocket and spacecraft’s on-board computers. The next step will be a wet dress rehearsal test, or fueling test, which will run a full countdown until T-minus 10 seconds before ignition of the SLS’ four RS-25 main engines. A wet dress rehearsal is the final test before the official launch. 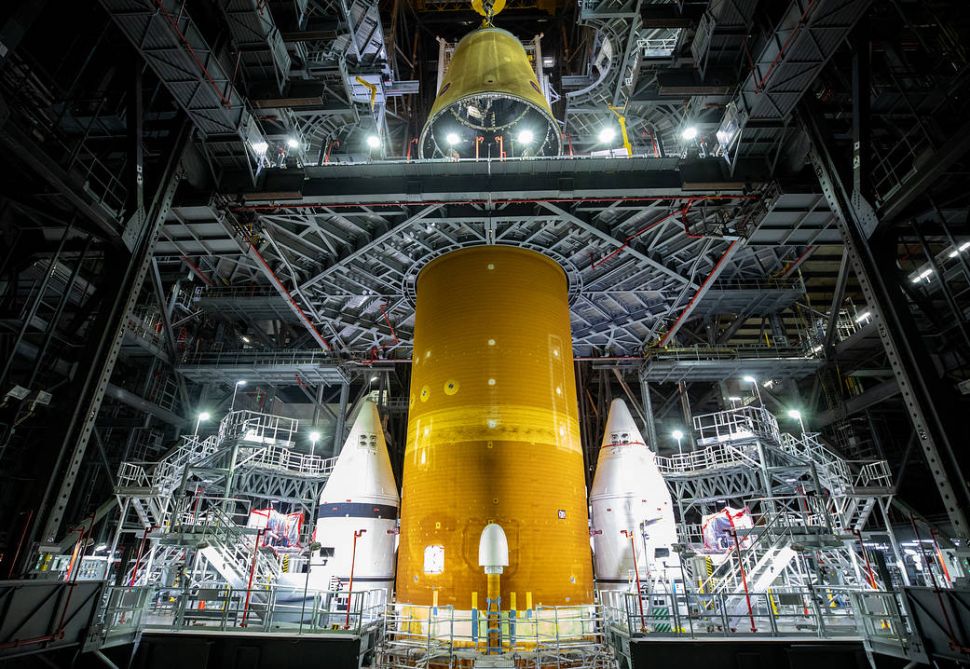