After a fun episode full of bonding and ass-kicking, episodes 6 and 7 of Peacemaker bring a crushing dose of reality for the 11th Street Kids, with lies, violence and daddy issues all posing challenges. There’s also the small matter of an alien invasion.

Episode 6, titled “Murn After Reading,” is all about revelations. We start by paying off the cliffhanger from episode 5 as Adebayo discovers that Murn is actually a butterfly. Worse yet, both Harcourt and Economos knew about it all along. (It is pretty clear that everyone in Peacemaker suffers from major trust issues that cause them endless problems.) Speaking of revelations, we finally get an explanation of who the butterflies are and what they want: turns out they are alien refugees from a dying world who’ve decided they could easily take over this planet by taking over the bodies of people in power. Murn is a defector.

As Murn, Chukwudi Iwuji is a standout in this episode. As he explains the truth about the butterflies he lets his cold mask slip and all the emotions he’s been keeping at bay the past 6 episodes come pouring forth. (It’s immediately obvious why series creator James Gunn hired Iwuji for Guardians of the Galaxy 3 after making this show.) And episode 6 once again gives John Cena a chance to flex his comedic and dramatic skills as Peacemaker, who the team has taken to calling by his civilian name, Christopher, in a touch of camaraderie. Cena goes from deadpan hilarity when answering annoying questions from kids about the Justice League (the Flash is a d-bag) to heart-tugging vulnerability when he discovers Adebayo has betrayed his trust by planting an incriminating diary in his trailer (acting on instructions from her mother, Amanda Waller, the director of the government agency running the team). He expresses himself through his love of ‘80s nerf-metal by performing a piano cover of Mötley Crüe’s “Home Sweet Home.”

Complicating things, the butterfly that Peacemaker has been keeping as a prisoner (and keeping from everyone else) escapes, and when detective Sophie Song comes to serve a warrant on him the butterfly takes over her body. In a sequence of absolute horror Sophie calls on an army of butterflies who take over the entire police department, with long shots of everyone choking in their own blood before their games get rewired into becoming alien drones. Also complicating things, Peacemaker/Christopher’s father, Auggie, has been released from prison. He suits up in his White Dragon armor and rallies his scary white supremacist army to hunt down and kill his son.

If episode 6 is about truths coming to light, then episode 7 (“Stop Dragon My Heart Around”) is about facing those truths. Before the fight against the butterflies can begin, Christopher first has to confront his father once and for all.

The episode starts with one quick new reveal: a flashback explaining what really happened between Christopher and his brother Keith. We know Christopher is tortured by feelings of responsiblity over Keith’s death. Now we learn it was an accident that killed Keith. Their father set the two boys against each other—charging admission to watch the match—and things turned tragic when Christopher landed a single well-placed kick.

That explained, we jump to the White Dragon and his troops ambushing Peacemaker, his friend Vigilante, and his teammate Economos. Robert Patrick’s performance as White Dragon is absolutely terrifying, and he becomes even more hateful when he almost kills Eagly. He berates his son, shouting slurs and taunting him for not being able to escape his control. When Peacemaker snaps out of it he calls out his father for causing the death of Keith and shoots him in the face, which is one way of dealing with an abusive, racist, homicidal father. We don’t know what repercussions this will have in the show or the DC universe at large, but it is probably safe to say Auggie Smith/White Dragon will not be missed.

Auggie is not the only major death in this episode. Murn sacrifices himself to give Harcourt and Adebayo time to escape the butterfly-controlled cops. His loss convinces Adebayo to stay in town so the team can hunt down the butterflies’ food supply, and the episode ends by revealing how truly gross and disgusting the source of that food supply actually is.

James Gunn loves stories about scarred underdogs coming together, because scarred souls shine like stars. Murn’s death provides the final element that unites this team. The characters in Peacemaker may not be as close as the Guardians of the Galaxy members were straight away, but as we hurtle toward a finale they’re nuanced and intriguing in a way that has helped this show defy all expectations for how good a Suicide Squad TV spin-off could be, and raised the bar for superhero TV series to come. 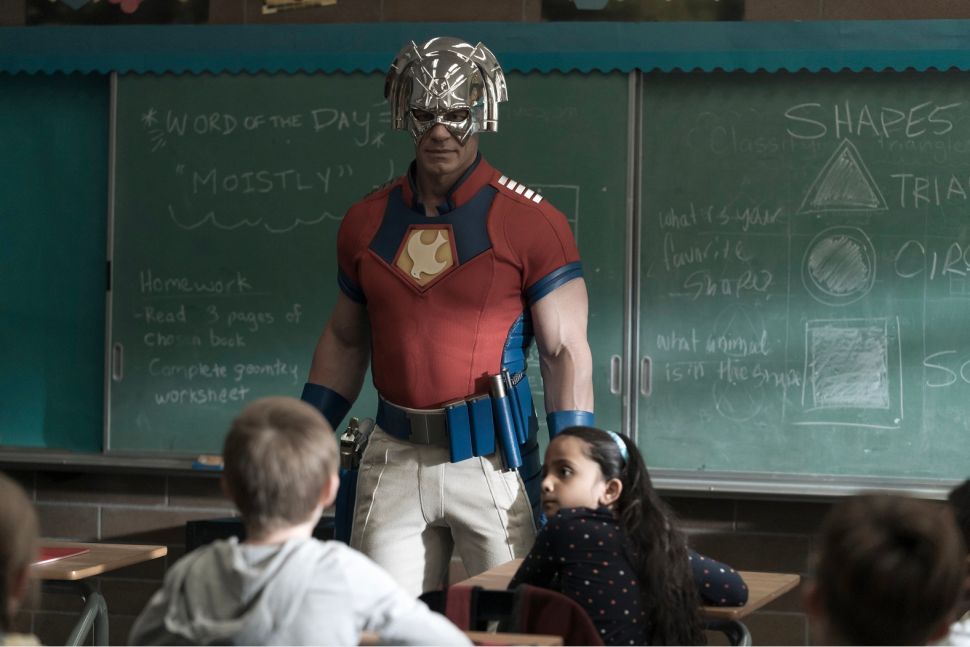