The first season of Peacemaker has reached its conclusion, and despite a somewhat perplexing start, the show has ended up being a lot more than a pleasant surprise. The series began with James Gunn pretty much doing a 180 on the titular character and transforming John Cena’s Peacemaker (aka Christopher Smith) from the entertaining but despicable antagonist of last summer’s Suicide Squad into a sympathetic figure with a tragic backstory. The finale completes the character’s journey in an earnest way, making Smith one of the most compelling characters in the DC live-action universe.

Episode 8, perfectly titled “It’s Cow or Never,” kicks off right where we left off, with the 11th Street Kids en route to kill the food source for all the butterfly agents: a massive (and gross) alien cow. On the way, Adebayo (Danielle Brooks, continuing to be the show’s MVP) tries to apologize to Peacemaker for planting the incriminating diary in his trailer, but he won’t have it. Still, if he won’t take an apology, Adebayo can at least offer some advice to Peacemaker, who killed his father in the preceding episode: put the death of his brother Keith in the past, it was just an accident, don’t let it define his life.

After arriving at the butterfly farm, Harcourt and Adebayo try to plead with Amanda Waller to send backup, or even the Justice League, but get no support. Even Eagly isn’t very helpful, as an attempt to get one of Peacemaker’s power helmets on top of the farm in order to remote trigger an explosion backfires because, well, eagles don’t speak English.

Without backup, and with Economos swarmed by a bunch of butterflies after attempting to sneak into the farm, it’s time to take butts and kick names. In one of the most joyous sequences of the season, Peacemaker follows the “last episode theme reprise” trope popular in anime, and Wig Wam’s “Do You Wanna Taste It” starts blasting right as Smith, Harcourt, and Vigilante charge against the butterflies, armed with guns, swords, and a very badass shield Peacemaker which uses in ways that would make Captain America very angry, and possibly jealous. The fight choreography is creative and exciting, the camerawork lets you follow the action seamlessly, and the song just makes it a thousand times better.

Then things get complicated. The butterfly named Goff confronts Christopher Smith and pleads with him to join the butterflies, as Judomaster apparently did before him. Turns out the butterflies did arrive as refugees, only to find Earth was on the same trajectory of self-destruction as their own planet, with leaders distracting from global disasters for profit and turning small nuisances into attacks against freedom. So they took a vow in order to save the planet, and that vow put the butterflies on a course similar to the one Christopher decided to follow as a kid: they are both killing people and doing bad things, but in the name of peace. It’s a tough decision for Smith, but after considering it, he shoots Groff’s human host, then activates a Peacemaker helmet that turns Adebayo into a human torpedo, killing the giant alien cow. As he confesses to Adebayo later, Christopher rejected the offer because he knew the butterflies would hurt his friends even if he agreed to help. Sure, it may be a bit of a tidy resolution to Project Butterfly, but Cena’s performance sells the moment.

With Harcourt heavily injured, the team pulls back in victory, but not before we get the single best scene in the entire show. You see, Waller did listen to their pleas, and none other than the actual Justice League show up to help — they’re just too late to do anything. Peacemaker is anything but happy to see Wonder Woman, Superman, Aquaman, and Flash, taking one last chance to insult Aquaman and tell him to go f*** some fish. Jason Momoa’s Aquaman responds by saying he is sick of that rumor, before Ezra Miller’s Flash jokes that it is definitely not a rumor. It’s a fantastic moment that serves both to remind audiences of the two Justice League actors with confirmed upcoming projects, but also works in the context of the show by making Peacemaker truly feel like part of a larger DC universe — one where everyone jokes about Aquaman and fish.

We then get an emotional montage that closes the story of every character, with Harcourt opening up to Peacemaker, Vigilante escaping from the hospital, Economos realizing he finally has friends, and Adebayo blowing the whole thing wide open. She decides not to bury their heroic actions under red tape, but to call a press conference and reveal that Peacemaker’s diary was fake, revealing the existence of the Suicide Squad and Waller’s involvement with her secret task force. After many easter eggs and references to other heroes, this is arguably Gunn’s biggest contribution to the larger DC lore. Now that the public is aware of Task Force X, will it change anything significant? Probably not for a while, but it is a cool moment with exciting repercussions.

We end with Peacemaker at home and Eagly bringing him yet another dead possum. We also see Groff alive and well, with Peacemaker making a peace offer with some leftover butterfly goo food. Even Peacemaker’s dad, Auggie, makes a return. But he doesn’t seem to mind, as he finally starts to find a way to be at peace with his life and his past.

Peacemaker is a more adult effort than Guardians of the Galaxy, which plays to Gunn’s visceral and irreverent sensibilities, and also longer and more character-focused than The Suicide Squad. The result may just be the best superhero story James Gunn has ever told. Thankfully HBO Max has announced a second season, because when it comes to more Peacemaker episodes, I really do wanna taste it. 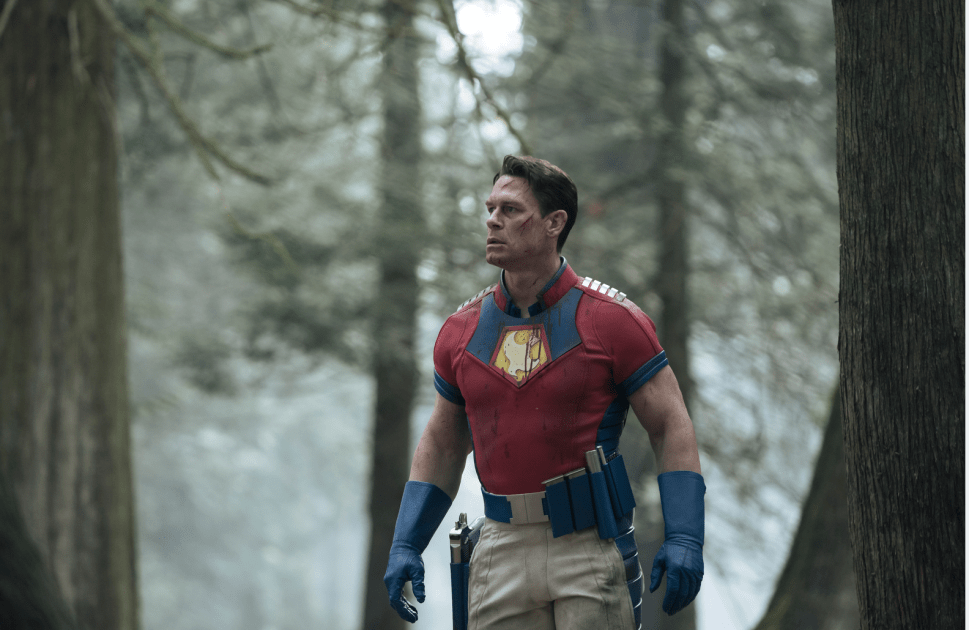