In late January, users of the popular star-gazing software Guide observed that a large piece of space junk was on course to crash into the far side of the Moon on March 4. At the time, they thought it was the spent upper stage of a SpaceX Falcon 9 rocket that launched a climate satellite, DSCOVR, in 2015. Turns out they were wrong. As the estimated impact date approaches and more data become available, astronomers now believe the space debris is probably a dead booster from a 2014 Chinese lunar mission.

In an update on his website over the weekend, the creator of Guide software, Bill Gray, explained how he came to realize he was wrong.

Gray said he and other observers first noticed an unidentified man-made object in Earth’s orbit in March 2015. The Guide software keeps track of about a dozen spacecraft in “high, near-moon orbits” so users searching for asteroids know what not to look at. (“They’re looking for rocks, not junk,” Gray says on his website.)

Because the object was observed about a month after DSCOVR was launched, they began looking into the possibility it was a piece of stray hardware from the mission. Further data confirmed that the object had gone past the moon two days after DSCOVR’s launch, leading Gray and his fellow astronomers to believe the object was the spent Falcon 9 upper stage that deployed DSCOVR. “The object had about the brightness we would expect, and had showed up at the expected time and moving in a reasonable orbit,” Gray wrote.

Multiple media outlets, including Observer, reported Gray’s finding in January, which apparently prompted more astronomers to look into the matter. Space junk is generally seen as an environmental hazard, especially when it has the potential to crash into other spacecraft or extraterrestrial bodies. Although there have been deliberate crash landings on the Moon as a result of exploratory missions, Gray said this would be the first unintentional case of a man-made spacecraft hitting the moon.

On Saturday, Gray received an email from Jon Giorgini, an engineer at NASA’s Jet Propulsion Laboratory (JPL), which said the spacecraft couldn’t be the Falcon 9 used in the DSCOVR mission, because DSCOVR’s trajectory didn’t take it particularly close to the Moon. JPL doesn’t track space debris, but it does follow many active spacecraft, including DSCOVR.

Gray said he didn’t have the trajectory for DSCOVR when making the original prediction, which made a DSCOVR lunar flyby seem plausible. Now that he had the information, he began looking for other space missions launched around the same time that might account for the mysterious object.

So far, the most likely candidate is the booster of a Chinese rocket that launched the Chang’e 5-T1 lunar mission in October 2014. Chang’e 5-T1 sent a small spacecraft to the Moon as a precursor test for China’s first lunar-sample return mission. Its launch time and lunar trajectory are almost an exact match to the observed orbit of the unidentified space debris.

Still, nothing is 100 percent certain. “In a sense, this remains ‘circumstantial’ evidence,” Gray wrote. “But I would regard it as fairly convincing evidence.”

According to his calculation, the object will most likely crash into the far side of the Moon, near the equator, on March 4 at 7:25 am ET.

We won’t be able to observe the event from Earth because it’s on the dark side of the Moon. But satellites orbiting the Moon, including NASA’s Lunar Reconnaissance Orbiter and India’s Chandrayaan-2 spacecraft, may be able to collect data about the crash for future research. 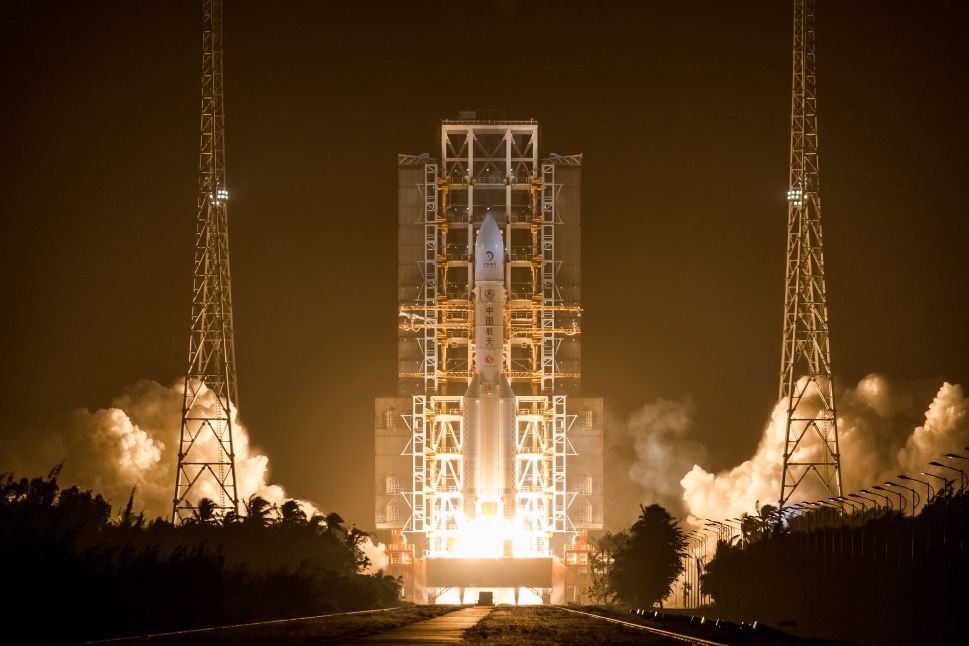