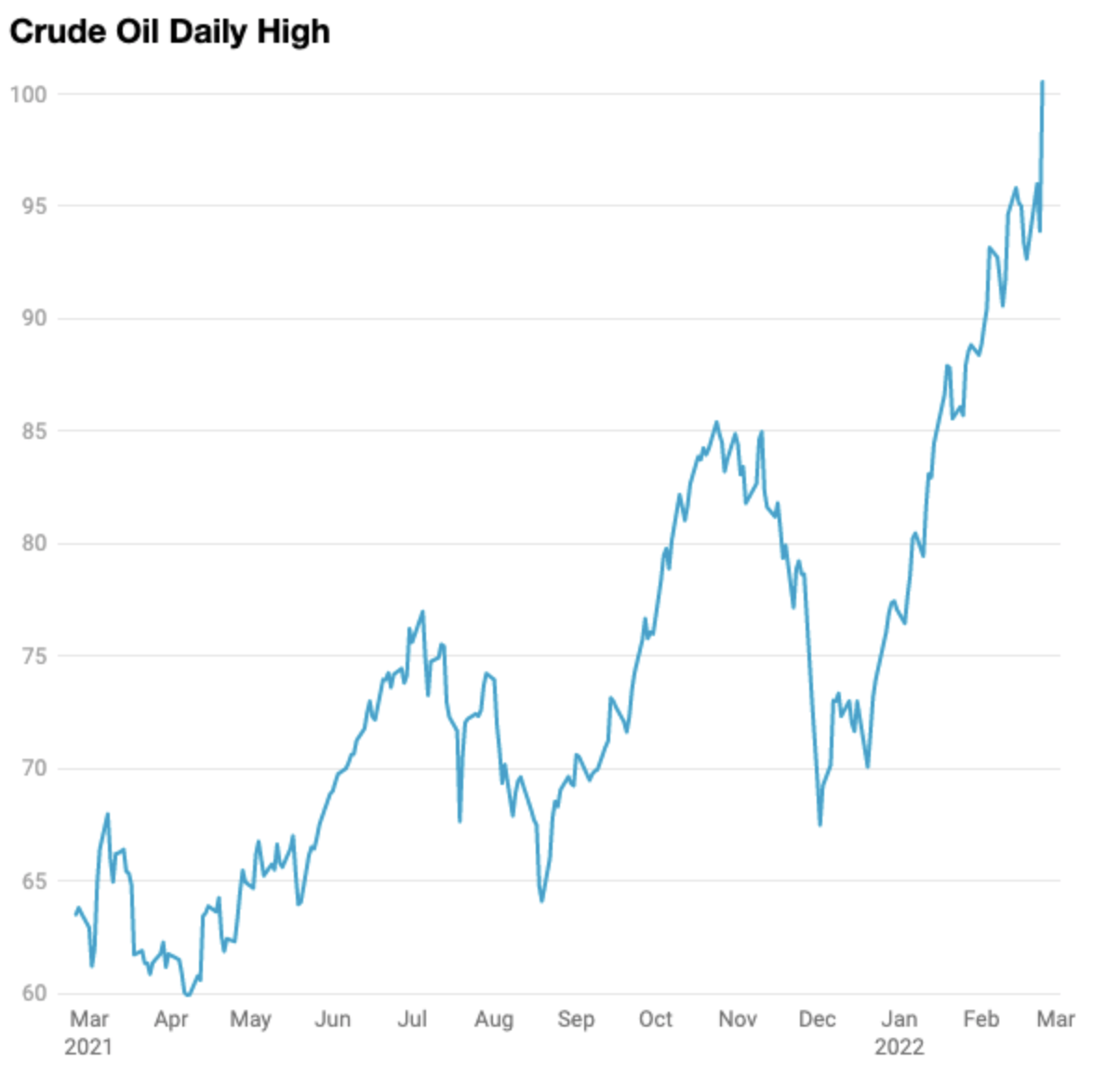 Even though Russia’s invasion of Ukraine Thursday morning had been signaled for weeks, it nonetheless set off widespread volatility in worldwide markets. From Estonia to Ethereum, the invasion’s impact was felt in nearly every market. The three major US stock indices, which had already been in the doldrums in part because of anticipation of an invasion, are now all in correction territory, with Nasdaq in official bear market status.

Unsurprisingly, the most damaging effects were felt in Russia itself, where investors have to take into account not only the possibility of a bloody, lasting conflict, but also the impact of sanctions, capital restrictions and export controls imposed by Western countries. Russian stocks plummeted some 45% on Thursday morning, and trading was briefly suspended. The value of the ruble against the US dollar fell to a ten-year low.

Because Russia is a major exporter of oil and natural gas, the price of oil shot up to over $100 a barrel for the first time since 2014. This will have powerful ripple effects well outside Russia, and threatens to reanimate the inflationary energy that seemed to be easing in the United States and elsewhere. Other industrial commodities experienced similar spikes, particularly those connected to Russia like platinum and palladium. Gold, to which investors often flock during times of geopolitical uncertainty, saw its price predictably hiked.

Somewhat surprisingly, the major cryptocurrencies—which historically have not been especially correlated with real-world events—also took a hit. Ethereum was down as much as 11% early in the day before recovering somewhat. 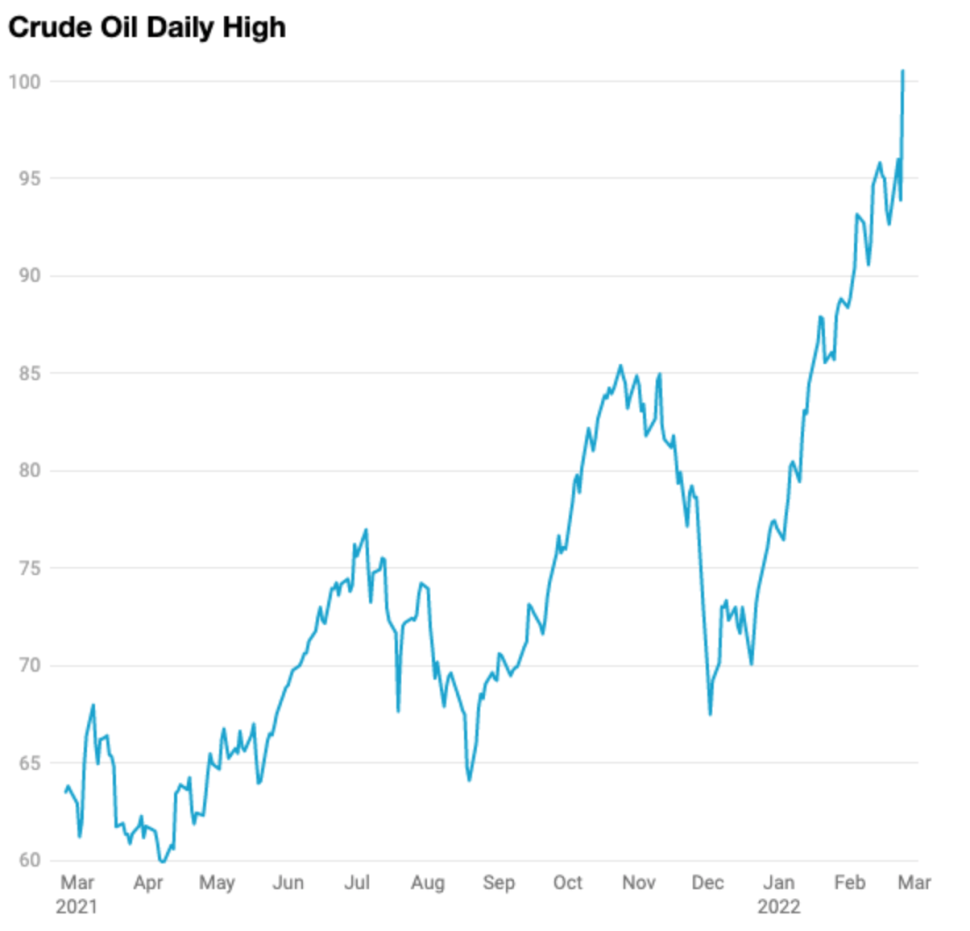