Russia’s aggressive military efforts to invade and take over Ukraine have reached their fifth day, with Ukraine having just applied to join the European Union amidst ongoing news of citizens being targeted with concentrated shelling and bombing strikes. In addition to worldwide condemnation of President Vladimir Putin and the Russian forces, cultural fallout has also been swift: artists and art institutions have moved en masse to have projects based in Russia or affiliated with Russia removed. Additionally, Russian artists Alexandra Sukhareva and Kirill Savchenkov and Russian curator Raimundas Malašauskas said that they will not contribute to the Russian Pavilion at the Venice Biennale this year. “Consequently, the Russian Pavilion will remain closed,” the organization announced on Instagram.

Oleksandr Tkachenko, Ukraine’s Culture Minister, has called for strict sanctions against Russian cultural output: his statement urges that projects that the Russian government is involved with should be cancelled and that international Russian cultural centers should have their operations temporarily suspended.

“There is no place for art when civilians are dying under the fire of missiles, when citizens of Ukraine are hiding in shelters, when Russian protesters are getting silenced,” Russian artists Sukhareva and Savchenkov wrote in a joint Facebook post. Gestures of solidarity are unfolding alongside violence in real time: on Monday, the Kiev Independent reported that Russian military forces had burned down a history museum in Ivankiv, a city north of Kiev, that had held 25 works of art made by the Ukrainian folk artist Maria Prymachenko.

“Russia’s armed attack on Ukraine destroys many objects of civilian character and objects of cultural heritage in Ukraine,” Vlada Litovchenko, the director of the Vyshhorod Historical and Cultural Reserve, added in a Facebook statement. “Numerous historical and architectural monuments and archaeological sites are under threat of artillery shelling and uncontrolled movement of heavy military trucks.”

As Russia’s attacks are playing out, organizations around the world are rapidly putting together fundraisers, sales and other initiatives to drum up funds to donate to Ukrainian civilian organizations, including compilation documents of Ukrainian artists in need of support and a drop of 10,000 NFTs minted on Ethereum that will benefit the Return Alive Foundation and NGO Proliska. 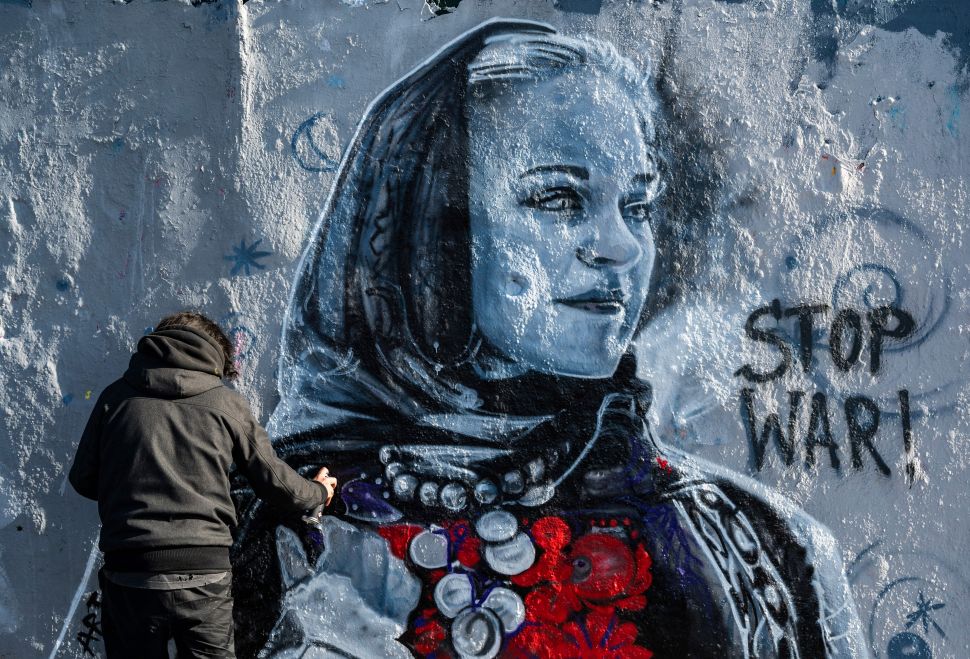