For more than two decades, Ryan Michelle Bathé has appeared on such shows as Girlfriends, Brothers and Sisters, Empire and This Is Us. But after wrapping up her second season as one of the stars of the BET+ comedy series First Wives Club, the 45-year-old actress was given an opportunity to co-lead her first network drama on NBC—and she was ready to rise to the challenge.

Created by Jake Coburn and Nicholas Wootton and executive produced by Justin Lin (the Fast & Furious franchise), The Endgame begins with the arrest of Elena Federova (Deadpool and Firefly’s Morena Baccarin), an international arms dealer who, while in federal custody, inexplicably orchestrates a series of coordinated bank heists across New York City. She meets her match in Val Turner (Bathé), a relentless and socially outcast FBI agent who will stop at nothing to foil Federova’s ambitious, albeit mysterious, plans—even if it means bending her own moral compass. Val and Elena have crossed paths before, five years earlier when Elena tried to kill Val for reasons that remain unknown in the pilot.

“This is actually my first time up at bat in this particular capacity, and I think that is what led me to this role,” Bathé told Observer. “They’re literally two women who are saving the world, destroying the world—we’re not quite sure what’s happening with Elena,” she added with a laugh. “But certainly, Val wants to save the world.”

In a Zoom interview from New York City, where she has been filming the 10-episode first season of The Endgame, Bathé spoke about Val’s fateful reunion with Elena, her character’s intrinsic guiding principles, and the invaluable opportunity of playing against type.

[Note: The following interview contains spoilers for the pilot episode of The Endgame.]

Observer: What kinds of conversations have you had with Morena and the rest of the creative team to define that cat-and-mouse dynamic between Elena and Val?

Ryan Michelle Bathé: Morena is truly a master actor. She’s precise, insightful and surgical, and the dynamics that we are trying to come up with and explore are very much happening in the moment. It’s like an acting class 101, and I think that is where we’re finding what that dynamic is. Because to your point—and we talk about this all the time—it is central to this show. When they are talking to each other and being with each other, that really does anchor us and ground us in the world of the show.

How much do both of you ultimately know about your characters’ inextricable connection? Have you been given a backstory already about what happened between them five years ago, or is that something that slowly reveals itself over the course of this season?

The answer is no, no, no. [Laughs.] Not much is given to me. I’m only really not that far ahead of you guys because I get the scripts as they come, and so what “the endgame” is…I don’t know. And I keep having to remind people of this—this is not a show that folds out over weeks or months. The pilot is day one, the next episode is day two—this is happening in real time. So the idea of, “Oh, what’s the backstory?”—while I love all that homework, this is not that. It’s like being dropped into a very particular moment in a person’s life.

In the pilot, Val’s life is thrown into disarray when she is handed divorce papers from her husband Owen, a federal agent who is serving a 10-year sentence for taking drug money. How is she handling the fact that a man whom she has known and loved since they were children suddenly wants to sever all ties with her? What is her state of mind when she first encounters Elena?

I think Val has to put it on the back burner because there’s lives to be saved. The moment changes for Val when she has to save the two little girls, and she realizes that Federova is dangerous in ways that we cannot predict. And a lot of times, in the business that she’s been in, there’s a certain predictability about the bad guy. Having talked to our FBI consultant, they do have an emotional attachment to their job and to the people that they want to save, so I think that, yes, she’s dealing with that. But at the same time, she’s like, “There’s somebody that needs to be saved right now, and that I can do. I can’t fix my marriage right now, but what I can do is save these little girls right now.”

What have you learned from working with an FBI consultant, and how have those insights informed the way that you play Val?

I try to keep in mind that there is a training that they get that informs the way they walk, the way they talk, the way they move literally and figuratively through the world. I also try to find the ways in which Val chooses to be very different from that way.

The very few things I know about Val is that she’s from Red Hook, Brooklyn, and she still works here in New York. You can be an FBI agent anywhere. You don’t have to be here in New York. I would think D.C. would probably be where all the action is if you really want to move up in the ranks, right? But she’s a Field Agent, and I think that what she tries to bring to her job is like, “I’m from here. I’m an FBI agent who did not leave my post. I’m a New Yorker through and through. So if there is organized crime or whomever, whatever, I can go to whatever guy or gal, and I have a way of connecting with them that this other person may not have because they’re not from here.” It’s rare these days for people to say where they’re from and to use that as a way of making their jobs and their communities better.

Val describes herself as a “street fighter,” and she is loyal—to a fault—to the institution that she works for, because she was the one who turned her husband in but was ultimately reprimanded for her actions. What is the biggest impetus for her ruthless quest for justice?

I think the fact that her father was a police officer, the fact that she feels like that is a way to promote and do good in the world. I think now you can stroll through Red Hook, Brooklyn at 3 o’clock in the morning and be fine—and there’s still gritty parts of New York, please don’t get me wrong. But there was a time that there were places you just did not go, and I think that has shifted in the past 10, 15, 20 years in New York. I know that the idea that New York can be a dangerous place is starting to come back potentially, particularly because of COVID, and I don’t want to make light of any of that. But I do want to point out that there was a time when Times Square looked very different than it does now. There was a time when certain neighborhoods looked very different than they do now—gentrification has happened.

But Val grew up at a time when it looked really dangerous, and for her, it’s a very stark choice between doing good in the world and not doing good in the world. What drives her is that it’s been ingrained in her that you can do good if you choose the right path, if you choose to give your life to, in her case, law enforcement, but to dedicate it to your country, to your community.

You’ve already played smart lawyers on Boston Legal and All Rise, so has it been intentional for you to choose characters that are empowered and educated but also undeniably complicated?

Like, yeah, sure. I’d love to play Shang-Chi, but that’s not my role. I’m in Williamsburg and I love that show Unorthodox—I’d love to be in Unorthodox, but that’s not my role. So the artist in me wants to do it all. [Laughs.] But I can’t because there are certain realities and there are certain things that just aren’t for me because they’re for those people that also need that type of representation, right?

So we’re grappling with that in real time, and we’re also grappling with the fact that there is, again, a casting director on the other side of that who sees something in you that you may not see in yourself. Or that you see, but you have to make peace with the fact that, yeah, I’m gonna be the girl that goes in and 9 times out of 10, I’m probably gonna book the job for a lawyer, smart, just graduated, ready to take on the world, sassy, 5’4”. I’m not gonna book the role of the ex-supermodel at 100 pounds who has a drinking problem. [Laughs.] I mean, would it be interesting? Yeah. But there are certain realities and then you accept that.

Your two other shows, First Wives Club and All Rise, have both been renewed for a third season, so do you currently have any plans to appear in those shows in addition to The Endgame?

Well, speaking of smart, fabulous, beautiful lawyers, Rachel Audubon is so close to my heart. I love her. She’s the character I played on All Rise. It should be criminal how good that show is—and how good that cast is. So if they will have me back, my only caveat is they can’t kill me. [Laughs.] I want to be able to come back! Rachel Audubon needs to live forever! And her clothes—I can’t wait to get back in her clothes! I’m like, “Please, just let me go for a fitting.” And I’m not a person who likes fittings. Also, All Rise got picked up by OWN [after being canceled at CBS], and I was like, “I want Oprah to be my boss!” [Laughs.]

You’re in the middle of shooting episode 7 of The Endgame right now, so what can you preview about the rest of the season?

I will say this: I think The Endgame is like lighting a match. Each episode is another match—it’s not a slow burn. This is not gonna be like some of the streamers where you get 10 episodes and nothing happens. [Laughs.] Every episode, something big happens and another big clue is revealed. So if that’s for you, this is your show, because it’s very fast paced. 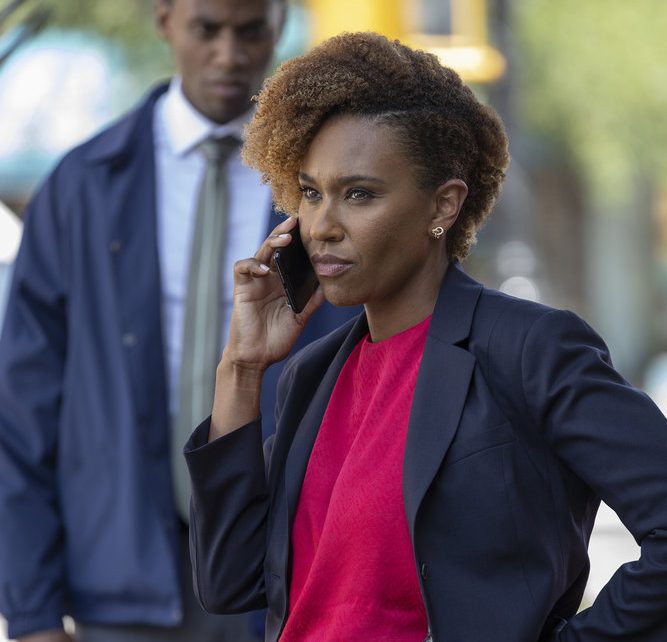 Filed Under: TV, Entertainment, NBC, This is Us, Ryan Michelle Bathe, Morena Baccarin