SpaceX is about to lose up to 40 Starlink satellites from its latest launch due to a strong geomagnetic storm that disrupted the satellites’ trajectory.

A SpaceX Falcon 9 rocket launched a batch of 49 Starlink satellites last Thursday (February 3) from the Kennedy Space Center in Florida. A day later, a geomagnetic storm increased the density of Earth’s upper atmosphere, preventing the satellites from reaching their intended orbit.

“Unfortunately, the satellites deployed on Thursday were significantly impacted by a geomagnetic storm on Friday,” SpaceX said in a mission update on Tuesday. “These storms cause the atmosphere to warm and atmospheric density at our low deployment altitudes to increase.”

Though the satellites were commanded into a safe mode where they would fly “edge-on (like a sheet of paper)” and “take cover from the storm,” they eventually failed to carry out the maneuvers required to reach the required altitude.

“Preliminary analysis show the increased drag at the low altitudes prevented the satellites from leaving safe mode to begin orbit-raising maneuvers,” SpaceX said, adding that up to 40 satellites will de-orbit back to Earth. Starlink satellites are designed to disintegrate upon re-entering Earth’s atmosphere, so there will be no space debris or risk of collision with other spacecraft, the company said.

A geomagnetic storm is a temporary disturbance of Earth’s magnetosphere that occurs when there is a “very efficient exchange of energy from the solar wind into the space environment surrounding Earth,” according to the Space Weather Prediction Center, operated by the U.S. National Oceanic and Atmospheric Administration (NOAA).

During a geomagnetic storm, Earth’s upper atmosphere gets warm and dense, sometimes enough to affect spacecraft in low Earth orbit.

The storm SpaceX observed on Friday came from a sun eruption on January 30 that sent a wave of charged particles toward Earth that was expected to arrive on February, Space.com reported. The speed and severity of the storm resulted in an “atmospheric drag” that was up to 50 percent higher than during previous launches, SpaceX said. 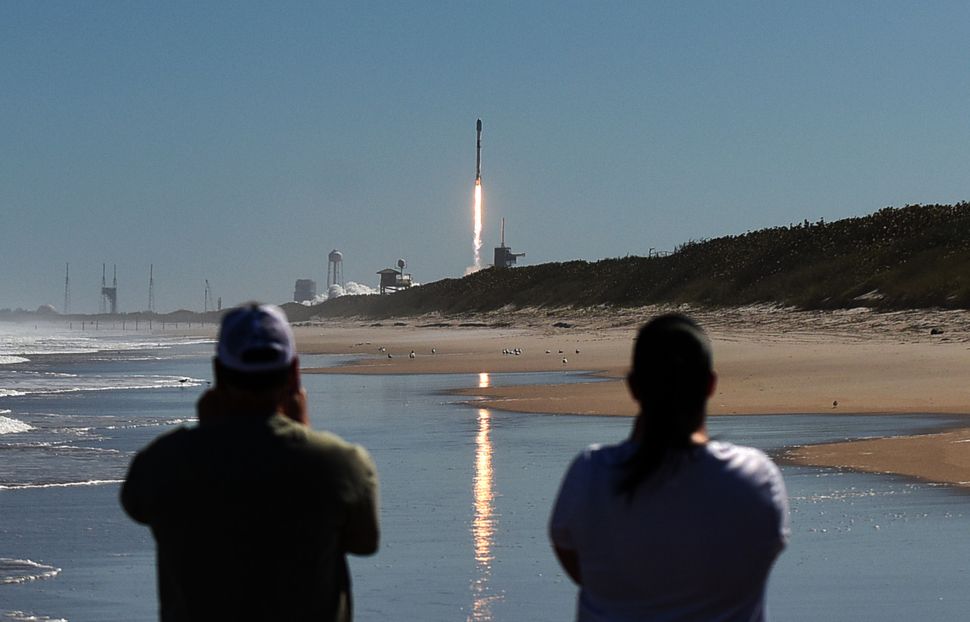