SpaceX has stacked its latest Starship prototype, SN20, on top of a Super Heavy booster called BN4 at the company’s “Starbase” test site in Boca Chica, Texas ahead of the first Starship orbital test flight and CEO Elon Musk’s highly anticipated update on the project.

Musk is expected to give a presentation Thursday night at “Starbase” against the backdrop of the fully stacked Starship, updating the public about the latest progress of the massive spacecraft, designed to carry cargo and humans to the Moon and Mars. It will be Musk’s first major Starship update since September 2019.

A webcast of the presentation will be available on SpaceX website starting 9 p.m. Eastern Time on Thursday.

“As backdrops go, this is a good one,” Musk tweeted Sunday in response to a Teslarati article about the Starship stacking.

To date, SpaceX has built 12 Starship upper stage prototypes and flown five for high-altitude (10 kilometers) tests without a booster. The SN20-BN4 combination will be the vehicle used for the first orbital flight.

The stacked rocket is the largest spacecraft ever built. Standing at 394 feet tall, it’s bigger than NASA’s Space Launch System (SLS) rocket (322 feet) for the upcoming Artemis I mission as well as the Saturn V rocket (363 feet) for the Apollo missions in the 1960s. Starship has about the same diameter as NASA’s SLS.

SpaceX is currently aiming to launch Starship’s first orbital test as soon as March, provided that the Federal Aviation Administration completes its environmental assessment of the project on time by February 28.

Though the completed prototype is standing in Boca Chica, SpaceX has been constructing a second launch complex at Florida’s Kennedy Space Center. 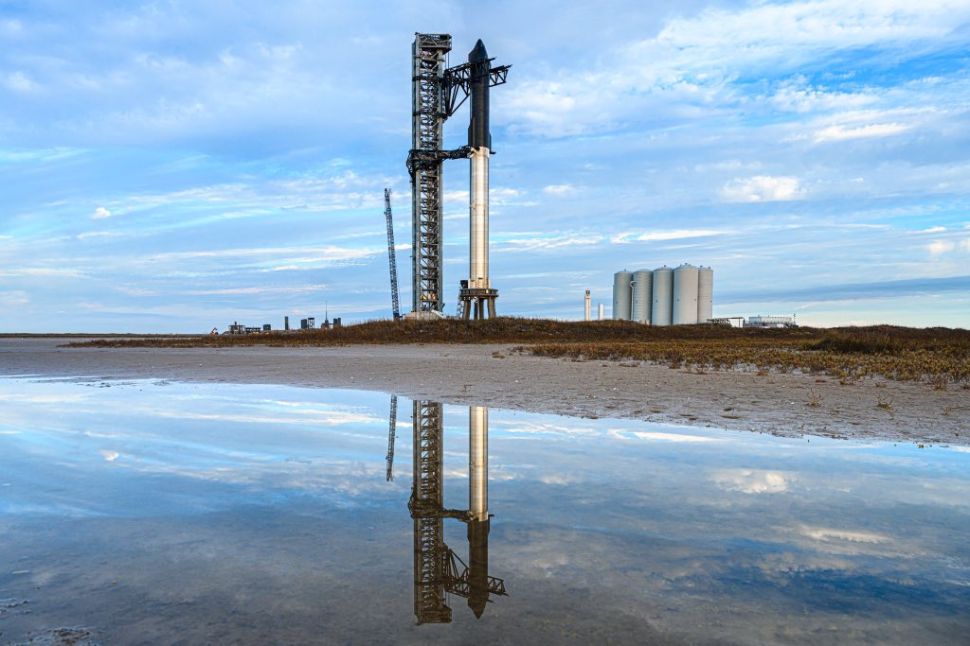