She would’ve been one-hundred-and-one this year. A guilt-driven workaholic, the great crime writer Patricia Highsmith kept diaries and “cahiers” all her life. The cahiers were notebooks in which she kept the germs of ideas and musings on art, books, and politics. In November, extensive excerpts of the two were published as Patricia Highsmith: Her Diaries and Notebooks. As editor Anna von Planta notes in her introduction, many of the entries were written in French, German, and Italian in an effort to avert the prying eyes of mothers and girlfriends. Here is the portrait of the artist as a young girl. The journals begin in 1941, following a twenty-year old woman living at home and going to college in New York. (She makes a joke about New York being a character in 1942. Pat, no, one wants to sigh.)

The early years bring optimism—and many, many exclamation marks. Women are praised and dragged, stories are written and rejected, drinks are downed, mothers are avoided, and “love goes hurtling.” Highsmith had a notoriously difficult relationship with her mother. Later in life, Highsmith’s mother went insane and Highsmith refused to go to America for the funeral. She could never forgive her mother for marrying the creepy stepfather Stanley Highsmith, from whom she took her name and not much else.

The quippiness of the journals is a delight, few can sum up the creative life this deliciously. How often artists in New York still tell each other the things she writes:

“Insufficient reading. I must change my habits or remain a dolt as to world literature.”

“I need a job that doesn’t demand any creative effort.”

“To be creative is the only excuse, the only mitigating factor, for being homosexual.”

“How many days of passion can one net per week? About one.”

The sexual apetite of Patricia Highsmith was voracious, she dubbed sex the only religion for her. McCarthyism hardly stopped her from adding to her score sheet (a literal one, it should be noted, reproduced here without names for the reader’s own purierient eyes). Fueled by alcohol, some nights she kissed three women, attempting to hide each from the other. One of her later lovers, Marijane Meaker, wrote a book about their time together: Highsmith: A Romance of the ‘50s. At least three of Highsmith’s long-term lovers attempted suicide. One lover, Cornell, died due to complications after an attempt.

By 1945, she had slept with six of her eight closest friends. The L Word starts to look like a model for healthy relationships. Her view of lesbianism is one of domination and submission, teacher and student. She vacillated on the force of love in her life, though it presents one of the clearest through lines: “God damn it. I need a good love affair.” She kisses a girl on the L train platform, something I know many of us have done without much thought. “It takes a hell of a lot of time to be in love,” she jots down.

The relationship of Highsmith’s sexuality to gender is inescapable. She often wishes she was born a boy, that she feels like a husband waiting for her wife to come home, or that a man “fancies [her] a boy.” Her longest male lover, Rolf, was also a homosexual. Straight parties bore her. Drinking was the antidote, of course. Highballs, gin, beer, that sort of thing.

Much has been made of Highsmith’s transmutation of life into fiction. When considering a sequel to The Price of Salt, her famous explicitly lesbian novel that became the popular Todd Haynes film Carol in 2015, she detailed which lovers she could draw on for material, but material it was. “Carol” was a composite based on multiple lovers. The woman that initially inspired Highsmith for instance was not someone she dated, only someone she met while working at a department store. Years later, Highsmith followed the woman to her house and peered in her windows without saying hello.

Work is the thing. She contemplates medium—which is truest, which is right—and often considers a career change in the early years. Artists are not above paying rent or a good hot meal and it’s nice to know Highsmith harbored her doubts. Between binge-drinking and binge-writing, she went out on the town. She met everyone: Truman Capote (fast gay neurotic friends), Margaret Atwood (they have tea), Wim Wenders (adapted one of her books), Carson McCullers (a mentor of sorts), Flannery O’Connor (while at the famous Yaddo retreat), Peggy Guggenheim (constantly hanging with the lesbian literati), Stan Lee (a co-worker in fact) and even Arthur Koestler. Koestler tried to make her enjoy straight sex—only to end up exclaiming he “did not know homosexuality was so deeply ingrained.” Coincidentally, my conversion therapist once told me the same thing.

Highsmith is only ever engaged to men for short spells, before calling it off when her career turns around. “Kissing them is like kissing the side of a baked flounder,” she says of one heterosexual attempt. Eventually, she abandons men altogether after a final failed engagement, an aborted attempt at psychoanalysis, and selling her first book Strangers On a Train. She certainly knew how to keep busy.

After completing The Price of Salt, Highsmith shows the manuscript to Kathryn Hamill Cohen, one of the women who inspired the book. Kathryn is unimpressed. A rookie mistake—though one many writers make again and again. Highsmith runs into the arms of one of her longest  and most toxic lovers, Ellen Blumenthal Hill. “The greatest and most honest book about homosexuals will be written about people who are horribly unsuited and who yet stay together,” she wrote of their time together. Highsmith becomes depressed and disillusioned, even as she dashes around Europe. Homosexuals, she believes, like each other less for their own company, than that the fact they’ve “all been through the same hell.”

Don’t worry, there’s plenty of bad love poetry despite her plea about the perils of “the bad poetry of the first days of being too much in love.” Some women make it easier to write, some harder, some both at different times. She begins to adopt cats at a prodigious rate, one of the more prominent ones is named Spider, though Spider is eventually rehomed to Muriel Spark. She moves upstate with a woman named Doris and begins her obsession with snails. Yes, snails. Many, many snails. She knew her snails well enough by sight to mourn the death of her first snail.

For a while she busies herself with Caroline, a married Englishwoman, even moving to England to be closer to her. It is one of her longest and surprisingly most stable relationships. Caroline receives the ex run-down, that classic queer maneveur. After this relationship too sours, Highsmith endures a lonely exile in France as her mother begins to lose it. Her novels continue to enjoy literary praise but the American market remains elusive. “She has her garden and her cats in Montcourt, but contentment remains elusive,” von Planta writes.

Plenty of adjectives have been attached to Highsmith’s curmudgeonly nature in her twilight years. The diaries Anna von Planta has collected certainly reflect this–though the virulent racism has been, as the introduction notes, pared down. Highsmith criticized a good deal later in life—America, French tax authorities, her exes, Israel, Menachem Begin, Kurt Vonnegut, Evangelical Christianity, her mother, even feminism—though she remained staunchly pro-abortion. Surely this abhorrent behavior sped up her isolation. She was not much for the company of others anymore, though even she felt lonely. The endless stream of women was coming to an end.

During a 1978 television interview, Highsmith pulled out one of her notebooks and reflected on her lack of success in America. She cackles and smokes. God, she looks good with a cigarette and that purple turtleneck. “I don’t like going out to dinner,” Highsmith snaps. The city is not for her. One almost gets the sense she’s enjoying herself, traveling around for book releases and hibernating in the Swiss countryside. Still, the final few diary entries obsess over rent disputes, property taxes, politics, and lost friendships. Highsmith died in 1995, not long after her seventy-fourth birthday.

It can be grim reading. Between the depression, tirades, and lost loves, Highsmith chronicles the life of a melancholic homosexual artist. The introduction reminds the reader to take the diaries as only one side of the writer. Diarists often write more in times of distress, leading to a skewed view of reality. Yet even in the pain, she remained devoted to the matters at hand. Highsmith said it all in a New Year’s toast:

“To all the devils, lusts, passions, greeds, envys, loves, hates, strange desires, enemies ghostly and real, the army of memories, with which I do battle—may they never give me peace.”

May we all be so dedicated to the stuff of life. 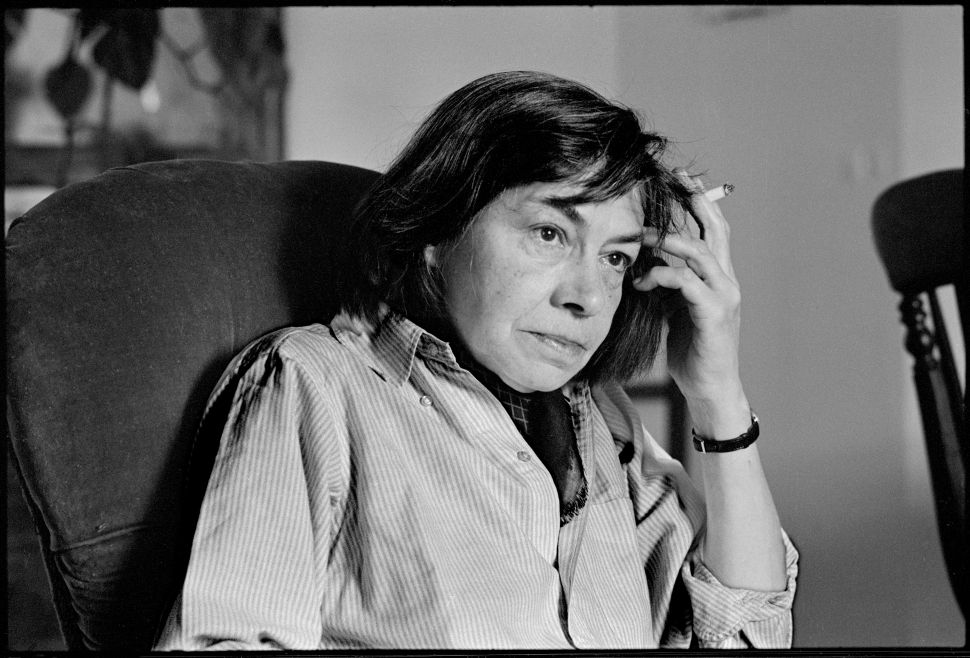