According to new reports, after years of sustained protests and similar moves by other arts organizations, London’s National Portrait Gallery is ending its collaboration with British Petroleum, bringing a relationship that lasted for over 30 years to an end. During that time, British Petroleum ensured that admission to the museum was free and also sponsored the annual Portrait Award, but BP’s worldwide reputation has drawn increasing criticism over the years. In 2019, two artists featured in an exhibition at the British Museum published an open letter calling out the company’s “devastating impacts on people and the planet,” as well as “decisions that have undoubtedly contributed to conflict, refugee crises and the worsening climate emergency.”

Similarly, the Royal Shakespeare Company cut ties with BP after students threatened to boycott the institution altogether, and the National Galleries of Scotland have also severed their connections with BP in the wake of the publishing of a scientific report that highlighted the finer points of the climate emergency.

“[BP’s] funding for the award has fostered creativity, encouraged portrait painting for over 30 years and given a platform to artists from around the world, as well as providing inspiration and enjoyment for audiences across the UK,” Nicholas Cullinan, the director of the National Portrait Gallery, said in a statement. The positive tone of this statement echoes sentiments released by the Metropolitan Museum of Art when they announced that they would be taking the now-infamous Sackler name down off their galleries.

But not everyone is buying the sentiment. “While the [NPG] won’t say it out loud, this is clearly a vote of no confidence in BP’s business,” Jess Worth, co-director of the organization Culture Unstained, told The Art Newspaper. “The company spent 30 years painting a picture of itself as a responsible philanthropist but it is rapidly running out of places to clean up its toxic image. Even now, it continues to invest millions in finding new sources of oil and gas, which will only push the world deeper into climate breakdown.” 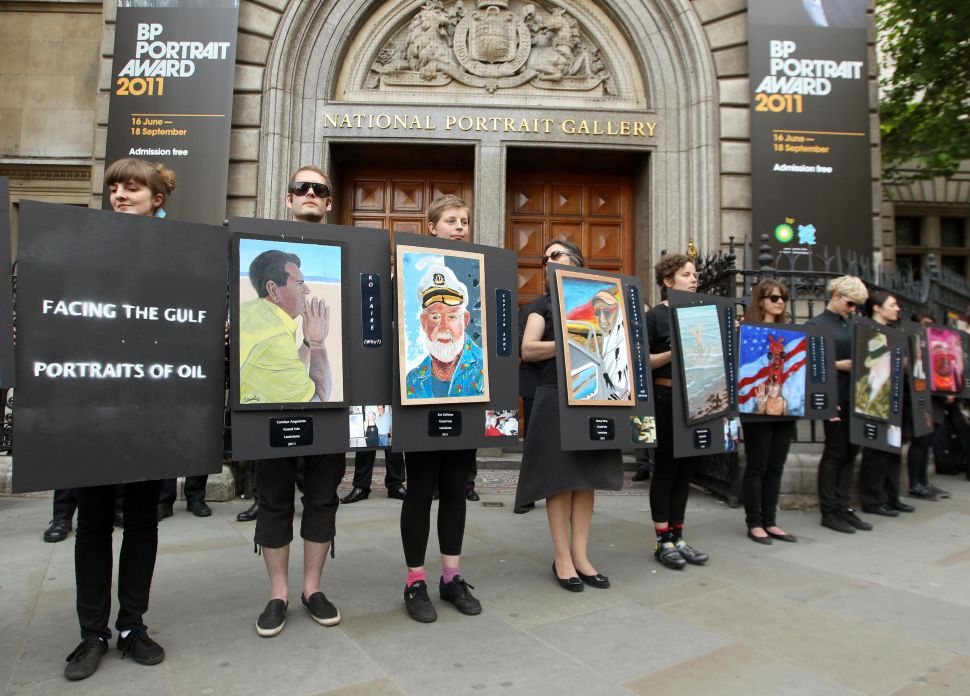