Somewhere in the middle of this four-hour timesuck called jeen-yuhs, I tried to crank up my empathy—and failed. Even a diehard Kanye West fan needs only about fifteen minutes of this shaggy compilation—perhaps the part where Kanye, still a producer and not yet a rapper, walks around the Def Jam offices trying to get people to listen to his demo, or the shots of a young Kanye easy and relaxed around his mother, Donda West, the closest we come to something we haven’t already seen.

Except Kanye’s such an inconstant and fragile character that I’m not sure what a diehard Kanye fan would even look like at this point. He has destroyed any sense of trust with his audience. Whatever community he’s being tied to, the deal falls through. With an outright fabulist like Trump, there is an underlying cause: white supremacy and fascism. If you roll with the embarrassment, you are at least playing a long game. But if you accept Kanye’s complete incoherence, what are you rooting for? The three good songs on Donda? A discount on Yeezys? A reunion with Julia?

The footage that makes up jeen-yuhs: A Kanye Trilogy was shot by Clarence Simmons and Chike Ozah (referred to throughout as Coodie and Chike). Everything began in 1998, when Coodie met West while hosting his own video show, Channel Zero, in Chicago. As West started to get more work as a producer, Coodie kept filming him. Coodie and Chike ended up working on a few of West’s music videos: “Through the Wire,” “Two Words,” and “Jesus Walks.”

The hundreds of hours of footage Coodie and Chike generated were originally intended as a documentary about the making of West’s 2004 debut, The College Dropout. Had things stopped there, it might have worked. The lion’s share of this flabby footage is fuzzy, shaky stuff, sometimes redeemed by the presence of young West. It’s reassuring to see that he was momentarily able to laugh at himself, back before the hits came and he could still goof around with his friends at a diner. He’s not exactly a charming figure, but his goofy youth is appealing.

Things did not stop there, sadly. If you were hoping someone would play Frost to Kanye’s Nixon, that person is not Coodie. He’s a hype man precisely where you want the opposite, narrating this entire mess like Quick Draw McGraw pitch-shifted down, and constantly stroking his benefactor’s ego or talking about his own life. (No offense, Coodie, as you seem like a really decent guy, but no thanks.) At an early Roc-a-Fella press conference, Coodie plays the ringer, asking Dame Dash about their new signee, Kanye West. Whaddaya know, West is willing to hop up to the mic and talk about himself in that slightly aggrieved and already insulted way of his.

This movie would better be entitled “me talking about this guy that I know but am obviously not that close to.” After his 2006 Grammy win for Late Registration (for Best Rap Album), Kanye, visibly drunk, can’t remember Coodie’s name and keeps calling him Chike. (The only thing surprising about drunk Kanye is that he’s somehow more narcissistic than the sober version.) Kanye tries, not for the first time, to pretend he’s joking around. The man who can barely make a record without dozens of collaborators never says a kind or loving word about anyone (other than Christ, later). Kanye’s painful raft of needs and constant hunger for affirmation is simply exhausting.

At the beginning of the third episode, in a scene from 2002, Kanye tells the viewer (or Coodie filming him) that he feels Rhymefest—the rapper who co-wrote Kanye’s “Jesus Walks”—has disrespected him by saying that Kanye isn’t a genius yet. (It’s worth remembering that it is 2002; Kanye is best known as a producer for Jay-Z and has not yet released his first single.) Rhymefest, perhaps the only person not constantly kissing Kanye’s ass in this movie, says what maybe everyone has been thinking in the eighteen years since The College Dropout: “Who are you to call yourself a genius? It’s for other people to look at you and say. ‘That man’s a genius.’ For you to feel disrespected because somebody doesn’t think of you as something, you gotta get yourself together, man.” Startled by the rare pushback, Kanye lamely tries to pretend he is joking, again. He has, as of today, not gotten himself together. 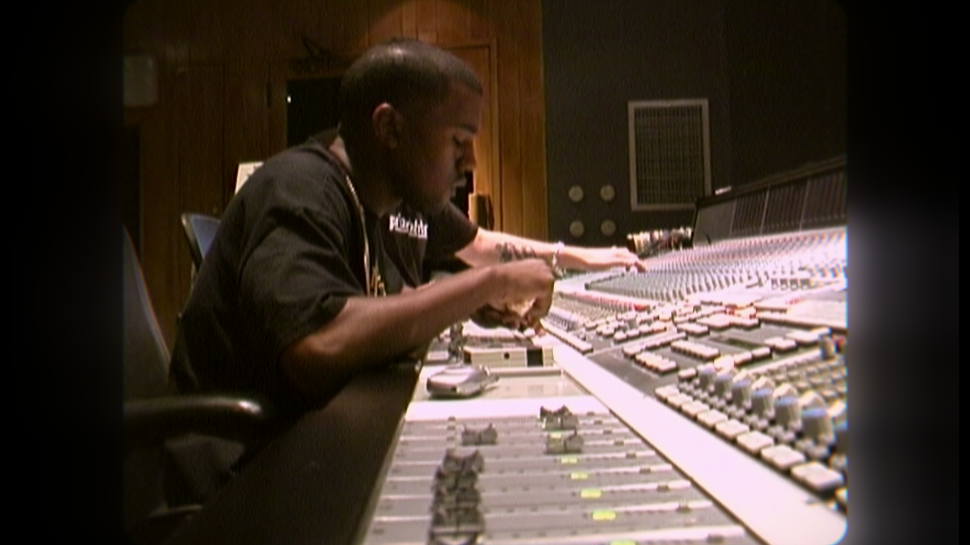