The Worst Person in the World, Norwegian director Joachim Trier’s latest film, hits on a universal truth: None of us know what the hell we’re doing. The film, which initially premiered at Cannes, focuses on Julie (a magnetic Renate Reinsve), a woman struggling to figure out what she wants her life to be—and who she wants to be within it. It’s told in 12 chapters, with a prologue and an epilogue, and Trier uses a narrator to describe many of Julie’s decisions. The conceit and structure lands perfectly, with moments reminiscent of Amélie, another film about an uncertain woman with an omniscient narrator. The Worst Person in the World, however, takes a bleaker perspective: we’re all hurtling towards death as we grasp for meaning.

When we’re introduced to Julie, in the efficient prologue, she’s a medical student obsessed with achievement. She realizes she’d rather study the soul than the body and switches to psychology, then quits altogether to pursue photography. She meets acclaimed graphic novelist Aksel Willman (played with depth and gravitas by Anders Danielsen
Lie) and quickly falls into a relationship with him. As Julie moves through the world, often stumbling into self-destructive patterns, it’s clear she’s searching for something. Her father is emotionally absent and she’s bored. It’s only when she encounters Eivind (Herbert Nordrum) while crashing a party that she breaks up some of the tedium by playing with the boundaries of what defines cheating.

Julie’s journey, told over several years (including the pivotal moment of turning 30), can be frustrating to watch—less because we want her to make better choices than because we can relate. She tells Aksel she feels like a secondary character in her own life, waiting for things to begin, and who hasn’t experienced that sense of aimless floating? Your 30s are supposed to be defined by all of these weighty things. There are so many expectations waiting to be met in “real” adulthood. Julie’s concerns—whether she wants children, who to be in a relationship with (or whether to be in one at all), what career to pursue—are tangible, particularly as the character grapples with her own restless nature. A dramatic turn, which comes in the later chapters, shifts her understanding of life, although it doesn’t necessarily settle her.

Trier, who co-wrote the film, is interested in subverting expectations. In an early scene Julie wonders why film and TV shy away from menstruation; later, Trier orchestrates a drug-fueled dream sequence where Julie removes her tampon and flings it at her estranged father. It’s not shocking—at least not for female viewers—so much as it is truthful in the most primal way. (Who hasn’t wanted to hurl a bloody tampon at someone who hurt them?) Reinsve plays these moments, as well as the film’s more emotionally heavy scenes, with authenticity and a quiet desperation. Julie aches to break free of something, even if she’s not quite sure what it is.

The Worst Person in the World ponders what it means to be an adult without the traditional structures, like parenthood. How can we move through the world in a meaningful way without marriage, or children, or a specific career path? Is it selfish to look for other ways of living in order to find that meaning? Julie, in another of Trier’s subversions, isn’t wild for the sake of being wild. There’s genuine motivation behind her aimlessness. At one point, she’s so moved to tears by a sunset that she feels forced to shift something in her day-to-day existence. Later, she leaves Aksel, in one of the film’s most heart-wrenching and resonant scenes, because she wants more, even if she doesn’t know what that looks like. The story is infused with a sense of melancholy, as if Trier knows there are no easy answers to all the questions he poses. He’s right to pose them anyway.

For Julie, the restless wanting only yields more wanting, but she manages to embrace that feeling. The brief epilogue is hopeful without tying a bow around the character’s journey, although Trier perhaps makes things a bit too on-the-nose in the final scenes. Is it possible to find meaning in our lives? Certainly, although for many there will still be that nagging feeling that something is missing and we may never find out what it is. The Worst Person in the World is a poignant reminder there is beauty in that uncertainty if we can only accept it. 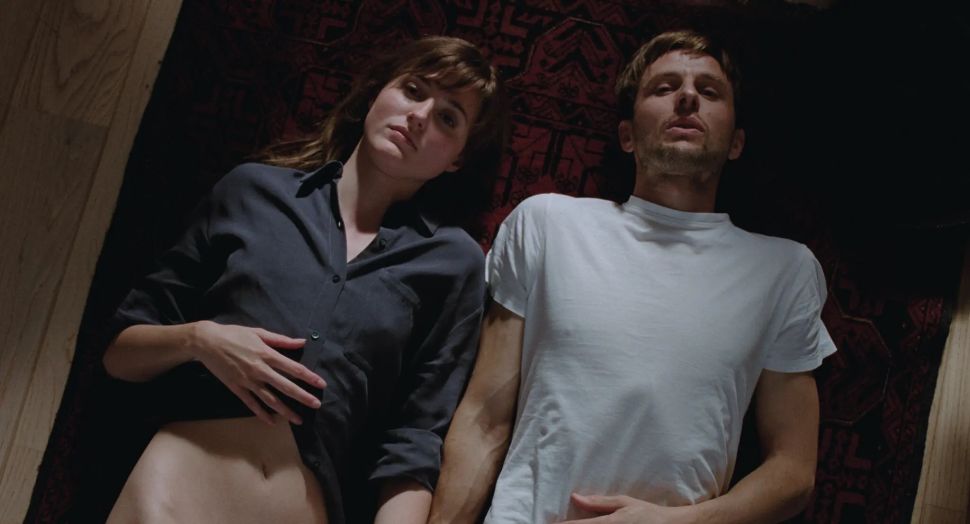