Tom Holland does his best version of Indiana Jones in Uncharted, a mediocre take on a very good video game franchise. The film is based on Naughty Dog’s extremely popular action-adventure series, and alongside the excitement of the video games, this two-hour jaunt into Nathan Drake’s world feels limp, at best. Director Ruben Fleischer does his best to bring flashy set pieces and tensely-wrought action sequences into the narrative, but for most of the movie you wish you were the one holding the controls.

As Nate, Holland is likable and attractive, although he isn’t given much characterization to work with. Here Nate is a suave New York bartender who swipes jewelry off unsuspecting customers, and he seems ready for adventure—a quick montage of him doing push-ups and rope climbs in his tiny apartment makes that, along with Holland’s swelling biceps, overtly clear. One night Victor “Sully” Sullivan, a badly miscast Mark Wahlberg, shows up at the bar and coerces Nate into helping him find a legendary stash of gold that dates back five hundred years, lost during the circumnavigating expedition of Ferdinand Magellan. Sully thinks Nate has a clue that will lead them to the gold, thanks to Nate’s long-lost brother Sam, shown only in a requisite flashback.

The unlikely pair, who have as much chemistry as a PlayStation and an X-Box controller, set off on a mission to follow a sequence of clues with the help of Chloe (Sophia Ali). They’re armed with two gold crosses—actually keys—and a journal left behind by the captain of Magellan’s ship. Unfortunately, Santiago Moncada, whose ancestors funded the Magellan mission, also wants the gold. The one-dimensional villain, played gamely by Antonio Banderas, has an unlimited supply of money and many, many disposable henchmen. Essentially, the story is about two competing teams globe-trotting for the treasure, with dashes of Indiana Jones, National Treasure and recent Fast and Furious movies along the way.

Uncharted plays like something that has been written and rewritten too many times by too many people—the screenplay is credited to Rafe Lee Judkins, Art Marcum and Matt Holloway—and Hollard, as amiable as he is, remains an odd choice to play Nathan Drake. In a short fan film from 2018, avid gameplayers cast Nathan Fillion in the role and the actor fit perfectly into Nate’s rugged shoes. Holland is a genuine movie star, particularly after Spider-Man: No Way Home, but he’s noticeably younger than the video game character with whom so many are familiar. Uncharted serves as a new prequel, of sorts, although after over a decade of development and numerous release date changes, it’s unclear what it’s intended as a prequel to.

The film’s finale, which involves a knock-out fight on pirate ships being flown over the ocean by helicopters, is absolutely ludicrous (so much so that it’s also pretty entertaining). But then almost everything in this movie requires some suspension of disbelief. Nate, thanks to his many push-ups and years of slinging a cocktail shaker, swings on ropes, jousts with swords and shoots guns like he’s had extensive training, and he solves complicated puzzles in all of five seconds. Ali and Tati Gabrielle, who plays mercenary Jo Braddock, are capable actors who give their characters a sense of sincerity, but Wahlberg basically just does his scenes as himself with a backpack and an obsession with gold. In the same way F9 made no sense but was mostly fun to watch, Uncharted sometimes finds real moments of fast-paced entertainment. It moves quickly and it’s a good diversion, even with the drag of Wahlberg.

Fans of the Uncharted franchise will enjoy the recreation of certain game moments and there are a few enticing nods in the two post-credits scenes, although the movie isn’t a remake of any particular game or storyline. It falters in similar ways to past video game adaptations, notably Tomb Raider and Hitman. Hollywood seems dead-set on continuing to channel video game IP onto the big screen, but the studios never have much success. It’s difficult to come up with one that’s really worked, save maybe for Detective Pikachu, which was a visually-stunning surprise. Did we need an Uncharted movie? No. Is it worth seeing? Sure, if you have nothing else to do and you’ve already played all the games in the series. Just know there’s no escape button once you enter the theater. 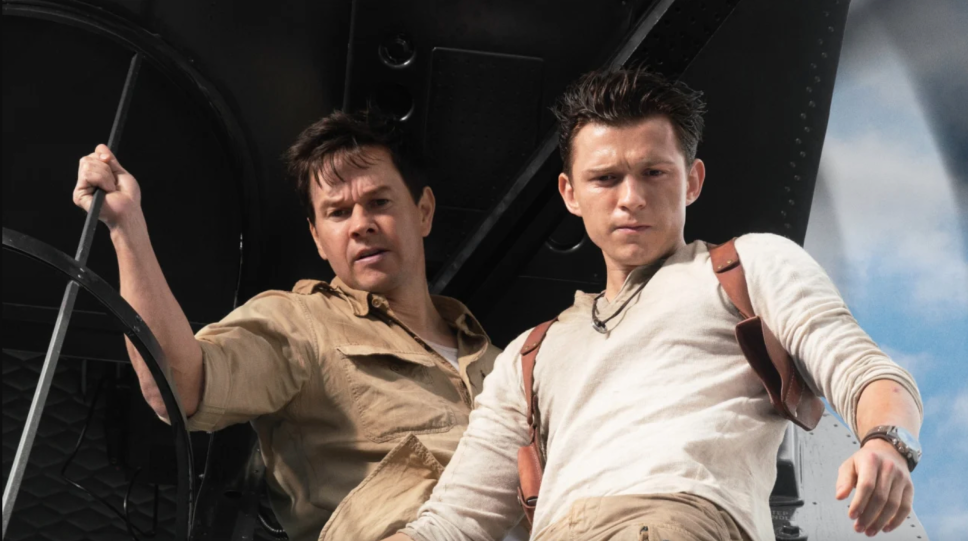