Workers at Meow Wolf have filed unfair labor practice charges against the immersive arts and entertainment company for anti-union activities. Workers at Meow Wolf’s Santa Fe location unionized in October of 2020 with Local 7055 of the Communication Workers of America (CWA.) Their unionization process was not easy. According to Adele Oliveira, writing in The New Republic, Meow Wolf initially strongly resisted the union and employees faced repercussions for organizing. The union, the Meow Wolf Workers Collective, ultimately won voluntary recognition from their employer, but the company has not been cooperative since the union was formed. The union has now had to file suit with the National Labor Relations Board because of union busting activity: Meow Wolf is trying to carry on, business-as-usual, as if the union didn’t exist.

Milagro Padilla, the Meow Wolf Workers Collective’s CWA union representative, told Observer the company was making decisions on employee’s behalf without consulting the union. “We filed our ULP because we believe the law is clear,” Padilla told Observer. “Meow Wolf cannot unilaterally make changes to employees’ wages, working conditions or benefits. They need to bargain over those changes.”

Formed in 2008, Meow Wolf began as an art collective in Santa Fe and became known for interactive and experience-based exhibitions. Their artists went dumpster diving for materials for immersive, psychedelic artworks. At the beginning, their elaborate, labor-intensive exhibitions weren’t making anyone much money. Back in 2011, Meow Wolf co-founder Vince Kadlubek was stealing video games from WalMart to make ends meet. Their financial circumstances changed in 2016 when the group built their first permanent exhibition, “The House of Eternal Return,” with the help of a three-million-dollar investment from fantasy author, George R. R. Martin. This installation, built in a former Santa Fe bowling alley, changed the game for Meow Wolf and began a new chapter for the art world in interactive spaces. The exhibition, in which visitors walk inside everyday household objects (a dryer, a refrigerator, a fireplace) into psychedelic worlds, brought in 500,000 visitors in 2019.

Meow Wolf is now a multimillion-dollar corporation that employs hundreds. It has permanent exhibitions in three cities. The company earned around $38 million in 2021 and in 2019 was able to raise 158 million from 87 investors, in part for their new permanent exhibitions in Las Vegas and Denver. Begun by artists and poets, their new CEO is a former ViacomCBS executive.

Despite making serious money through their interactive spaces, Meow Wolf employees faced layoffs during the pandemic. The company laid off 201 employees and furloughed 56 in 2020: Meow Wolf executives sacrificing their workforce to make up for pandemic losses, even while continuing with plans to open a new location in Denver.

In their press statement, released when the Meow Wolf Workers Collective went live with their decision to unionize in September of 2020, the union states that they are demanding a voice in employee protection, pay equity, a clear path to advancement, and protection from discrimination and harassment.

The union has now been bargaining for its first contract with Meow Wolf for over a year. According to CWA union rep Padilla, while they have come to tentative agreement on certain issues, they have not even begun to discuss wages. In the meantime, according to the union’s Instagram, the company has changed their time off policy, required new employees to sign an agreement to be hired without negotiating with the union, and denied the union needed information for the contract bargaining process—all changes that are supposed to be made by bargaining with the union.

The Meow Wolf Workers Collective has responded to these anti-union activities by filing suit with the National Labor Relations Board. Padilla told Observer, “We asked them to stop taking those actions and this ULP was the next step in trying to end what we believe were illegal practices. In forming their union, the workers made a clear statement—they want a say at work. Meow Wolf management needs to respect that.”

The Meow Wolf website states: “Our mission is to inspire creativity through art, exploration, and play so that the imagination will transform the world.” The site also promotes the company’s status as a public benefits corporation, a designation that is supposed to prove that it meets certain standards of social, economic, and environmental justice. The Meow Wolf Workers Collective has stated that they just want the company to maintain the ideals it already claims to hold. Meow Wolf’s management, however, has balked at being held to their own progressive values. The company invents new worlds that allow people to physically explore the freedom of the artistic imagination; however, in its dealings with its union, Meow Wolf has shown that it isn’t interested in giving workers the freedom to control their own work lives in this world. 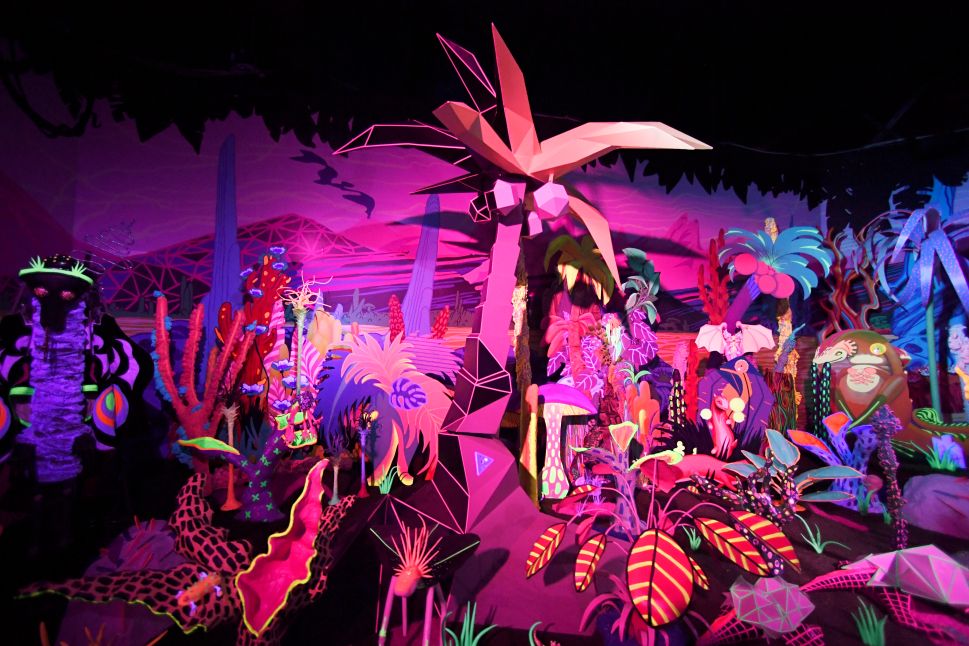