We’ve got an interesting line-up of recommendations this week! There are multiple new shows and movies to be celebrated, plus a few recs from recent history that deserve a streaming spotlight. Oh, and there’s a healthy dose of romcoms throughout, seeing as it is Valentine’s Day this week. So whether you want to enjoy the story of a strangely accented con-woman, watch a 3-time Oscar nominee, or snuggle up to a near-perfect romcom, there’s definitely something for everyone.

Grey’s Anatomy and Bridgerton producing powerhouse Shonda Rhimes has another series up her sleeve. Inventing Anna comes several years after the article that exposed Anna Delvey, a con-woman who scammed the New York elite by posing as a European socialite. The series stars Ozark’s two-time Emmy winner Julia Garner as Anna, with supporting turns from the likes of Anna Chlumsky and Laverne Cox. Like any Shondaland series, Inventing Anna looks to be sleek, entertaining, and messy in all the ways its namesake criminal character deserves. Inventing Anna premieres Friday, February 11th.

For a charming romcom with a fantastical twist, give About Time its due this Valentine’s weekend. When Tim, played by Domhnall Gleeson, discovers that the men of his family have the magical ability to travel back in time to moments they’ve lived through, he uses his newfound power to try to make something out of his lackluster love life. While he makes a few trips trying to shoot his shot with his sister’s friend Charlotte (a pre-stardom Margot Robbie), his real love lies with Rachel McAdams’ Mary. Of course, no time travel story is quite so simple, and Tim is forced to make to some heartbreaking decisions along the way. About Time is available to stream now.

The Hate U Give

Believe it or not, one of the best movies of 2018 was an adaptation of a young adult novel. The Hate U Give tells the story of Starr Carter, a Black girl who’s split between cultural worlds; while she lives in a predominantly Black neighborhood, she attends a nearly all-white private school. While still a teen, Starr has to navigate the perils of police brutality, casual but cutting racism, and the anxieties that come with her split worlds. It’s a really great movie, one that deserves to be seen and celebrated more. The Hate U Give will be available to stream until Monday, February 14th.

I Want You Back

Every romcom needs a little bit of dysfunction; in I Want You Back’s case, the whole movie is built on the kind of relationship chaos you can only get in the movies. Charlie Day’s Peter and Jenny Slate’s Emma meet cute after both are dumped on the same weekend. When they see each of their exes have happily moved on, the two lovelorn thirtysomethings plot to ruin these new relationships. Romcom hijinks with a stacked ensemble cast (including Gina Rodriguez and The Good Place alum Manny Jacinto) ensue. I Want You Back premieres Friday, February 11th.

The Girl Before is a new thriller miniseries starring Gugu Mbatha-Raw as Jane, a traumatized woman who gets caught in the web of a mysterious architect (played by David Oyelowo) and his home. The show tracks Jane’s descent into paranoia under the strict rules of the house; meanwhile, another story unfolds, one about the house’s former resident, Emma. Of course, Oyelowo’s Edward stands at the crossroads of these two tales, trapping Jane in a vicious cycle of manipulation. The Girl Before premiered earlier this week and is available to stream now.

The Sky is Everywhere

This week’s second YA-novel adaptation comes from beloved indie filmmaker Josephine Decker. The Sky is Everywhere follows Lennie, a high school student dealing with grief from the loss of her older sister. As she struggles with this new emotional trauma, she finds herself getting involved with two guys: Toby, her late sister’s boyfriend, and Joe, a new boy in town who shares Lennie’s passion for music. It’s a profound, imagination-fueled story that handles loss and love in deft, challenging, and artful ways. The Sky is Everywhere premieres Friday, February 11th.

Though it premiered over a year ago at the 2021 Sundance Film Festival, CODA has been on quite a journey since. After being released in August, the movie went on to scoop up two Gotham Awards, two Golden Globes nominations, and a bunch of other noms and accolades that culminated in three Oscar nominations this week—including one for Best Picture. CODA focuses on Ruby, a highschooler (and only hearing member of her deaf family) who discovers her love for singing. It’s a coming-of-age story that centers disability and deafness in new and necessary ways, making it well worth the hype. CODA is available to stream now. 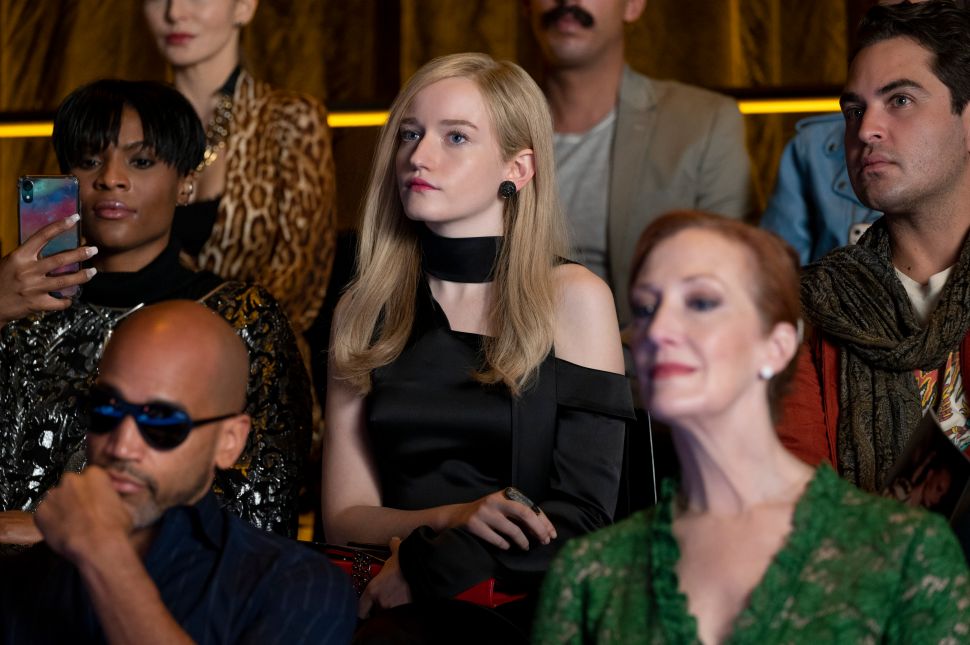