With another new week comes another new slate of movies and shows, with plenty of variety to boot. There’s a lovely new rom-com starring Me Before You‘s Sam Claflin for people revving up for Valentine’s Day, but for those of us who are more romantically challenged there’s also a new doc on the horrors of Tinder. Add to that true-crime improv comedy, a dark Hollywood satire, and a thriller starring Zoë Kravitz. What a crop to pick from!

Between The Woman in the House… and The Afterparty, last week’s streaming guide was pretty heavy on true-crime comedies. And that genre continues to flourish this week: Murderville stars Will Arnett as Detective Terry Seattle, who’s forced to pair up with a new crime-solving partner every episode. The comedic catch? Each new partner is an actor or comedian, who then must improv their way through a murder investigation. Talents like Annie Murphy, Conan O’Brien, and Kumail Nanjiani all struggle alongside Arnett’s more seasoned Terry Seattle, but that’s where all the fun lies. Murderville premieres Thursday, February 3rd.

Just like with last week’s The Woman in the House…, Netflix is upping its fun, silly title game, and I’m here for it! The Tinder Swindler is, as the documentary’s name implies, a true story about a con man who tried to scam the women he met on Tinder out of thousands of dollars. Private jets, swanky hotels, and model BFFs help make Simon (our titular swindler) a man of mystery and taste—any dating app user should know it’s too good to be true. The lies he tells makes for a slightly scarier version of Catfish, with an international caper at its center. The Tinder Swindler premiered Wednesday, February 2nd.

This new movie promises a biting satire on the Hollywood industrial complex, with plenty of digs at toxic masculinity, digital privacy, and modern media along the way. The film centers on an important Hollywood agent who gets involved in an Eyes Wide Shut type of tryst; paranoia, potential blackmail, and general chaos ensue. The Beta Test takes a look at the entertainment industry’s culture of constant exploitation and blows it wide open with explosive performances and blistering insider humor. The Beta Test will be available to stream starting Friday, February 4th.

With so much of 21st century TV relying on violent male antiheroes, it can be easy to get tired of the many series that revolve around angry men doing angry things. Reacher, thankfully, seems interested in carving a path for itself separate that’s from the usual Man Punches Things genre. This new take on the Jack Reacher character swaps Tom Cruise’s charm from the 2010s film versions for Alan Ritchson’s hulking, deadpan humor that better fits the massive military man. It’s action-packed with an absorbing small-town mystery at its core, making it a great new show to dive into. Reacher premieres Friday, February 4th.

Between Erin Brockovich, the Ocean’s series, and the Magic Mike Cinematic Universe, director Steven Soderbergh has proven himself across all sorts of genres and has maintained a relevant perspective throughout the years. He’s out to continue this trend with KIMI, a new technological thriller. Zoë Kravitz stars as Angela, an anxious tech worker who overhears a disturbing audio recording while reviewing a data stream. As she tries to make sense of this potential crime, she’s confronted by higher-ups in her company and KIMI, the Alexa-like smart device that tracks her—and everyone else’s—every move. KIMI premieres Thursday, February 10th. 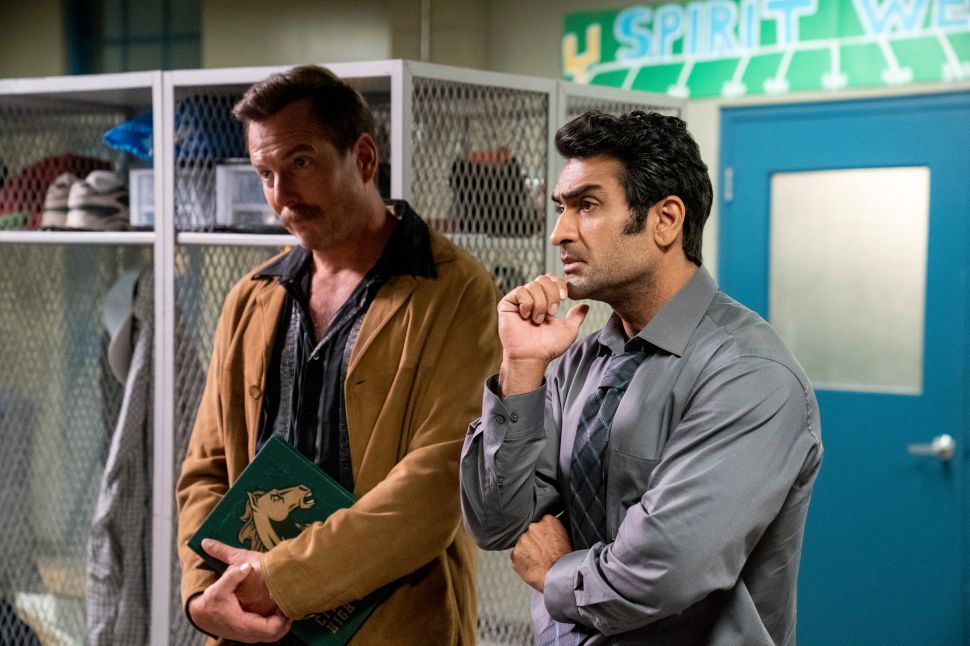