Oscar season is officially underway. Forget Christmas, this is the most wonderful time of the year. There’s the delightful awards campaigning, glamorous red carpets, and hopefully more than a few heartfelt acceptance speeches. Of course, you need to be caught up on the movies to truly enjoy the pomp and circumstance of awards season. That’s where we come in! Below are this year’s awards favorites and where to watch them.

Jane Campion has made history by becoming the first woman to be nominated for Best Director multiple times, and she certainly deserves it with The Power of the Dog. This revisionist western takes a hard look at the very toxic notions of American masculinity, with three men squaring off against each other on a shared ranch. This movie is a slow, methodical drama, and it’s a thinker that stays with you well after the end credits roll. Nominations: 12 (the most of any movie this year!), including Best Picture, Best Director, and four individual actors across three categories.

This apocalyptic satire keeps things bleak: when astronomers discover an asteroid hurtling towards Earth, they reach out to every possible avenue to try to save the planet. The only problem? The US government is far too worried about its own image and wealthy donors to do anything. Don’t Look Up is funny and infuriating in equal measure, featuring a pitch-perfect performance from Jennifer Lawrence and some amusing turns from greats like Meryl Streep, Cate Blanchett, and Mark Rylance. Nominations: 4, including Best Picture and Best Original Screenplay.

Actress Maggie Gyllenhaal has come out of the writing and directing gates swinging with The Lost Daughter, a quiet but complicated film about the difficulties of motherhood. When Olivia Colman’s Leda encounters a young mother on a resort beach, she starts to spiral into memories of her own experience as a hesitant mom. It’s a gripping and fully realized tale about the expectations put on women, and how sometimes we just can’t rise to meet them. Nominations: 3, including Best Actress and Best Adapted Screenplay.

2021 ended up being quite a rich year for musicals, and the Academy has nominated them accordingly. First up is Lin-Manuel Miranda’s directorial debut, Tick, Tick… Boom!, about Rent mastermind Jonathan Larson. It’s a movie that celebrates the creative process, showing its highs and lows and everything in between. Plus, if you’re still not over Spider-Man: No Way Home, you can get your extra Andrew Garfield fix here. Nominations: 2, including Best Actor.

To put it simply, Nightmare Alley has everything: a creepy circus, a man with a dark past, some phenomenal gore scenes, Cate Blanchett as one of the scariest femme fatales ever put on screen… It’s a veritable feast for movie lovers everywhere. Writer-director Guillermo del Toro knows his way around near-horror movies, and this is no exception. Due to a studio agreement over streaming rights, Nightmare Alley is available on HBO Max as well. Nominations: 4, including Best Picture and Best Cinematography.

My ride or die movie for this whole awards season has been Spencer, so you can be sure that when Kristen Stewart’s name was announced I jumped up off my couch in glee. No, the movie didn’t get heaps of nominations, but that does not mean it shouldn’t get its fair share of attention. Spencer is the tale of Princess Di’s crumbling marriage and sense of self, told through the lens of a psychological thriller; it’s as close to perfect as any other movie on this list, and twice as interesting as most of them. Nominations: 1, Best Actress.

For a movie that takes everything you think you know about film and throws it out the window, Flee is a great place to start. This animated documentary illustrates the story of Amin Nawabi, a man who fled his home country of Afghanistan and came to Denmark as a refugee. Only a short time away from marrying his husband, Amin decides to finally share his traumatic past after 20 years of secrecy. The film takes on its complicated subject matter, intertwining refugee and LGBT issues with beautiful animation. Nominations: 3, including Best International Feature Film, Best Animated Feature, and Best Documentary Feature.

Being the Ricardos has proven itself to be a true showcase for its stacked cast of veteran actors. Writer-director Aaron Sorkin’s deep dive into I Love Lucy stars previous Oscar winners Nicole Kidman and Javier Bardem as Lucille Ball and Desi Arnaz. The film shows the original sitcom stars in a new way, from re-enacting some of Ball’s most famous scenes to showing how the series was almost derailed by the alleged threat of communism. Nominations: 3, including Best Actress and Best Actor.

Easily one of the best movies from last year was Steven Spielberg’s West Side Story. The 75-year-old director clearly still has it, and then some, because this movie musical is utterly awe-inspiring in its scale, scope, and sheer success. While not streaming yet, it joins other Best Picture nominees Dune and King Richard in coming to HBO Max in March (though those two can currently be rented or bought). West Side Story is slated to be available beginning March 2nd, on both HBO and Disney Plus. For now, try seeing it at your local movie theater! Nominations: 7, including Best Picture and Best Director.

The Eyes of Tammy Faye

Jessica Chastain wears her heart on her sleeve and plenty of makeup on her face in her riveting, heartbreaking lead performance in The Eyes of Tammy Faye. The movie chronicles the life and times of Tammy Faye and her (eventually ex-) husband Jim Bakker, two God-loving Midwesterners who manage to turn their piety into profit. The story is one you need to see to believe, a twisted tale of televangelism and self-interest. Nominations: 2, including Best Actress.

The Tragedy of Macbeth

For lovers of Shakespeare and German expressionism alike, The Tragedy of Macbeth is a landmark film for Joel Coen, half of the acclaimed Coen Brothers directing duo. This direct adaptation of the Shakespearean tragedy dials the drama and the artistry up to an eleven, with stunning visuals aiding commanding performances by greats like Denzel Washington and Frances McDormand. Plus, stage actress Kathryn Hunter gives an incredibly creepy take on Macbeth’s infamous three witches. Nominations: 3, including Best Actor.

This poignant coming-of-age movie spotlights deafness and Deaf culture in a way rarely seen before. Ruby is a child of deaf adults (hence CODA), devoting much of her life to helping her family business and avoiding most other social interaction. When she signs up for her school choir on a whim, Ruby discovers her intense passion for music – one that she cannot easily share with her family. CODA has held onto its hype for well over a year now, having initially premiered at the 2021 Sundance Film Festival. Nominations: 3, including Best Picture.

Summer of Soul (… Or, When the Revolution Could Not Be Televised)

Other than the usual Oscar-nominated animated fare (with Encanto, Luca, and Raya and the Last Dragon all included this year), Disney has brought something interesting to the table: a documentary. Directed by the Roots’ Questlove, Summer of Soul focuses on the 1969 Harlem Cultural Festival, a six-week long Black music festival that has all but faded into obscurity. The movie is worth the watch for its archival performance footage alone, featuring greats like Mavis Staples, Stevie Wonder, and Nina Simone. Nominations: 1, Best Documentary Feature.

What to rent or buy online

Though director Kenneth Branagh is best known for his Shakespeare adaptations and recent turns as Hercule Poirot, he goes down a new path with his semi-autobiographical Belfast. The film centers on a young Buddy and his family, Protestants who live in a Catholic area of Belfast that becomes a massive target during the Troubles. While Buddy is too young to comprehend the violence around him, his family understands the hardships all too well. The massive ensemble is anchored by heartfelt performances, with Jamie Dornan, Caitriona Balfe, Judi Dench, and Ciaran Hinds giving the film incredible emotional weight. Nominations: 7, including Best Picture, Best Supporting Actor, and Best Supporting Actress. 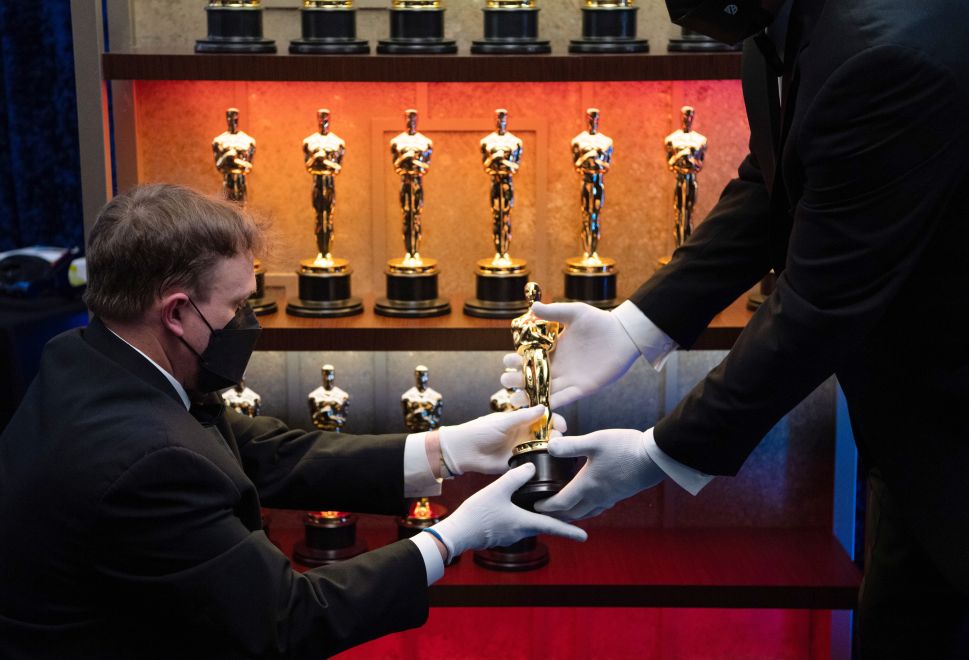