On January 27, 184 workers at the American Museum of Natural History (AMNH) petitioned the National Labor Relations Board to unionize with District Council 37 (DC 37). These workers include staff in science and education, graduate students, post-doctoral students, and curatorial assistants, among other employees. DC 37 is the largest public sector union in New York City, and has locals in libraries, parks, and social services, as well as the Metropolitan Museum of Art and the Brooklyn Museum.

Jacklyn Grace Lacey, Senior Museum Specialist of African and Pacific Ethnology and Archeology, told Observer that part of the motivation for this unionization push was to increase the number of unionized employees at the museum after management had severely reduced their numbers. She told Newsweek that the museum is firing her for whistleblowing about their unsafe COVID practices as well as her union organizing efforts. She believes herself to be the latest unionized worker to be pushed out of an anti-union workplace.

When approached for comment, the museum told Observer, “The American Museum of Natural History recognizes employees’ right to decide whether or not to be represented by a union. We encourage everyone who is eligible to make an informed decision and to vote.”

In May of 2020, 68 AMNH employees were laid off. According to Lacey, the layoffs decreased the number of unionized employees significantly. Lacey described the cuts as being part of a years-long process of de-professionalization of museum workers. She described how long-term positions—jobs with high retention rates and pension plans—were being phased out, with professional museum work increasingly done by graduate and postdoctoral students. She told Observer that many of those laid off in the pandemic were close to retirement age and management had singled them out to reduce pension payouts. Increasingly, she said, the museum was interested only in hiring “People that come in temporarily and go on. As they garner more prestige in their fields, the museum has a hand in that, but they don’t have a retirement plan or benefits package.”

According to Alexandra Walling, a PHD candidate at the Richard Gilder Graduate School at AMNH, deep cuts to museum staff during the pandemic were the catalyst for the new unionizing efforts. Employees were permanently laid off or furloughed at reduced pay. Walling told Observer that employees making 45K in New York City were having their pay cut by 20% or 40%.

Museums across New York and the nation have been on a unionizing streak since the beginning of the pandemic. Walling, as an academic worker, is further inspired by the movement in graduate student unionizing that has been happening simultaneously and for similar reasons. AMNH has a substantial and renowned academic research facility that takes up several floors of the iconic Upper West Side building. The Richard Gilder School, accredited in 2009, was the first museum in the US to award doctoral degrees in its own name. However, unlike graduate students at unionized NYU, Richard Gilder students do not have dental or vision care and they cannot get paid medical leave. Students who need to take a semester off for health-related reasons lose their living stipend and health insurance. Walling told Observer that as a result of a lack of benefits in her program, she had to keep working through a long illness.

According to Lacey, it is graduate students, like Walling, along with the museum’s relatively young contractual or part-time staff, who have come to replace more senior workers whose positions have been phased out. She said that it is this newer workforce that is fighting back against a museum management that would seek to retain only employees at low cost and in vulnerable, temporary positions. Lacey told Observer, “The museum didn’t account for when you bring in a younger generation, you bring in a different set of sensibilities.”

In addition to higher wages, benefits, and job retention, concerns over COVID safety precautions are also a part of the unionization effort. According to Walling, front facing staff are getting sick and bringing COVID home to their families. Walling also discovered other workplace health and safety concerns when speaking with other workers during the unionization campaign.

“I’m talking to a fellow grad student, and he’s got a big sign on his door that said, danger do not enter, cancerous materials behind this wall,” Walling told Observer. “He says, well, I’ve got an air filter running, so I hope that’s going to be good enough, but if I get cancer when I’m sixty I’ll know why.”

Preserving the museum collection requires hazardous materials. Walling told Observer, “You complain about these kinds of things and maybe something gets done, or maybe nothing happens for years and years and years. It would be great to have a union to help us get these concerns taken more seriously.”

During the card campaign, Walling observed a lot of energy, excitement, and enthusiasm among the staff who would be unionized, should the NLRB petition be successful. This was especially so in the education department, which had been hard hit by furloughs at the height of the pandemic. The museum, whose endowment and assets have grown by hundreds of millions since the start of the pandemic, can afford to pay a full-time staff of professional workers with full benefits. However, it will require a larger, stronger union to force AMNH to pay its workers fairly and to provide them with the safe working conditions that should be theirs by right. 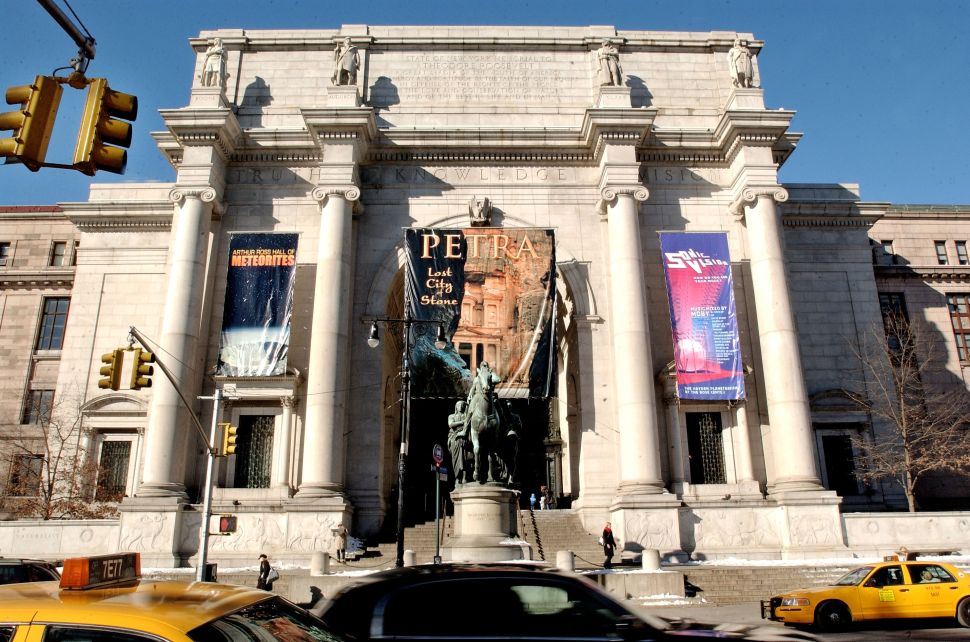