Every once in a long while, a squabble over aesthetic merit rises to the top of the Internet heap that proves to be both genuinely stimulating and maddening. On Monday, The Cut published a profile of It Girl Julia Fox written by the reliably fantastic Hunter Harris. Harris’s character study was set off with portraits snapped by Juergen Teller, the German photographer and artist known for his stark portraits of celebrities, influential commercial fashion work and his commitment to producing washed-out, off-kilter images that evoke simmering dread and something apart; something alien and ephemeral. To cut to the chase, many hyper-online people freaking hated Teller’s pictures of Fox and her crew.

Introducing our Special Issue cover star: #JuliaFox ⭐️ She is her own muse, thank you very much. Join us as we dive deep into the fast-forward month in the life of the LES girl turned TMZ A-Lister. Written by @hunteryharris, Photography by Juergen Teller https://t.co/rfVbz4jJFO pic.twitter.com/nhozZnYcNG

As the photos disseminated across Twitter, Teller was dubbed “a menace,” “unserious” and “the only comedian left” (that last one’s a pretty excellent burn). People recoiled at the settings the photographer chose for his subjects: Fox was posed against a chain-link fence and crumpled tarp, and in one photo she’s draped, sylphlike, upon a huge pile of instantly-recognizable filthy New York snow, as though the actress selected the city-stirred elements to serve as her own personal fainting couch.

“Teller rules because he mixes the mystical iconography of celebrity with intensely mundane and demystifying details,” Justin Kamp, a contributing writer for The Art Newspaper and others, told Observer on Wednesday. “Look at the Julia Fox shoot-in composition, she’s a Botticelli or Christ [figure], but she’s surrounded by dirty snow and bike lanes and weird styrofoam rocks. Or his W Magazine shoot from last year-it’s like Steven Yeun and Tessa Thompson had been photographed by a Google Street View camera.”

Teller’s new photos for The Cut are bold, gritty and counterintuitively luxurious. They serve as a fitting showcase for Fox, a nouveau-Manhattan legend whose role in Uncut Gems catapulted her into mega-fame and, eventually, into the arms of Kanye West (they’re over now). Much of the ire against the new Teller photos seemed to revolve around the perception that they were uninteresting, or simply unflattering. But what precisely is triggering this revulsion?

“I think there’s a sense online that very wealthy and powerful people, of whom I suppose you would count Juergen Teller, are pulling one over on all of us, and that makes people really angry,” Rachel Tashjian, incoming Fashion News Director at Harper’s Bazaar and esteemed former GQ fashion critic, told Observer on Wednesday.

“The photos look loose, quick, candid and very casual, which is his aesthetic,” Tashjian said. “Instead of considering that this might be a choice, and what kinds of avenues that might open up for our consideration of celebrity or of the subject of any of his photos, people just feel so angry that [the photos] don’t look expensive, polished or glamorous.”

The Teller backlash should also be understood, in part, as a knee-jerk response from a body politic that’s been fully Instagram-pilled into believing all portraits should exist within the narrow boundaries of “conventional” beauty. There are two sides to that coin.

“The predominance of Instagram has made all of us into photography experts, and I say that in a cheeky way but I think it’s fabulous,” Tashjian added. “It’s amazing that people are angry and upset about a fashion photograph. I mean, this is my dream!”

I’d add only this. In the immortal words of a singularly modern philosopher: “If you get it you get it, if you don’t you don’t, if you know you know, and if you don’t know, like, I honestly feel bad for you.” 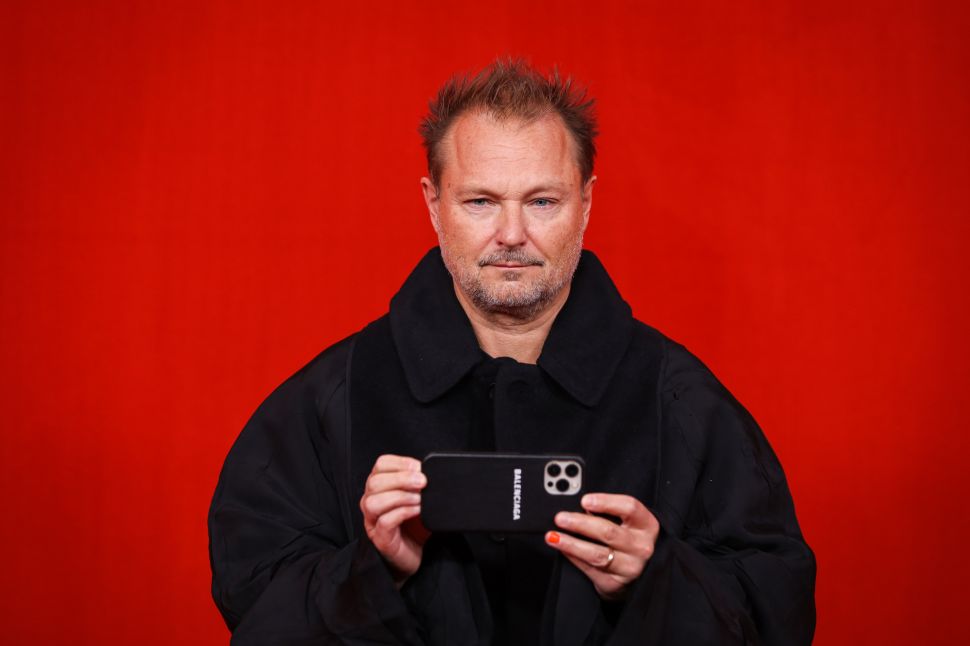