The New York Metropolitan Opera’s March 17 performance of the German opera Ariadne auf Naxos was cruising through its second act when it happened: an attendee sitting in the upper balconies screamed “You have no technique” as soprano Brenda Rae concluded an aria, temporarily setting the theater abuzz with horrified whispers.

It was a major violation of decorum. Particularly in the U.S., modern-day opera spectatorship prioritizes upstanding conduct, sophistication and generally respectful behavior at all times. At the Met, latecomers aren’t admitted, cell phone use during performances is strictly prohibited and a strict mask mandate is still in place, all factors which made the heckler’s bellow that much more alarming.

“I was absolutely shocked by the heckle,” Mariel O’Connell, an opera administrator in attendance on Thursday, told Observer. “I’ve been to probably hundreds of opera performances before and I’ve never heard something like that, especially during the show.”

Ariadne auf Naxos concluded without further incident and to waves of rapt applause, but the troublemaker’s outburst cast a shadow over the performance, which was the last of the production’s run.

“The wildest part about it was that the guy was so incorrect,” O’Connell said. “‘You have no technique’ is so far from the truth, it’s almost funny. But it’s also scary to be in a crowded theater and hear someone yelling, I’m sure for the performers as well.”

The Met said the heckler will be banned from future performances.

“Although opera singers are vocal athletes, they should not be subjected to the kind of heckling that sports spectators get away with in stadiums,” the Metropolitan Opera told Observer in a statement. “Thankfully, this was an isolated incident. Most opera-goers are opera lovers who respect the extraordinary ability and talent of our artists. The Met is attempting to identify the rogue audience member, who quickly exited the theater after his outburst, since he will not be allowed to attend future performances.”

Rudeness at the opera was once the norm

As disrespectful as the heckler’s tantrum was, polite behavior wasn’t always expected of opera audiences. The art form originated as a result of theatrical experiments in 16th century Florence, and as opera houses began to spring up across Italy, access to performances became available to wealthy patricians and the underclass alike, creating a behavioral frisson.

By the mid-17th century, opera houses had come to largely function as social gathering spaces. While the bourgeoisie took in the show from elevated boxes, lower-income spectators carried on conversations, drank, gambled and lobbed insults if the music didn’t appeal. Creators of opera even altered their work in response to audience inattentiveness by introducing arias di sorbetto, or sherbet arias, which allowed patrons a window to go grab a snack mid-performance.

By the end of the 19th century, the prevalence of new, relaxed music halls and their popularity among lower-income audiences had transformed opera houses into polite cocoons for the upper classes, where silence was golden and fancy dress was encouraged. This state of affairs has more or less persisted into the present.

But whether or not the genteel atmosphere of opera appeals to you on a personal level, there’s no question that screaming insults at a performer, mid-performance, is just wrong.

“I think an expectation is that we respect the years of work and dedication that came before these moments on stage,” O’Connell said. “We aren’t just applauding what we just saw, but all that came before. To heckle or boo someone’s performance is, in my mind, to fundamentally misunderstand what you are experiencing.” 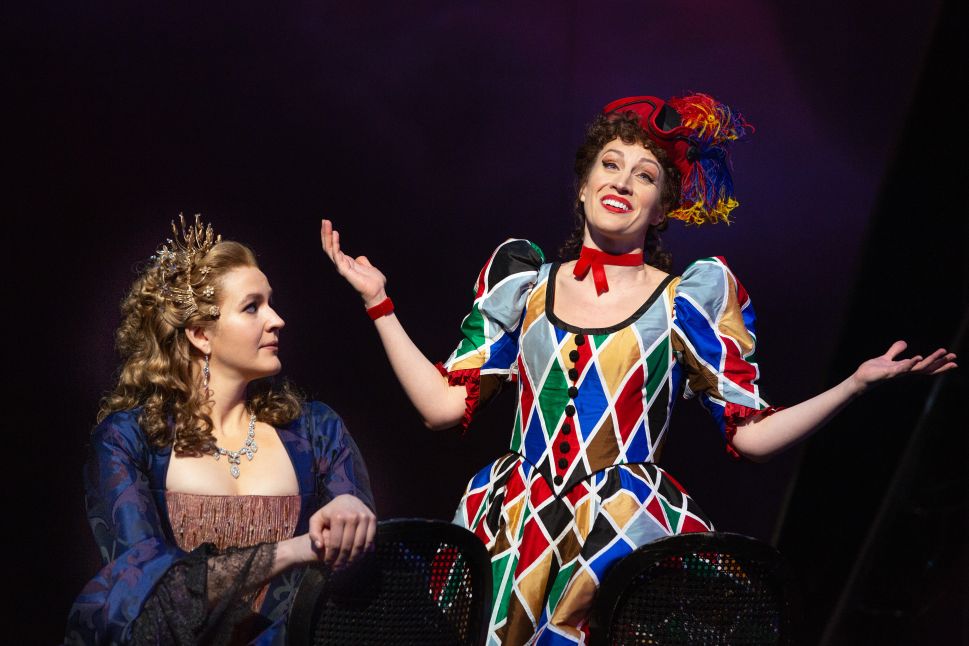