With concerns about the safety of Ukraine’s cultural heritage at an all-time high in the midst of Russia’s ongoing military invasion, employees at the Andrey Sheptytsky National Museum in Lviv have begun packing up the contents of the institution and seeking out safe places to store the items, the Associated Press reported March 6. Last week, the United Nations Educational, Scientific and Cultural Organization (UNESCO) announced it began efforts to mark significant Ukrainian sites and monuments with a symbol from the 1954 Hague Convention to ensure the protection of these locations and objects. The National Museum’s mobilizations are similar.

Throughout the museum, objects such as rare books, 18th century paintings and sculptures are being packed and moved from their displays to places where they’ll hopefully be less vulnerable. “Sometimes the tears are coming because a lot of labor has been put in here,” National Museum General Director Ihor Kozhan told the AP. “It takes time, energy. You are doing something good, you feel pleased. Today you see empty walls, so it feels bitter, sad. We didn’t believe it till the last minute that this could happen.”

Russian military forces burned down a history museum in Ivankiv, Ukraine, in late February, the Kiev Independent reported. Among many other items, the museum reportedly was home to 25 pieces by folk artist Maria Prymachenko, a talent exalted for her intimate depictions of Ukrainians and colorful portraits of mythical creatures; her work has even been spotlighted on postage stamps. Now, those 25 paintings are lost forever.

An ongoing issue for Ukrainian arts professionals looking to safeguard fine art and objects of cultural relevance is a shortage of accessible storage facilities within the country. The security team at the Odessa Fine Arts Museum in Odessa, Ukraine stashed all the artwork they could in the institution’s basement and encircled the perimeter of the property with barbed wire because the museum doesn’t have access to a sufficient storage facility, according to Architectural Digest.

As artists and administrators in Ukraine prepare to preserve what they can, prominent figures on the international stage are recommending strict cultural sanctions against Russia. Oleksandr Tkachenko, Ukraine’s Culture Minister, released a statement urging the cancellation of ongoing projects with which the Russian government is involved, as well as the suspension of international Russian cultural center operations. 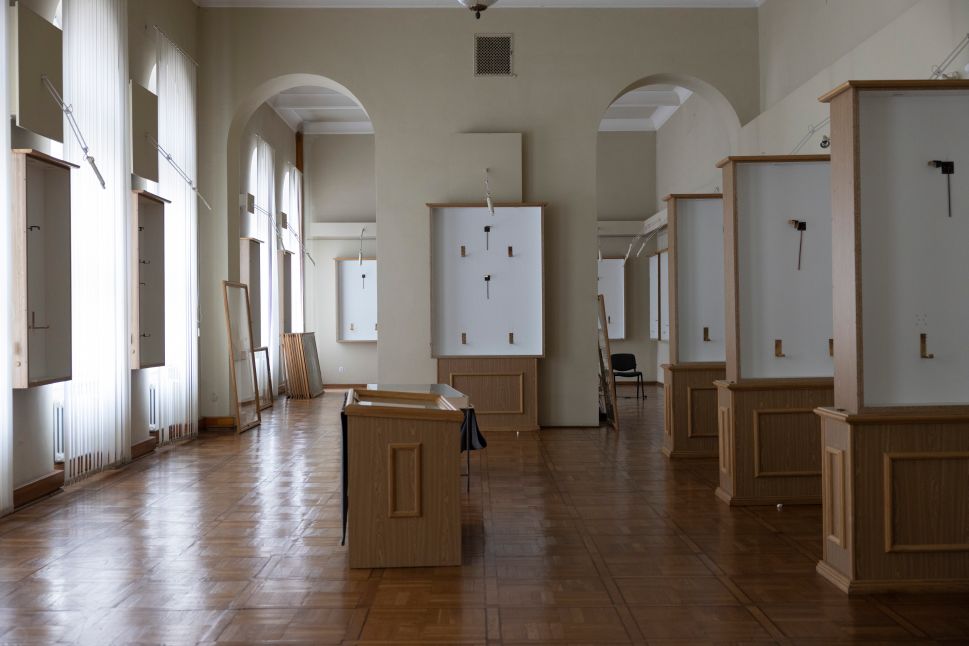