As Hollywood’s big superhero film splashes across theater screens this weekend, there is a quieter, more reflective alternative that examines our collective humanity. After Yang, written and directed by Kogonada, centers on a family whose android malfunctions, sending their young daughter Mika reeling. Mika, played by a precocious Malea Emma Tjandrawidjaja, was adopted from China, and tense married couple Jake (Colin Farrell) and Kyra (Jodie Turner-Smith) acquired her a brother, Yang, from a company called Second Sibling. Although Yang (a thoughtful Justin H. Min) is an AI, he’s been a human-like companion for the family. When he breaks, during a family dance-off competition, Jake becomes determined to find a fix. In his search for reparation, Jake encounters Yang’s memories, which encourage him to reconnect with Kyra and Mika.

Kogonada’s delicate, subtle screenplay is based on a short story by Alexander Weinstein titled “Saying Goodbye to Yang.” Like the story, the film is speculative fiction, leaning less towards overt sci-fi invention and more towards existential pondering. Where the short story is set in Detroit, the setting of its onscreen counterpart is nebulous, existing somewhere in the near future in some potential metropolis. After Yang will certainly draw some comparison to Ex Machina, another story about AI that compresses its narrative into interior spaces, keeping most of the action in one futuristic house (and a film with another memorable dance sequence). But where the AI in that film was ominous, here he is loving. Yang is a dedicated older brother and he offers poignant thoughts on what it means to be human—even though he is not human himself.

The slight story unfurls with precision, slowly unrolling in way that allows the emotion of the scenes to creep in. It’s like watching a butterfly land on your fingertips, briefly, and then flutter away, leaving traces of itself on your hand. As Jake, Farrell not only understands the assignment, but embraces it. It’s a complete juxtaposition to Farrell’s other current role as the Penguin in The Batman and he handles it with a deftness for which he’s not always given credit. His scenes with Mika feel real, as if he is actually a distant father suddenly noticing his daughter’s presence. Jake begins to become more aware of his own life as he watches Yang’s memories on a database, reliving past moments and experiencing new ones.

Memory, of course, is fickle. What we remember as fact is really just our memory of the memory and that slowly morphs into something else over time. But Yang’s memories, recorded from many moments before his eventual breakdown, are unchanging. Jake replays snippets of Yang’s life to better understand his broken AI and finds surprising details, like Yang’s relationship with a young woman named Ada (Haley Lu Richardson) and his poignant musings on death. In a memory with Kyra, Yang confirms that perhaps he is just programmed to believe a certain thing, but he does believe it.

The world Kogonada builds feels completely true and wholly immersive. This is a time and place that could exist. Instead of sterile, futuristic spaces, the director surrounds the characters with organic life, emphasizing the uncertain growth of plants around the interiors. Production designer Alexandra Schaller deserves every possible award for her work on the film, which is visually stunning. The sets marry perfectly with the emotional tone of the story; one scene, set in a museum, uses aspen trees merged with lights to underscore a moment where Jake grapples with Yang’s possible legacy. Cinematographer Benjamin Loeb gives an added elegance to visuals, bringing the camera in close to the actors’ faces in a way that allows for real intimacy.

After Yang is a beautiful film, both in how it looks and in what it evokes. It’s not flashy or dramatic, and very little actually happens. But isn’t that truer to how we live? On an average day, the real action takes place within us; the drama occurs in our own minds. After Yang poses questions, certainly, but Kogonada isn’t there to answer them. Only the viewer can know the response to existential quandaries like “What happens after we die?” or “Can a machine ever truly embody human consciousness and emotion?” And, of course, in asking those questions Kogonada is really asking: “What does it mean to be human?” 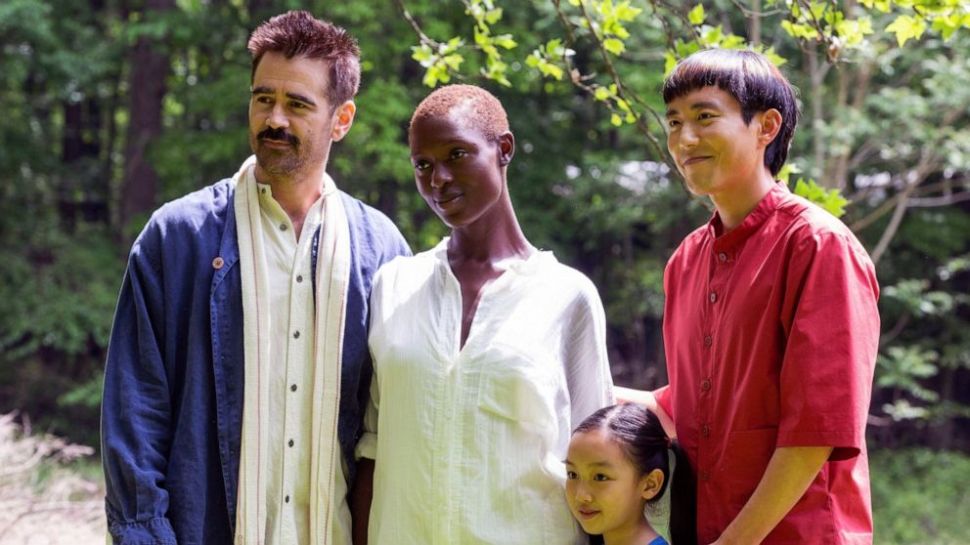