In November, New York’s Metropolitan Museum of Art announced it received a gift of $125 million from longtime trustees Oscar L. Tang and Agnes Hsu‐Tang, the largest single donation in the institution’s history. Now a few months later, Max Hollein, the director of the Met appointed in 2018, has begun to outline the immediate plans for the 150-year-old museum, which has already kicked off an extensive renovation process that includes a new contemporary and modern art wing and an updated wing for the arts of Africa, Oceania, and the Americas designed by architect Kulapat Yantrasast. The influx of new money and structural overhauls come as the Met has pledged to remove the now-infamous Sackler family name from seven exhibition spaces and return ill-gotten artifacts to their countries of origin, changes that indicate the institution is working to symbolically shed its skin.

Reassessing its history and its relationship with the materials that comprise the Met’s vast collection is an ongoing project for the institution. Efforts have only kicked into high gear, though, since the upswing from the Met’s recent low period: In 2017, the museum was grappling with a $40 million deficit, implementing waves of layoffs and postponing plans for a new wing. The Met’s previous director, Thomas P. Campbell, stepped down in June of that year.

Over the last couple of years, the Met has repatriated several objects after evidence emerged that they were originally acquired by collectors via illicit means. In October the Met announced it would return a 10th century Nepalese sculpture to its country of origin after researchers determined it had likely been originally stolen from Kathmandu’s Durbar Square 50 years ago. In June, the Met sent two Benin Bronzes and a brass plaque back to Nigeria.

In addition, Hollein said he wants to rethink the way the museum’s arts of Africa, Oceania, and the Americas are displayed. Their current home, the Michael C. Rockefeller Wing, was originally built in 1982, and the new design will include an expansion of the space and the installation of a new glass wall to better illuminate the objects. Yantrasast’s renderings of the new Rockefeller Wing also include off-white stone plinths, and the general intended effect feels much more like a pristine Chelsea gallery space than a grand hall in an entrenched museum.

“I don’t want to criticize other museums, but more often than not, the arts of Africa and Oceania are displayed in an environment that is dark, theatrical, dramatized,” Hollein told the Wall Street Journal. Yantrasast, Hollein added, has designed “a contemporary environment that’s respectful of the materials.” 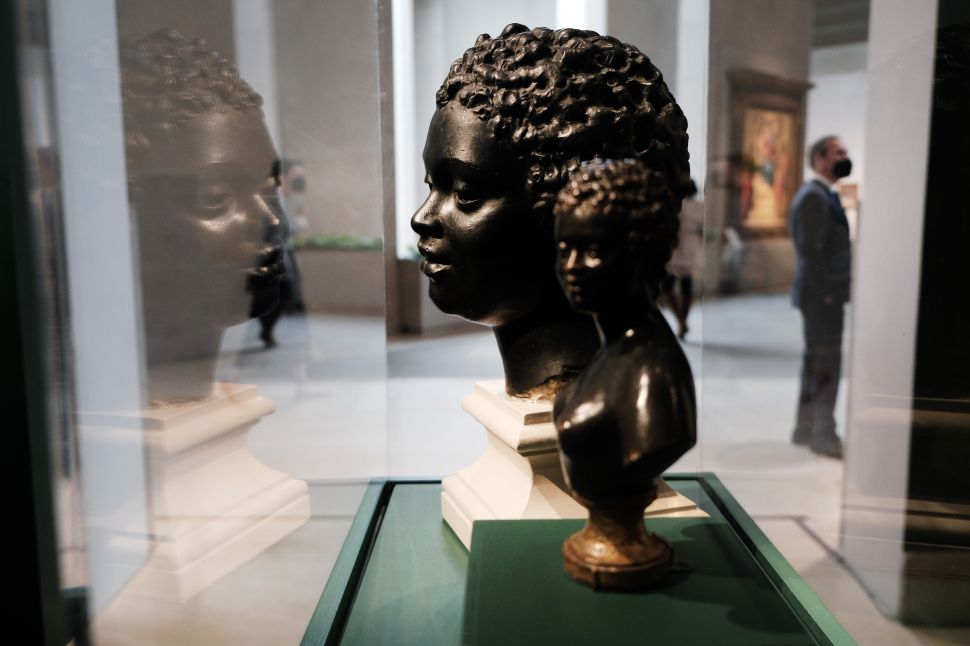