Hundreds of U.S. companies across various industries have stopped doing business in Russia amid sweeping diplomatic sanctions and social boycotts against the country over its invasion of Ukraine. But several iconic American brands are still serving customers there despite mounting public pressure for them to close shop.

McDonald’s, initially refusing to suspend operation in Russia, bowed to pressure and announced on March 8 it would temporarily close all 850 locations in Russia, marking an unprecedented change after 32 years of operating in the country. Meanwhile, just as many Burger King, KFC, Papa John’s, and Subway joints remain open. So do Marriott, Hyatt, and Hilton hotels.

One of the main reasons is the legal structure by which these companies run their Russian branches. McDonald’s directly owns 84 percent of its restaurants in Russia, while the rest are owned by franchisees, according to the company’s website. In contrast, Restaurant Brands International (RBI), which owns Burger King, operates all 800 Burger King stores in Russia through a local master franchisee that recruits individual franchisees locally. The restaurant group said it’s not feasible to close all locations overnight because it has franchise agreements that “are not easily changeable.”

Hotel chains Marriott, Hyatt, and Hilton have all paused new developments and closed corporate offices in Russia. But many of their branded hotels are still operating because these companies don’t have direct ownership. Marriott said its Russian hotels are owned by third parties and it’s “evaluating the ability” for them to remain open. Hyatt and Hilton hotels in Russia are also owned by local investors, according to real estate news site The Real Deal.

Some U.S. companies maintain parts of their businesses in Russia, arguing that their products or services are essential.

PepsiCo has stopped selling soda but said it will continue to supply milk, baby formula and baby food in Russia. Unilever has paused exporting and advertising activities, but will keep selling locally produced food and hygiene products.

Drugmakers and medical device manufacturers are a notable category of U.S. companies that are still doing business in Russia. “We continue to distribute medicines in Russia as patients with cancer, diabetes and auto-immune diseases everywhere count on us to support them,” an Eli Lilly spokesperson said in a statement to the Associated Press this week.

Pfizer, Johnson & Johnson, Novartis, and Abbott Laboratories are among the U.S. health care companies with manufacturing facilities in Russia, according to Kaiser Health News. None have announced plans to close operation there.

Yale University Professor Jeffrey Sonnenfeld has compiled a running list since Feb. 28 of U.S. companies that have withdrawn from Russia and those that have not. As of March 11, more than 300 companies have cut ties with Russia, while 32 companies have not. 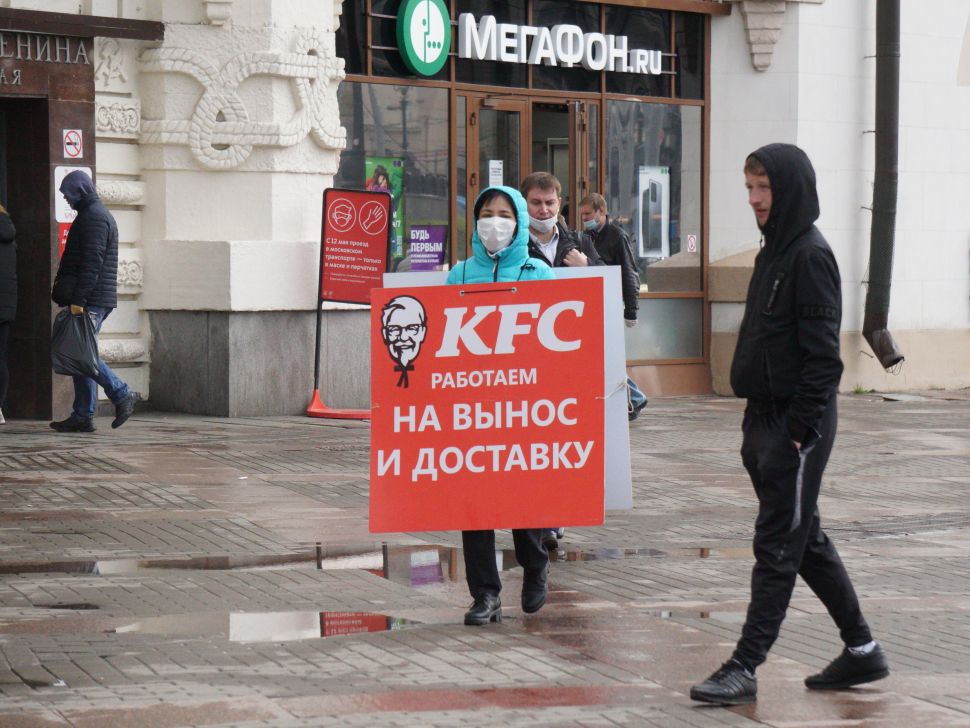