Last month, in the role of the escaped prisoner, Angelotti, in Puccini’s Tosca, Lucia Lucas, became the first openly trans singer to perform at the Met. Lucas was the first trans opera singer to come out, in 2014, and she has continued to perform traditional baritone roles in the years since. Lucas has the kind of rich, formidable, rumbling voice that the ears register as a force of nature: a hailstorm or an earthquake.  Lucas is a Heldenbaritone, or a heroic baritone: a forceful, dramatic voice part with a high register, and a wide emotional range, generally associated with Wagner and with dark, masculine roles.

Lucas fell into singing almost by accident while studying French horn at CSU Sacramento. Curious about opera, she asked the school’s opera director to discuss it with her, and insisted that she sing for him. After getting her offer turned down several times, the director finally relented and when he heard her sing he was so impressed that he asked her if she wanted to take private voice instruction. After graduating she chose singing because it was what came easiest to her.  “I found out that I was good at it, decided I wanted to be better at it, and kept focusing my efforts,” Lucas told Observer.

Operatic performances tend to be highly prescribed. There usually isn’t a lot of room for creative experimentation. Performers must look and act a certain way to get certain parts. In some instances, they have to fit into specific costumes. After coming out as trans in 2014, the roles Lucas performed in and the way she performed those roles didn’t change. These were characters, like Wotan in Wagner’s Siegfried, that she had already spent years building up. She wasn’t going to show up with a new version of a character for a performance that was already in progress. She framed her transition to music directors as being just a personal change that wouldn’t have an impact on her stage performance.

Lucas was initially concerned about what performing in male roles in operas would have on her emotionally after transitioning. She didn’t know if she would be able to perform at all. It turned out that she needn’t have worried. “It was so much of a relief to come out that I decided acting on stage is easy when you don’t have to act in real life,” Lucas told Observer. If anything, she now believes she is a stronger performer for it. “Whenever you share something about yourself, whenever you let people in, you become more open as a performer,” said Lucas. “I think anybody who is the most honest version of themselves will be able to make the best art that they’re capable of.”

Like all opera singers performing at the top of their game in traditional operatic roles, Lucas looks for small moments of openness in a score where it is possible for a character to, figuratively, breathe. “I think about characters as multidimensional,” Lucas told Observer. “And maybe the typical characteristics of male and female as far as character development, are sort of on a sliding scale, and not necessarily binary,” For the sinister, male characters she tends to get cast as, she looks for moments in which that character can express vulnerability without breaking operatic conventions.

Lucas kept herself busy during the pandemic while on lockdown in Germany making music videos with her partner, the contralto Ariana Lucas. Their video “Coffee, Gin, and Murder,” filmed partially in the Lucas’s own studio apartment in Karlsruhe, is a spoof on Act 3, Scene I of Wagner’s Siegfried. In the video, Woton (played by Lucas), returns from a quarantine walk in mask and surgical gloves, and summons a grouchy Erda, performed by Ariana Lucas, out of eternal slumber by brewing her an espresso. This video led to a commission for another opera music video, a mini opera, inspired by the Tiger King Netflix series, which was composed, rehearsed and produced within a month. The video, “Exotic v. Baskin: The Micro Opera” turns the bizarre rivalry between Joe Exotic and Carole Baskin into dramatic opera. Lines from the series are turned into a hilarious avant garde duet: Lucia Lucas, in a mullet and horseshoe mustache, and Ariana Lucas, dressed like a tiger-obsessed flower child, sing, “I need you and you need me/ like a Prince Albert needs a gauge/ like bats in a rage.” The overall effect is zany and powerfully funny.

Based in Germany, Lucia Lucas was able to work steadily through the pandemic and is intent on working as an opera singer for as long as she can. While there was no template for her when she first came out as trans in 2014, now she hopes that singers thinking of coming out will turn to her for guidance. Her advice to singers concerned about how transition could potentially impact their opera careers is to “find out where your voice is most authentic and where you can make the best sound.” For her it was being a baritone. Singing professionally, she reiterates, is extremely hard work and takes long years of training. “You could be a manager at Starbucks and make more than the majority of working opera singers. You can go make money some other way and then do this for fun if you want. But if you want to do this professionally you need to make a good sound.”

Transitioning and staying a baritone worked for Lucas. “It’s about talent and voice and it’s not about identity,” she told Observer. “It’s not that people should get bonus points for their identity, it’s that they shouldn’t be taken away.” 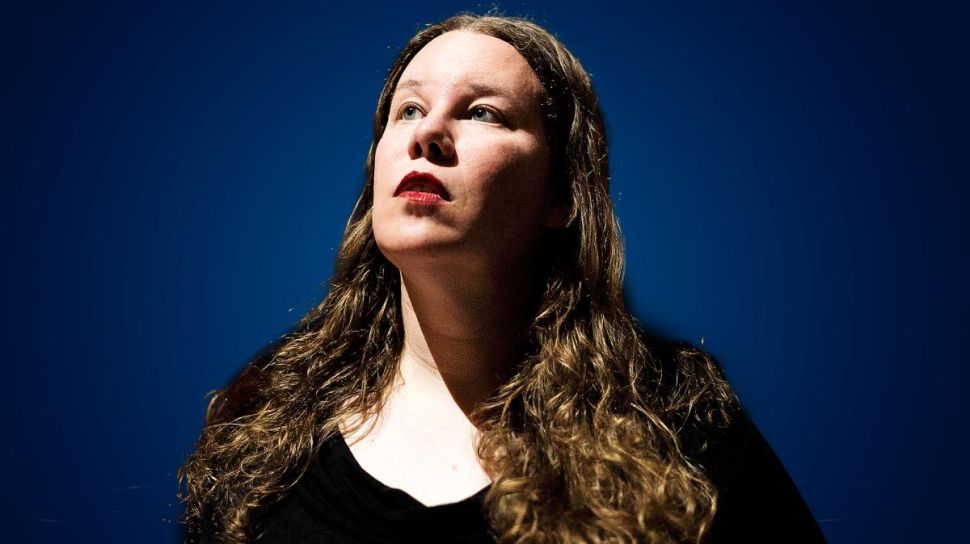