Once in a blue moon, a new exhibition produces an intoxicating cocktail of fresh perspectives, reverence for classical portraiture and the buzz of eager viewers in one fell swoop. Artists Colleen Barry and Will St. John, a married couple based in Brooklyn, have a limited show up at Caelum gallery in Chelsea called “Ride the Tiger”; their work will be on view for just one more day, with the show concluding on March 16. It’s very worth scrambling over to see. Barry’s tender and visceral odes to the human form recall sculptural masterworks, as though Bernini characters had been rendered with the mottled fleshiness favored by Lucien Freud.

“In terms of color, I was looking at contemporary artists like Neo Rauch and Jenny Morgan,” Barry said to Observer. “I had in mind the drawings of William Blake, ancient Greco-Roman sculptures, and the abstraction paintings of Hilma by Klint.” As life partners, the couple’s work is shaped by their ubiquitous presence in one another’s lives. “Colleen is more of a risk-taker, and when I see her experimenting with her work and trying new things I feel more confident to go outside my comfort zone,” St. John said to Observer.

St. John’s portraits of art world bon vivants, including gallerist Ruby Zarsky and actresses Hari Nef and Patricia Black, are magnificent in their delicacy and beauty. “I’m interested in contemporary figures, people that I think are relevant to the cultural discourse,” St. John said. “I like models that embody a kind of gender ambiguity, which you see in the tradition of Caravaggio and Leonardo.”

Nef, for example, is painted like a stately muse of old: there are shades of Jean Fouquet and John Singer Sargent in the portrait’s exposed, pierced breast and air of romantic realism. “Will has an incredible work ethic, his focus and commitment to quality is unrivaled,” Barry said. “He never fails to inspire a competitive fire inside of me to do my absolute best.”

On the evening of March 10, a private celebration of Ride the Tiger was hosted at the gallery by actors Adam Driver and Joanne Tucker, who’re friends of St. John and Barry. Observer was in attendance, and the atmosphere was irresistible. Glamorous attendees breezed around the gallery, taking in the portraiture and sipping VĪ Aquavit, but even the most jaded New Yorker probably couldn’t help but sneak peeks at Driver, who spoke engagingly with guests and gamely tolerated the attention flowing his way. He’s just as tall and authoritative as he seems onscreen, and he laughs — get this — just like Adam Driver. 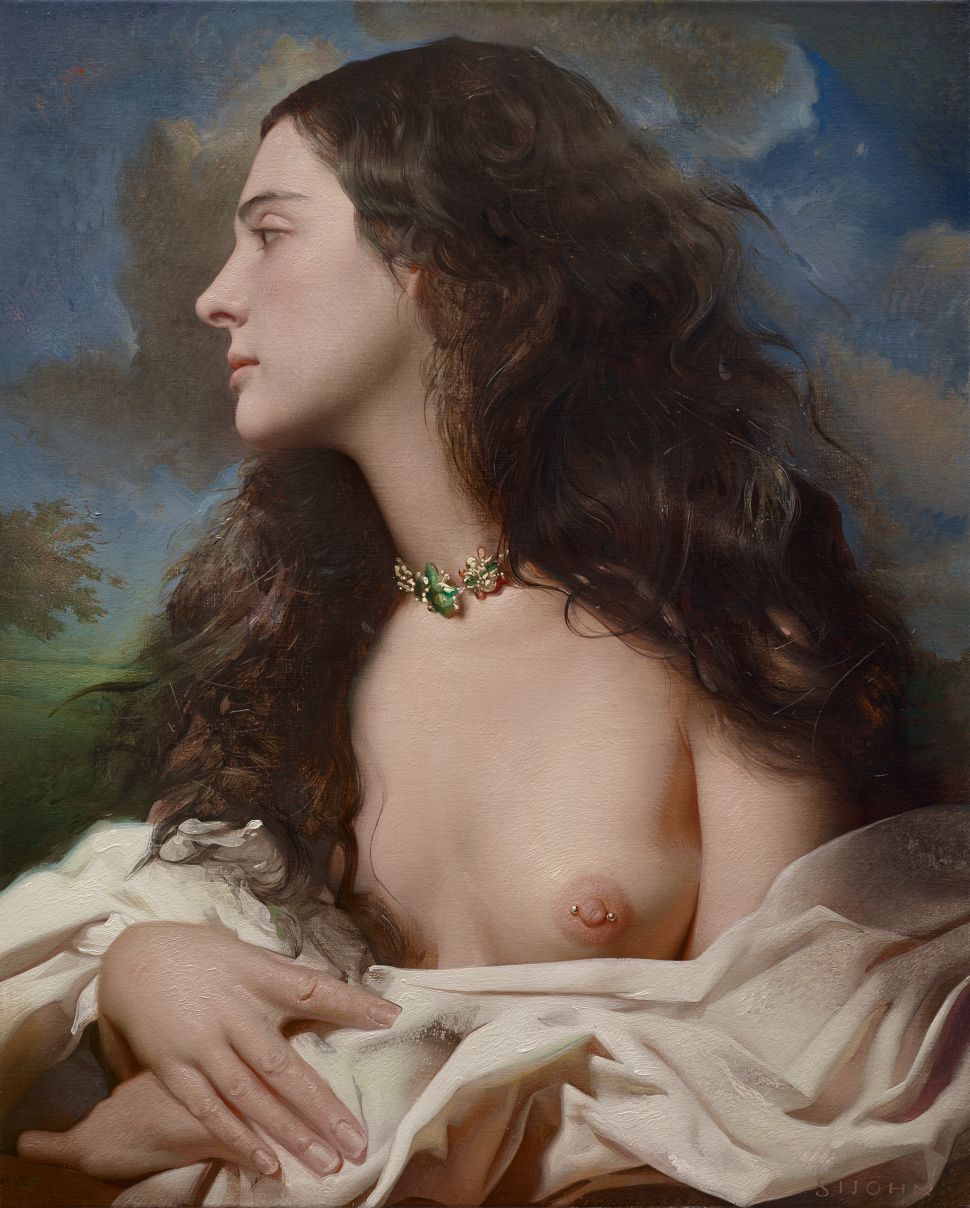