It’s not easy to stop and chat when you’re in the middle of rehearsals for two Broadway shows at the same time, but Ellenore Scott made it happen.

She is currently the lead choreographer of Funny Girl and Mr. Saturday Night, both set to open on Broadway this spring, and due to some COVID-related rescheduling, the two productions are running rehearsals on the same days, in two different buildings, twelve blocks apart.

From growing up in Santa Cruz, California with her parents who were both dancers, to establishing her own career as a performer in New York City, Scott has arrived at this moment after making her rounds through all areas of the industry — training at Alvin Ailey, competing on So You Think You Can Dance, and running her own contemporary dance company ELSCO Dance. But it wasn’t until she started helping musical theater choreographers build movement that something clicked and she understood where she wanted to be.

“I was much more thrilled to be helping develop the movement than I was being a performer. That was my ah-ha moment, and I realized maybe I should shift gears,” Scott told Observer. “For me, storytelling has always been my number one goal when I’m choreographing, and musical theater ended up being the perfect place for that.”

In recent years, Scott has been the associate choreographer on many huge Broadway shows, including Head Over Heels and King Kong, and in 2019 she made her debut as lead choreographer in the Off-Broadway production of Little Shop Of Horrors, which is still currently running. But this spring she finally gets her chance to take top billing on Broadway. As a young woman of color in a largely male-dominated industry, she’s ushering in a new generation of theater creators and just might be the fresh movement maker we’ve been waiting for.

You’ve worked as an associate for many years, but now you’re leading the room as head choreographer. How does it feel different, and how are you approaching the new role?

Honestly, the only difference is the pressure. The pressure leading up to the day, the pressure of being at production meetings, the pressure of actively having a say in what the set design is and speaking with the costume designer about how high the heels need to be for the women… Those things are more active.  You have to think about the show in a deeper way. But when I get into the room and I start choreographing, it just feels like home. I forget it’s for Broadway and it just becomes a studio of amazing dancers.

I love to run a room full of love and laughter because I think artists do their best work when they’re comfortable. It’s important to me to speak with a very generous tone to remind artists that if anything feels uncomfortable, there’s always a compromise. We can always find something that will make them feel their best. I don’t want anyone to be on stage doing something they hate. I always ask, “Are you sure you can do this eight times a week?” I make sure to ask for consent and I do it with a smile.

Your personal movement style is a unique mixture of the various dynamics you’ve worked in throughout your career. How can we expect to see it all blend together in Funny Girl and Mr. Saturday Night?

I don’t think people necessarily consider Funny Girl a big dance show, but I want them to reconsider that because it’s such an activated story about creating theater and putting on a show within a show. For the Follies scenes, the movement has lots of long, beautiful, balletic lines. Other moments have more jazzy movement… think Ragtime, Smokey Joe’s Café… very smooth, low to the ground, and sexy. And then when we’re not at the Follies, everyone is still dancing, but it’s much more organic and pedestrian, it won’t feel like the same people. I used a lot of reference videos from the 1910s and 1920s of loose, flapper, abstract movement, but there also might be some dream sequences where I use a lot of my contemporary background. And then on top of all that, we have our amazing tap choreographer Ayodele Casel who is creating some of the best tap I’ve ever seen in my entire life.

And with Mr. Saturday Night, it’s all about the comedy. It’s all about the timing, the faces, and hitting clear pictures. My dad and his brother were a hip hop duo, and they always injected comedy into their act. It was almost cartoonish and exaggerated. So I’m bringing in that energy. Lots of poses and very Vaudeville-esque. Most of the performers are actors first, not trained dancers. But it’s fun for me to work with whoever I have and create something they enjoy doing. When I watch them do the movement, I laugh, and that’s the goal.

Theater choreography has been largely dominated by white men for a very long time. This industry is one that tends to protect its established systems and people even if they don’t want to admit it. As a young woman of color who’s now choreographing two Broadway shows in one season, what emotions does that stir up in you?

I definitely feel proud of what I’ve done and where I’m at now. I feel proud that I can be a face for young girls of color to see and know that they can do this too. And it means a lot to me that Camille A. Brown is also directing and choreographing a Broadway show in this season. But I do sometimes ask myself, “Is this only happening because of everything that’s been going on in the world? Am I only in the room to be the face of diversity and because they needed a woman on the team?” That’s hard to negotiate, but ultimately it doesn’t matter. It doesn’t matter if the powers that be put me in the room because they needed a token. I’m in the room now, so I need to do the job and I’m going to do it well because that’s just what I do.

I’ve been in rooms where we’re running an audition for a workshop and I was the only person of color and the only woman. And even though I was just the assistant, the producers asked me to sit at the table with them because they knew it would look bad if it was a table of only white men. I was just used as a face. But I know I am really good at what I do, and now I can’t wait to prove that I’m not just a pawn for the creative team, I deserve to be where I am.

Diversifying the leaders of theater is necessary if we really want our art to accurately reflect life. What do you think are some of the best steps the industry can take to keep making that happen?

The first and foremost thing that needs to happen is putting money into telling stories of and by women and people of color. That then leads to more diverse teams because we no longer want to see a white man telling a brown woman’s story. We’ve seen that so many times and we’re done with that. So it has to start with the material.

And then every part of the theater building community needs to continue to actively push for diversity of their crews. Every part of theater is white male led. Playwrights and composers and lighting teams need to start having more internships and apprentices for people of color. Maybe we send these folks out to hold workshops for communities who never knew those were areas of theater they could work in. The directors, the sound department, the choreographers, the social media teams, the crew… it can’t just be the actors on stage. I’m interested in how many different areas of theater can be diversified by visibility and active education. 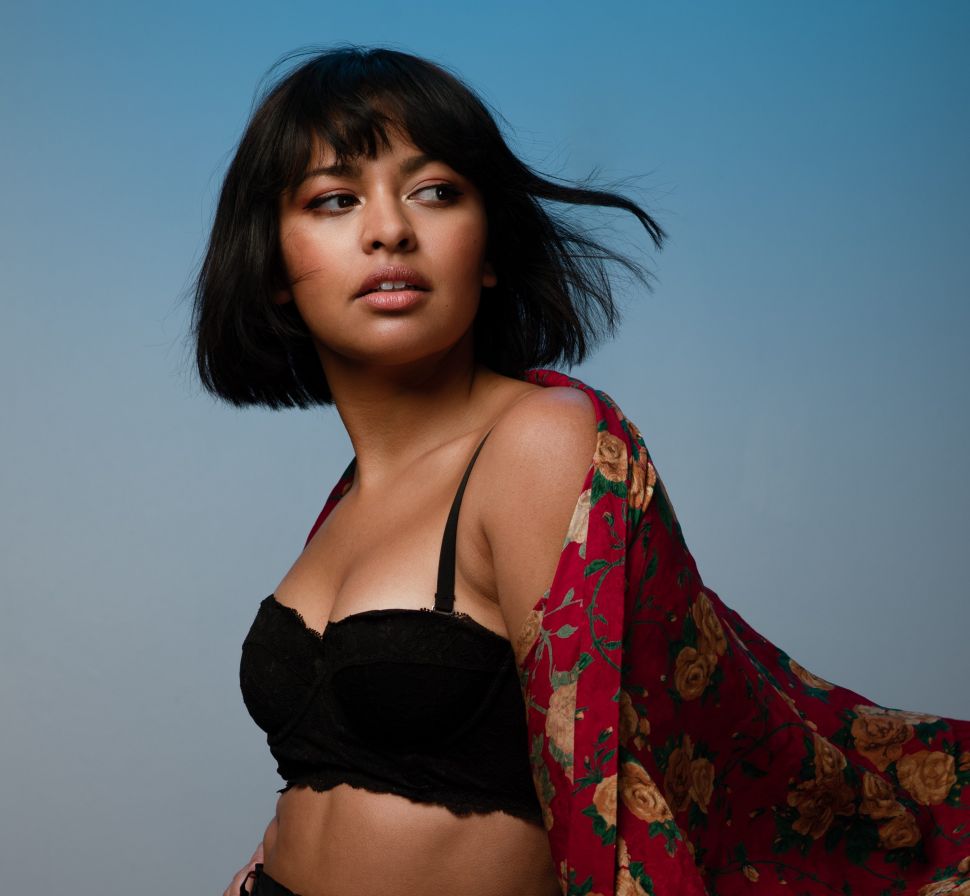