Damien Hirst, the richest artist in the U.K. with a reported net worth of $384 million, collected £1.3 million ($1.7 million) in Covid furlough payments from the U.K. Treasury, according to the Daily Mail, which examined accounts filed for his art production company Science (UK) Ltd. The documents say Hirst was able to claim the sum after appealing to the U.K.’s job retention program, whose funds are intended to flow directly to employers hit hardest by the fallout of the Covid-19 crisis. In 2021, Hirst separately collected a three-year, £15 million business interruption loan from the U.K. government’s Covid-19 emergency fund on behalf of Science (UK) Ltd which, at the time, owned art collectively worth £42.7 million that had yet to be sold. While claiming the £15 million, Hirst laid off 63 people from his studio. Hirst could not be reached for comment on this story.

Since establishing Science Ltd, Hirst has spared no expense for his art production company. In 2018, the company spent £40 million on a 27,742 square foot, seven-story building in London’s Soho to serve as Science Ltd’s headquarters.

Years before Hirst managed to acquire funds via the Covid-19 job retention program, the artist came under fire in 2018 for laying off 50 Science Ltd. employees, essentially because he felt like it. “These changes are not driven by a need to reduce costs but by his desire to cut the corporate elements of the business to get back to a simpler way of working,” a spokesperson for the company told The Art Newspaper at the time.

“The work can be quite factory-like, they don’t have windows or air-conditioning so in the summer it’s stuffy, fumy (sic) and doesn’t feel healthy but don’t complain as they will have you marked as a trouble maker,” a former painting assistant at Science Ltd wrote on Indeed in 2018. “In general keep your head down it’s a very hierarchical company. It’s also not a secure job, every few years they make redundancies.” The indeed.com page for Science (UK) Ltd. features six reviews from former employees, and overall the company earned an average of 2.2 stars out of 5.

Hirst’s success in securing government employee retention funds while laying off employees isn’t unique. In 2020, the Solomon R. Guggenheim Museum in New York received $5.9 million loan from the U.S. government’s Paycheck Protection Program. In the same year, the Guggenheim reduced its staff numbers by 11%, and museum director Richard Armstrong’s salary increased by $400,000 between 2019 and 2020. The layoffs reflected “reality of the present economic conditions and the financial impact of mandated closures and restrictions that are affecting arts institutions and non-profits,” Armstrong wrote in a 2020 letter to the staff. 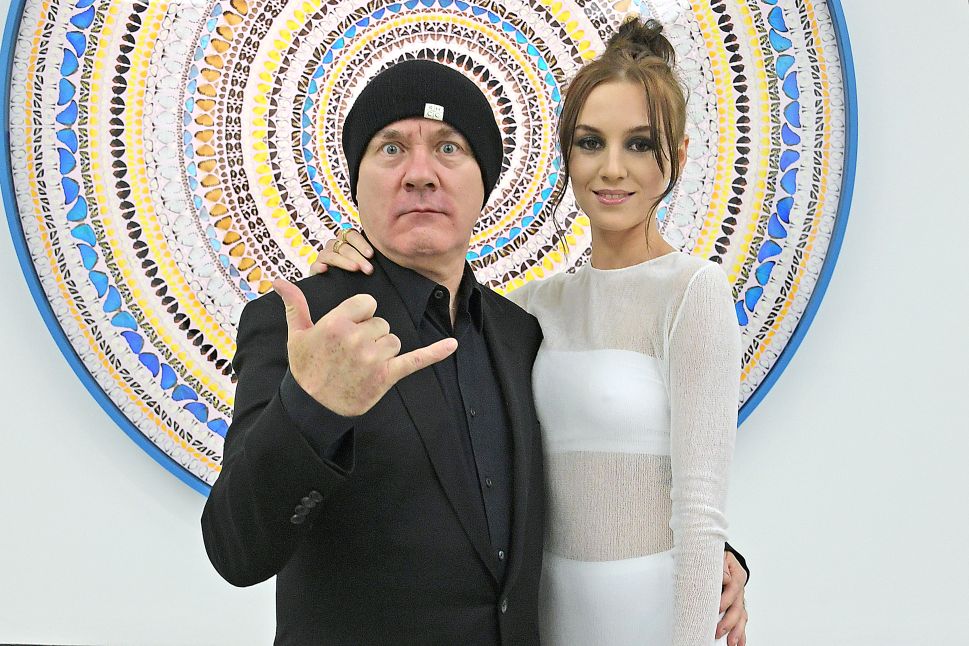