I was disappointed by the perplexing reviews from other critics (mixed, but mostly negative) of Deep , a sexy psychological thriller directed by Adrian Lyne that I liked quite a lot.  It has its drawbacks (too slow in spots, fragmented in others) but what it lacks it more than makes up for with unusual plot twists, a breathless narrative based on one of those meticulous page turners by crime queen Patricia Highsmith (The Talented Mr. Ripley), stunning cinematography on locations in and around America’s sexiest city, New Orleans, and a perfect cast.  Mr. Lyne, famous for his erotically charged trademark thrillers (who could forget Fatal Attraction or 9 1/2 Weeks?) does not compromise here.  OK, it’s not Body Heat.  But it kept my motor running.  Best of all, at a tragic time for movies when marquees are overcrowded with lame, overpraised and unwatchable mediocrities like violent Marvel comics and unspeakable atrocities like The Lost City, Deep aims for a more mature market weaned on movies about grownups that you remember after the final reel.

A superb Ben Affleck and gorgeous Ana de Armas play Vic and Melinda Van Allen, a beautiful couple who are unconventional, even to their friends.  He collects snails and she has a passion for extramarital sex with her older husband’s knowledge and disapproval. One of her bedmates has disappeared and Vic kids around about killing him.  It’s just his peculiar sense of humor, but the rumor spreads.  Melinda’s juvenile behavior is annoying to the point of madness.  Her latest diversion—a piano player named Charlie, who works in a French Quarter jazz bar.  Vic finds a canceled check labeled “piano lessons.  He sends her tulips which she uses to decorate the bedroom. Her sleeping around grows in intensity; so does his rage, which turns to paranoia. At a yard party, Charlie is found dead in the swimming pool.  Vic taunts his wife, who is now convinced he really is turning into a serial killer.  But she stops short of telling the cops.  Sample scene:  “If you think I killed Charlie, aren’t you frightened of me?”  “No.”  “Why not?”  “Cause I’m the thing you killed for.”  That’s the clue—to the film and the marriage.  Her feline strategy, replete with sex, passion and no-holds-barred frontal nudity, and his palpable jealousy and fearless drive are the elements in their relationship that keeps Melinda stimulated and Vic in lust.  No spoilers, but there’s a twist ending that drove many critics to cry foul play.  But it’s this dire conclusion, with its questionable resolution, that guarantees longevity.  Ben and Melinda will stay together as long as they keep the pain and deception fresh and fire the betrayals with imagination.

Ben Affleck plays a diabolical husband with the calm, resolute demeanor of a mathematician solving an elaborate calculus problem.  Ana de Armas plays a wife with carnal ingenuity.   She keeps finding handsome new guys to reduce the boredom, and he keeps thinking up ingenious new ways to murder them.  Heading the exceptional supporting cast is actor-playwright Tracy Letts, as the suspicious neighbor whose radical discovery of the truth fatally backfires.  How she finally traps her husband and ends the charade gives the film its “gotcha” moment, but Deep has shock effects when and where you least expect them.  It’s the kind of riveting and dynamic thriller from start to finish we used to take for granted in the good old days, don’t see much anymore, and could definitely use a lot more of. 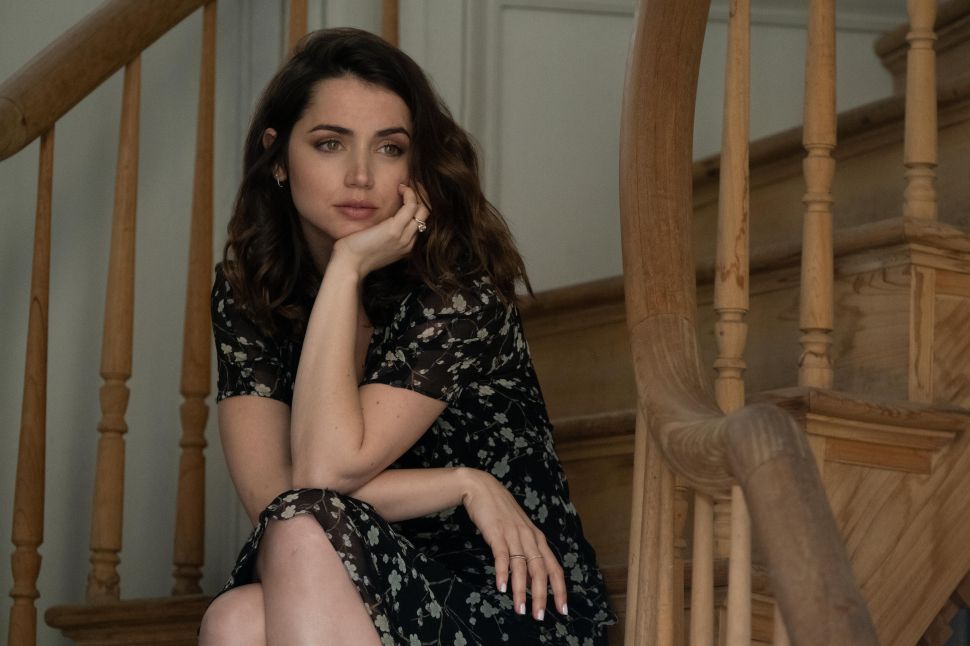