Ian Bremmer founded the Eurasia Group and G-Zero Media, and is an astute chronicler of global politics and economics. He has especially focused on G-Zero, the idea that the post-Cold War world lacks any genuine global leadership. On Thursday, Observer sat down with him for an examination of the impact of Russia’s invasion of Ukraine. This transcript has been edited for length and clarity.

Observer: Realistically, is there anything the West could have done to either prevent the invasion or to make it a little less horrible for Ukraine?

Bremmer: Yeah, but not recently. I mean, the fact is that the West, for a long time, has not been taking Russian incursions seriously. In 2008, they took a piece of Georgia. We didn’t do very much. 2014, they took two pieces of Ukraine. Didn’t do very much. 2016, they messed with our elections. Didn’t do very much. Especially after Biden comes in, he’s older, he is focused on China. He fucked up Afghanistan. Merkel’s gone. She was very important and strong in driving this policy. Macron’s focusing on his elections talking about strategic autonomy, but I think there were many, many reasons why Putin would’ve believed that this was the exact right time to do what he did. Some of that was a misjudgment and some of that was frankly, an unwillingness of the Americans for a long time to act like the global policemen or stand up to red lines and articulate in a clear way to Putin what the real interests of the United States and allies actually are. I remember when I was in Munich and I saw Kamala saying, okay, ‘well, if you invade Ukraine a second time, then we are really gonna make you pay for it.’ It’s by definition a stupid sounding thing to say. I think that Putin believed as a consequence, it wasn’t very credible. He was badly wrong.

And now we have a problem. I do not see any circumstance where Putin can get out of this in anything close to the position he was in before he launched the invasion. In terms of his domestic political stability, in terms of his domestic economic position, and in terms of his geopolitical position in Europe, and more broadly, anything he decides to do is much worse than if he hadn’t invaded. And that’s a very, very bad position for a malignant narcissist like Putin to be in. I’m actually deeply concerned about where we’re headed.

Observer: There’s a school of thought that says that Putin has united the West in opposition in a way that no other person or event has done for decades. I’m curious if you agree with that. And if you do, does it have any effect on the G-Zero thesis?

Bremmer: Mm. I wish to say it would. My new book coming out in May is called The Power of Crisis since particularly when you enter G-Zero, you’re not gonna fix the US domestic political problems. You’re not gonna fix US-China. So might you be able to take advantage of crises that you have to make a difference? And this is definitely a case of using a crisis to move the needle, but you’re not creating global leadership. I wanna be clear. Yes, NATO now has been revitalized as a purpose. Olaf Scholz gave a speech last week, most important European speech since the Wall came down. And the peace dividend is over. We’ve had it for 30 years, it’s over, that’s the best way to think about this, because it’s mattered a lot and now we aren’t gonna have it, but that doesn’t mean that we’re moving towards a new global order.

What it means is that the United States and Europe, at least for the time being, have recognized that we’ve got a very serious direct threat and that national security needs to be prioritized on the European continent. China is not fully with the Russians, but they are more with the Russians than they are with the Americans and the Europeans. And it is possible that China, as a force for stability on this issue, as opposed to globally, might be able to help us get a climb down or at least a cease fire. But I don’t think it’s likely, I think it’s more likely that the sanctions as they exist persist and that the Chinese become the most important economic conduit for the Russians globally, which is generally speaking bad for the planet.

Observer: Do you think there’s a realistic chance for a cease fire in the next couple of weeks?

Bremmer: No. It’s possible, but it is far from base case because the Russians have not come close to accomplishing anything they want to accomplish. I think that at this point, Putin wants Zelensky out. It is interesting that Zelensky has intimated that he would be willing to talk about neutrality for Ukraine, which a few weeks ago might have been an interesting way to pursue negotiations, but now is much less. I mean, I’m glad the negotiations are happening so far. The only thing they seem to be accomplishing is allowing humanitarian passage for people to get out. But the reason why Putin wants that to happen is he wants to show, ‘I’m not trying to kill hundreds of thousands of Ukrainians. I want this ‘Nazi regime’ out,’ and he hasn’t changed on that. And more troops are coming in, more troops with heavier armaments and less accurate armaments. Everything Putin is doing in the field and on the ground right now points towards escalation, every single thing.

Observer: What do you project as the future for the Russian economy say a year, two years from now, what does it look like?

Bremmer: Probably a five to 10% contraction of GDP compared to where it was, already underperforming given the 2014 sanctions. I suspect that gas and oil and coal will be at least somewhat disrupted to Europe. Most European and American and investments into Russia will be suspended or ended. Russia will increasingly be aligning its infrastructure, build its financial transactions, its technological orientation and its supply chains towards China, towards India, towards the Middle East and towards a bunch of other middle- and lower-income economies. So it’s not autarky, but it is a fundamental break in what had been a significant interdependence between the Europeans and the Russians. And of course there are knock on effects in a big way in the global economy because Russia, even though it’s only the 11th largest economy in the world and certainly heading downwards, has also been very interlinked with the rest of the economy. And that comes on the back of two years of pandemic and higher debt levels on the part of emerging markets. And there’s gonna be stresses as a consequence. Turkey’s in a lot more trouble because of what’s happening in Russia. You could easily see financial crises in major emerging markets, Latin America too, as a consequence of what we’re seeing right now.

Observer: You’ve in the past described Biden as an asterisk president. Does this confrontation change that?

Bremmer: I haven’t described him that way, per se. I’ve said that he is going to be seen that way by almost half of the population, which of course is clearly true. In the sense that most people that voted for Trump consider him illegitimate as president and a substantial minority believe that Trump should be brought back to office now by violence, if necessary, which is a fairly unusual position for a representative democracy to be in. I think so far, Biden has done a pretty good job in handling this crisis. And you saw that McConnell came out and publicly said, I generally agree with what Biden is doing. In terms of actual policies, Democrats and Republicans and certainly the leadership in Congress generally are on the same page: Ukraine should not join NATO.

They should be provided with weapons. We want negotiations, but barring that massive costs in terms of deterrence. We want multilateralism, with the Europeans as strong as possible. That’s a pretty wide set of agreements in terms of policy, but we need to be clear, that as this becomes more of a debacle on the ground and especially if Zelensky is killed or when Kyiv collapses after a siege and enormous amounts of people dead and rubble in the city, I do believe that the Republicans, as we get closer to the midterms, will tilt towards ‘None of this happened under Trump. It’s all happening under Biden. Democrats criticize Trump for being close to Russia. Look what happened under Biden.’ And the reality is that Biden is certainly gonna get pasted in the midterms and he’ll get impeached shortly afterwards, I don’t know for what, but it doesn’t really matter. The point is that the perception of dysfunctionality will return with a vengeance, as opposed to what we saw with the State of the Union, where for the first five minutes of that speech, it felt like the US was a pretty good functioning democracy.

Observer: Thinking about the future of the Chinese Russian relationship, does the West have any leverage to keep China from helping Russia too much, both for the technology transfers, but also for the financial transfers?

Bremmer: Yeah, sure. In the sense that when the Americans put direct sanctions on individual corporate and financial actors that are working with Russia, the Chinese generally wanna avoid those sanctions. Definitely the fact that the US is the largest economy in the world and has the largest banks in the world. And China wants a functional relationship with the US and with Europe, and primarily has power that’s expressed through their commercial interests and through their economic capacity, that will limit just how much of a tilt you get from China to Russia. But there’s still an awful lot China can do with Russia precisely because they’re so big as an economy that if they start tiptoeing up to, or even stepping over the line on some of these sanctions, how much are the Americans gonna be willing to say, we’re gonna cut off that entire system. At some point, you have to worry about that. 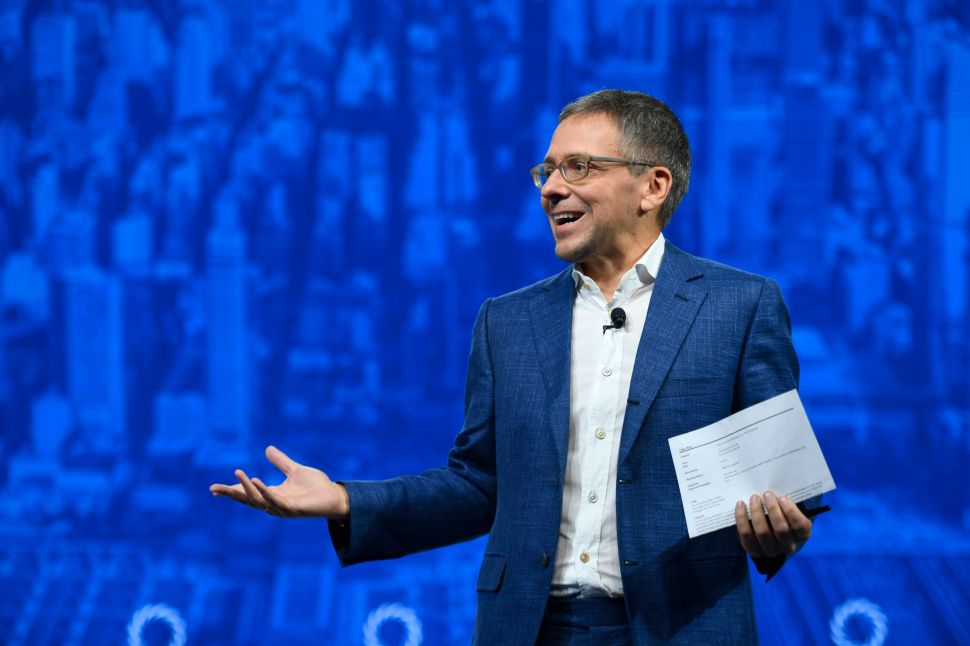