I don’t much care for dating hell movies. You know, the ones where nice women go to Gethsemane and back to find Mr. Right and end up with Mr. Wrong, experiencing humiliation, torture, and new, horrifying ways to use kitchen appliances. But a thing called Fresh takes the genre one step beyond acceptance, combining sex, romance, and cannibalism. Call it Fifty Shades of Grey with Tabasco sauce.

Sebastian Stan, one of the small handful of current screen heartthrobs who can legitimately lay claim to the label “handsome, clean-cut, Nautilus-trained hunk”, has been turning in solid performances for a few years, beginning with an outstanding starring role in the Broadway revival of Picnic and continuing with high praise as disgraced figure skater Tonya Harding’ controversial husband in I, Tonya. In Fresh, he tackles a different kind of assignment, as a fiendish doctor with a yen for seducing beautiful girls with his magnetic personality and witty, intelligent line of bull. Gets ’em every time, but little do they know what they’re in for after they hit the Porthault sheets. Like Jamie Dorman in the sexy Three Shades trilogy, Dr. Steve is rich, well dressed, and a perfect catch. Meeting innocently by chance in a grocery store, smart, lovely Noa (wildly appealing newcomer Daisy Edgar-Jones) is impressed by his ambition( he claims to be doing an internship in reconstructive surgery, which, in California guarantees a lucrative future) and the things they share (they both hate the superficialities of the modern dating scene). He doesn’t believe in sex on the first date, which makes her respect him even more, so after they get to know each other better, they’re off to a romantic weekend in the country together. Everything jells so peacefully that Noa can’t believe her luck, and neither can we. So far it’s a smart, clever little love story—not exactly original, but not without its undeniable charms, either.

Crash! When things turn, the movie hits its stride with the force of a terrifying gale that strikes in the middle of an otherwise placid summer.

When Noa wakes up, she’s chained to the floor in handcuffs; even the delicious gourmet meals in bed are part of a diabolical scheme to prepare her for unspeakable things to come. The man of her dreams is actually an accomplished surgeon with a deep psychological passion for gourmet meals of human organs. Nothing is as it seems. The doctor even has a wife, but when she disrobes to show she only has one leg, you begin to wonder if she plays an important role as her husband’s sous-chef. There are other girls crying out from adjoining cells who are awaiting similar fates, but when Noa fights back, Dr. Steve takes revenge for losing her trust and begins performing little surgeries, beginning with her tasty derriere. Mayhem ensues with guns, knives, sharp car keys, shovels, and everything in the kitchen cabinet. Eventually she asks him what human flesh tastes like. “Well,” he says, carefully, “it depends on where it comes from and how it’s prepared—but if it’s done right, it’s fucking exquisite. It’s like nothing you’ve ever had before.” In plot twists I found increasingly disgusting, Noa joins the feast and shows signs of a special fondness for the doctor’s pate with garlic and rosemary, a Blue Plate dish saved for special occasions, like brutal homicides.

To relieve the growing nausea, there are occasional interjections of humor in the screenplay by Lauryn Kahn that seem both inappropriate and ill-timed in all the wrong places. (Girl in the next cell on the other side of Noa’s wall: “How’s your ass?” Noa: “Still gone.” But although it’s a sick and depraved menu, director Mimi Cave’s direction, for the most part, strives to be different—and succeeds. The freshest thing about Fresh is Daisy Edgar-Jones, a uniquely intriguing actress with a big range of emotions, a natural talent, a bountiful gift of expression and a fascinating way of saying things in ways that are entirely unexpected. Sebastian Stan is a surprisingly adept co-star, macabre but perversely intriguing. He savors every bite of his insane culinary creations, but Hannibal Lecter wouldn’t care much for the appetizers. There’s not a fava bean in sight. 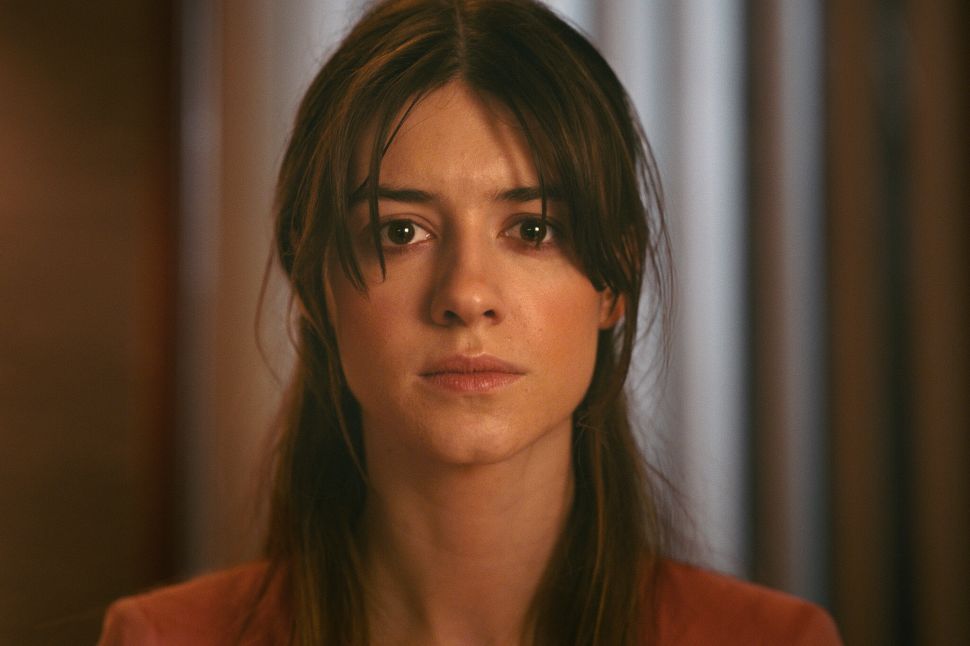