Gas prices have jumped tremendously in the past week amid the economic fallout from Russia’s invasion of Ukraine. On March 10, two days after President Biden announced a ban on Russian oil imports, the U.S. national average gas price reached $4.31 per gallon, according to the American Automobile Association. Now that driving a car powered by fossil fuels gets more expensive by the day, does it make sense to finally switch to electric?

Historically, abrupt jump in gas prices often led to increased demand for electric and hybrid vehicles. This was the case during oil price spikes in 2008 and 2011, according to automotive information site Edmunds.com.

But the situation is different this time. As oil prices surge, electric vehicles are increasingly expensive as well—for a host of reasons. And, like just about every other type of vehicle, they are in short supply.

First, there is the ongoing chip shortage caused by pandemic-related production disruption. Additionally, some key raw materials of electric vehicle batteries are seeing price spikes like that of oil as the war rattles commodity markets. “Electric vehicles are more dependent on microchips and rare earth metals than traditional vehicles, making the industry challenges of the past two years particularly costly for EVs,” said Karl Brauer, an executive analyst of the automotive research site iSeeCars.

The price of nickel, a main component of EV batteries, has jumped 400 percent since the war in Ukraine began, according to data compiled by the Wall Street Journal. On Tuesday, nickel contracts skyrocketed so rapidly that the London Metal Exchange, the world’s largest exchange of industrial metal futures, had to suspend trading.

There is no direct sanctions on Russian metal exports yet. But prices of nickel and other metal commodities have been surging for weeks as talks of the West’s ban on Russian oil export drive concerns that metals could also be targeted.

Tight Supply Is Driving Up the Price of Electric Vehicles

Then, there is the supply squeeze. A record-low inventory of new cars—both electric and gas-powered—have driven up prices at both dealerships and used car markets. A Tesla Model 3 Long Range sedan, one of the best-selling electric vehicles in the U.S., cost $48,000 in March 2021, according to tech news site electrek. Now, it’s selling for $52,000 (before potential tax savings) on Tesla’s website. Some used Model 3 cost even more. According to a February study by iSeeCars, a one-year-old Tesla Model 3 cost $8,300 (or 17.8 percent) more, than a new one.

At the end of 2021, inventory levels at U.S. car dealership were at their lowest since the 2008 Financial Crisis, according to a report from the automotive analytics firm IHS Markit.

“These issues should eventually be resolved, but the current state of the world is not friendly to EV production,’ iSeeCars’ Brauer said. “(It’s) cutting profits and forcing price hikes in many instances.”

Cost factors aside, there are also EV makers who seem to hike up prices just because they can. Rivian, the Amazon-backed EV startup whose electric pickup is rated “2022 Truck of the Year” by MotorTrend magazine, recently announced a nearly 20 percent price increase on their most popular pickup and SUV models. (Rivian later reversed the price increases after meeting strong customer backlash, including a shareholder lawsuit.) Rivian has delivered only about 1,000 vehicles to date and hasn’t begun mass production. It’s unclear how supply chain constraints would affect its cost economics.

Most hybrid and fully-electric vehicles are more expensive than their gas-powered equivalents. The time it takes for owners to offset that premium withtax rebates and gas savings varies from model to model. When asked whether now is a good time to buy an electric vehicle, Brauer said, “It’s not a great time to buy an EV but it’s no worse than anything else given the current market conditions.” 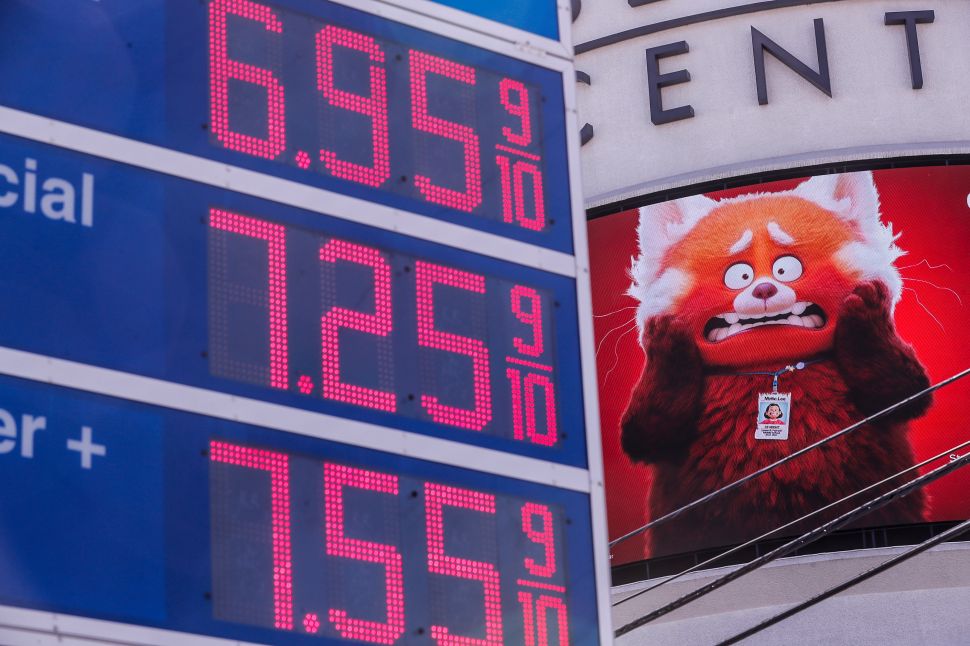