The Oscars are upon us once again, and while movie releases are still staggered and slightly weird feeling due to a constant stream of variants, movies are more back than they were in prior years, and tinseltown’s big night is here! A handful of us on the Observer editorial team have given our predictions, opinions and guesses who might take home an Oscar Sunday night. Through the extremely scientific means of “Majority Rule,” we’ll be presenting the Observer Oscar Guesses for select categories. Read the nominees and make your own guess below! We’ll update this post with the real results as they roll in.

ACTOR IN A LEADING ROLE
NOMINEES
JAVIER BARDEM, Being the Ricardos
BENEDICT CUMBERBATCH, The Power of the Dog
ANDREW GARFIELD, tick, tick…BOOM!
WILL SMITH, King Richard
DENZEL WASHINGTON, The Tragedy of Macbeth

Our business reporter Sissi Cao guesses Benedict Cumberbatch for this one along with our executive editor James Ledbetter, while our arts reporter Helen Holmes put her guess towards Will Smith, along with our managing editor Samantha London, our arts editor Erin Taylor, and our senior business editor Oliver Staley. Our media reporter Isabella Simonetti and myself both threw our weight behind Denzel Washington.
Observer’s Guess: Will Smith, King Richard.

Sissi’s guess is for Jesse Plemons. Helen, James, and Oliver put their bets behind Kodi Smith-McPhee, with Oliver saying “In a lot of ways, The Power of The Dog tried too hard, but Smit-McPhee’s performance seemed effortless. He managed to appear simultaneously weak and vulnerable and yet completely in control. He was mesmerizing.” Isabella, Samantha, Erin, and I all guess Troy Kotsur.
Observer’s Guess: Troy Kotsur, CODA
Actual Winner: Troy Kotsur, CODA

Sissi’s throwing her weight for a second Best Actress win for Olivia Colman (she earned it after years of her character suffering on Peep Show). Erin and James are putting their chips on Penelope Cruz, with James citing her as a “sentimental favorite.” Helen and I might riot if Kristen Stewart doesn’t get the award this year, and Isabella, Samantha, and Oliver all say it’s going to Jessica Chastain, with Oliver noting how much she physically disappeared into the role.
Observer’s Guess: Jessica Chastian, The Eyes of Tammy Faye.

Helen has opted out of a guess for the animation category. “I don’t care. You can run that.” James said “no idea.” Erin guesses Raya and the Last Dragon. Sissi says Luca. I say with a weirdly split field between 3 critically well received Disney movies there might be a shot in hell for Flee, which was very good. Isabella, after asking “what is Encanto” guesses Encanto along with Samantha and Oliver.
Observer’s Guess: Encanto. Sorry none of us really saw animated movies this year.
Actual Winner: Encanto, Jared Bush, Byron Howard, Yvett Merino and Clark Spencer.

Oliver thinks it’s Jon Spaihts and Denis Villeneuve and Eric Roth’s time to shine here for Dune. Sissi says Siân Heder for CODA. Isabella and Erin are standing behind Ryusuke Hamaguchi, Takamasa Oe for Drive My Car. Helen, Samantha and I are guessing Jane Campion for The Power of the Dog.
Observer’s Guess: Jane Campion, The Power of the Dog.
Actual Winner: Siân Heder, CODA

Sissi says Adam McKay and David Sirota for Don’t Look Up. Helen is going with Paul Thomas Anderson for Licorice Pizza, noting “It’s hard to be funny!” Samantha and Oliver think it’s going to Kenneth Branagh for Belfast, and Isabella Erin, and I thinking this is Eskil Vogt and Joachim Trier’s category for The Worst Person in the World.
Observer’s Guess: Eskil Vogt, Joachim Trier, The Worst Person in the World.
Actual Winner: Kenneth Branagh, Belfast

INTERNATIONAL FEATURE FILM
NOMINEES
DRIVE MY CAR, Japan
FLEE, Denmark
THE HAND OF GOD, Italy
LUNANA: A YAK IN THE CLASSROOM, Bhutan
THE WORST PERSON IN THE WORLD, Norway

Sissi says Flee, while Samantha says The Hand of God. The two big western crossover hits are in a showdown here, with Isabella and Erin guessing The Worst Person in the World, and Helen and Oliver thinking this is Drive My Car’s category. I’m torn, but I think I’ll be the tiebreaker and say Drive My Car.
Observer’s Guess: Drive My Car, with apologies to Lunanan: A Yak in the Classroom being the only movie none of us guessed.
Actual Winner: Drive My Car, Japan

Samantha and Oliver are guessing Dos Oruguitas from Encanto, Erin says Somehow You Do from Four Good Days, and Isabella, Helen, Sissi, and I all say this is Billie’s Oscar to win for the theme from No Time To Die. Is it me or is it a little weird that Encanto didn’t nominate their massive chart topping hit “We Don’t Talk About Bruno?”
Observer’s Guess: Billie Eilish and Finneas O’Connell for “No Time To Die.”

Alright. The Big One. Before we go any further, if you place any weird monetary bets around this based on our guesses? Don’t do that. Why did you do that. When I saw The Tragedy of MacBeth I was so elated my theater was empty I recreated the time Hulk Hogan took a photo in an empty theater at a screening of Teenage Mutant Ninja Turtles. I’m not an expert, I’m a goofball! We are merely guessing, because the Oscars are fun and it’s fun to guess. You should, ideally, see these movies yourself and decide what your personal favorite was, because that’s how you should see movies and experience art!


Bearing that in mind, Oliver thinks Belfast is going to take the Big Award. Helen thinks West Side Story’s gonna do it. Isabella and Erin think it’s the year for Drive My Car, and Samantha, Sissi and I think this is The Power of the Dog’s award.
Observer’s Guess: Power of the Dog, Produced by Jane Campion, Tanya Seghatchian, Emile Sherman, Iain Canning and Roger Frappier.

And there you have (some) of our guesses. We definitely don’t feel everyone who should have been nominated was- Erin is shocked Memoria wasn’t nominated, I think it’s heinous Simon Rex didn’t get recognition for Red Rocket, or Nicholas Cage for Pig. Helen raised some really great points about the year overall, saying “It felt like a genuinely weird and stimulating year for movies, which I do not feel has been the case of late. I physically Need Kristen Stewart to win an Oscar — ever since Personal Shopper I’m convinced she’s the most watchable person alive. Alana Haim is a huge snub. She was luminous in Licorice Pizza.” Isabella feels Jennifer Lopez should have an award by now but “Marry Me is eligible for next year.” J Lo hive will rise. Enjoy the Oscars! Enjoy movies! 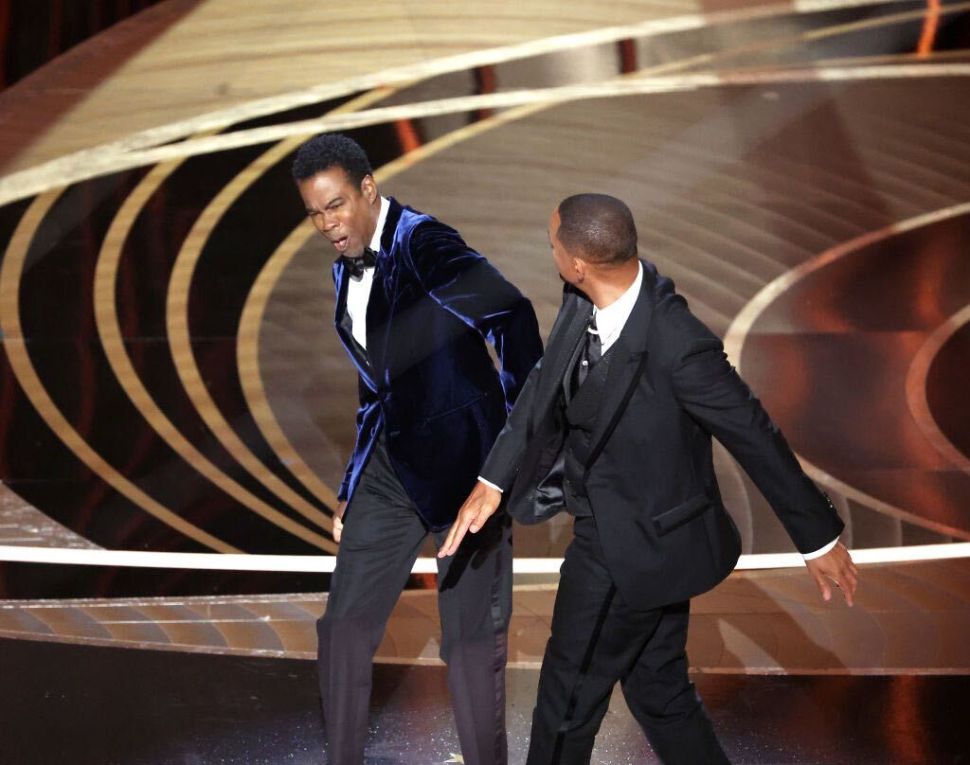