James Dewitt Yancey, better known as J Dilla, was a revolutionary Detroit beatmaker who died of a rare blood disease plus lupus a few days after his 32nd birthday in 2006. He was always a cult figure and might still be so classified if it makes you feel better being barely aware of him, as I was when he was alive and that’s my job. But that’s not why Dan Charnas describes his death a full 100 pages before the end of this exceptional biography. Dilla was never a failure, but now he’s legendary, and Charnas has done well to untangle the ever evolving skein of art and money and family and friends his legend encompasses. Nor is that all Dilla Time (MCD/Farrar, Strauss & Giroux) achieves. Almost incidentally but also crucially, it also lays out the evolving culture and geography of African-American Detroit from Henry Ford through Motown through the 20-year mayoralty of progressive Coleman Young through the shrinkage that only accelerated after Young left office in 1994. Dilla didn’t grow up poor, but neither was he middle class, and Charnas diligently traces the shifting employment history and stalwart entrepreneurship of a family that never managed to convert its considerable musical gifts into a living wage while imbuing young James with music that turned out to be like no other.

Just on a sociological level, then, this is a rich read. But deeply and vividly reported though it is—Charnas’s wife, Wendy Walters, is a native Detroiter who helped a lot—in Dilla Time that’s just background. Dilla’s seismic innovations were rhythmic, so Charnas and Jeff Peretz, his colleague at NYU’s Clive Davis Institute of Recorded Music, fashioned a system of grid-based musical annotation based on rhythm rather than pitch. Even if you don’t act on the “Try It Yourself” invitations that accompany these grids—and I know three readers who loved this book, including me, who swore they would but barely got started—being able to see, physically and schematically, the kind of elaborations and disruptions that rendered Dilla “the hip-hop producer who reinvented rhythm” adds decisively to your comprehension.

One way to conceive Dilla is as the 21st-century James Brown, whose edict that every Famous Flame was playing a drum bore fruit with the seminal rhythm-hooked 1965 “Papa’s Got a Brand New Bag.” That supposed novelty hit presaged a musical world where by the early ’80s multiple rhythmic elements clashing and meshing were taken for granted, perceived pre-consciously, so that, as Jonathan Lethem once put it, “younger listeners” lived “entirely in a sonic world of James Brown’s creation.” But polymorphic though those rhythms were, they were always carried along by a defining pulse—a “good beat.” In Dilla time that defining pulse is by no means dispensed with. But it is invariably undercut or counter-embellished by less predictable rhythmic elements that don’t repeat as reliably as they did in the not-so-old days.

Son of a bassist-vocalist father who clocked dollars in the auto industry and a mother good enough to sing in clubs if there’d been a living in it, James Dewitt Yancey was musical from infancy—his father would put him to sleep by playing bass on his belly—and grew up in James Brown’s sonic world. Quiet and hyperintelligent as well as a stutterer like his dad, he carefully removed the album jackets that adorned the walls of his grandmother’s basement, read the notes, and pinned them back up again. Before there were samplers much less computer music programs, he figured out how to dismember cassette decks and create painstaking beats by hand on a drum machine. A generous local musician tutored him on an Akai MPC60, a revolutionary if primitive MIDI Production Center that James learned to, well, play—decelerating samples against the device’s implacable clock, freehanding additional touches where he sensed they belonged, sampling and chopping sounds he wanted to move around. Invariably, the better-schooled guys in the room were awed by this shy kid’s matchless talents and how stubbornly he stuck to his guns about what he wanted when and where. In a formula worth bearing in mind, Charnas says Dilla was in part inspired by a rough recording he’d heard of a fabricated “party”: “The sound of error stayed with him. It remained until he found a way to make errors on purpose.”

Dilla was exactly the right age to come up with hip-hop, and early on began rapping himself and working with other Detroit rappers, some of whom joined him in Slum Village, a group called I’ve never gotten into myself—as fundamental as beats are to hip-hop, rapping is even more so, and none of these guys including Dilla himself were masters of rhyme or flow. But that’s of little moment in terms of Dilla’s artistic legacy, because the travails of Slum Village pale against the excitement this reclusive young regional beatmaker generated among hip-hop cognoscenti. Before the ’90s were over, he had active working relationships with the two brainiest movers and shakers on the avantish side of hip-hop’s commercial universe, Q-Tip of A Tribe Called Quest and Questlove of the Roots. And so in 2000 came r&b Jesus D’Angelo’s breakthrough Voodoo, produced by a loose collective called the Soulquarians headed up by the two Q’s and Dilla, who a few months later were also all over conscious rapper Common’s breakthrough Like for Chocolate. As is natural with albums you like, I’d long heard both in terms of their frontmen—soul hyperbolist D’Angelo, straight-up moralizer Common. Dilla Time alerted me to how deftly and decisively the production undercuts and contextualizes both species of overstatement.

These two albums turned Dilla, who was already getting paid, into an official big deal—tragically, a big deal who’d be dead in six years. Though it was certainly his kidneys that killed him, it’s not as if Dilla gravitated to the lifestyle of the typical hyperintelligent introvert. As soon as he began making decent money he dove into Detroit’s strip-club scene. He liked high-end clothes and expensive cars as much as the next rapper. And though he had real relationships, he fucked around plenty, fathering one barely acknowledged daughter and breaking with the mother of another in a row that didn’t have to be decisive. His mother Maureen, the heroic chief caretaker of his grueling multiyear decline (with significant help financial and otherwise from Common), had her own headstrong issues in profusion, and the debts her son had rolled up were huge—it was 2017 before the Dilla foundation she created had paid off his tax obligations and started paying his heirs instead. But even as the life drained out of him Dilla’s legend was already turning him into a not so secret cult hero, and so there were other sources of income as Dilla tributes and festivals mushroomed everywhere. In one resonant instance, the Smithsonian’s National Museum of African American History and Culture obtained and displayed his Moog and MPC.

But most important, Charnas believes, was how pervasive Dilla’s rhythmic usages became, not because his death focused music’s attention but because their time had come. There are now multiple musicology dissertations devoted to variations on the thesis that the European concept of the rigid note value only began to loosen up as we all know they did with ragtime and its uncountable offshoots. Without doubt some other genius would have brought this thesis to life if Dilla didn’t. But in point of historical fact it was a shy stutterer whose father played bass on his belly who put it out in a world charged with the task of figuring out what comes next. 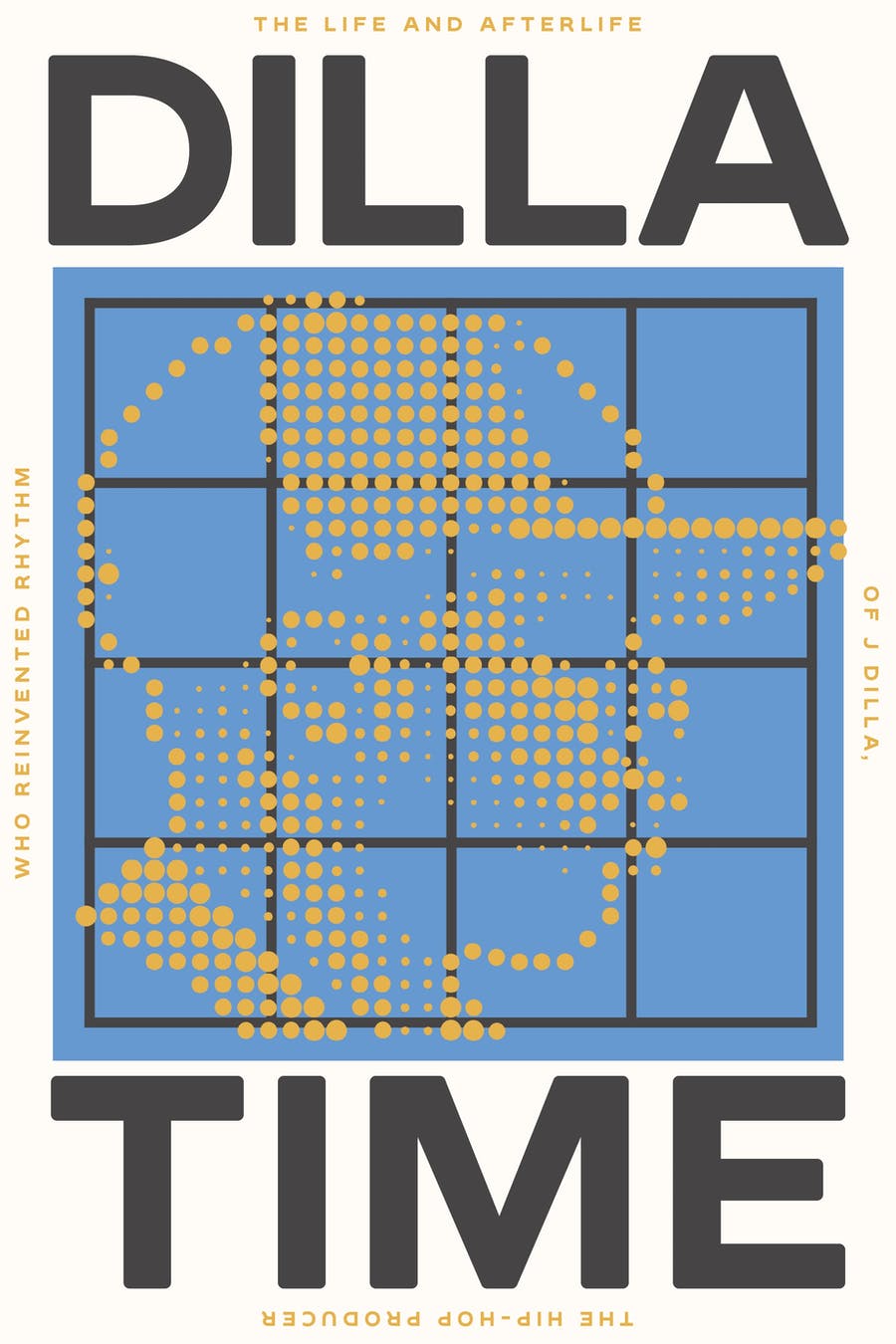