In 2021, India’s superrich got richer significantly faster than their American counterparts thanks to a booming Indian stock market and hot IPO deals, according to the 2022 Hurun Global Rich List, an annual ranking of the world’s billionaires compiled by wealth research firm Hurun India.

The most notable figure on this year’s list is India’s second richest person, Gautam Adani, who saw his fortune swell by 153 percent to $81 billion last year. The gain—in both dollar amount and percentage—was greater than that of the world’s top two richest men, Elon Musk and Jeff Bezos, combined.

Adani, 59, is the founder of Indian energy conglomerate Adani Group, whose businesses span from coal mining to natural gas production to port management. Much of Adani’s wealth gain last year was driven by his company’s stellar stock performance. During 2021, Adani Group shares—traded on the National Stock Exchange of India—soared nearly 250 percent, fueled by its investment in the renewable energy sector. The group’s subsidiary, Adani Green Energy, is the world’s largest solar power developer, according to Indian news site Livemint.

Adani’s wealth accumulation over a longer time span is even more impressive. In the past decade, his net worth increased 18 fold, largely thanks to a series of IPOs of companies owned by Adani Group, according to the Hurun list. Adani was the world’s 12th richest person at the end of 2021 on Hurun’s ranking. He is currently the world’s 11th richest, according to Bloomberg’s real-time Billionaires Index.

In contrast, Musk, who became the world’s richest person in 2020, gained a meager 4 percent in net worth last year, while Bezos’ fortune shrank by 1 percent, per Hurun’s calculation. The majority of Musk’s and Bezos’ wealth is stock ownership in their respective companies: Tesla and Amazon. Both companies’ stocks had a relatively muted year in 2021—Tesla shares were up about 20 percent, while Amazon was up less than 3 percent.

On a grander scale, India’s stock market also consistently outperformed U.S. markets in the past two years. In 2021, India’s leading stock benchmark BSE SENSEX gained 21 percent, while the Dow Jones Industrial Average was up 18 percent. Since the global pandemic low in March 2020, BSE SENSEX has doubled, while Dow is up 77 percent. Both indices include 30 prominent companies listed on their respective exchanges.

In 2021, India also had its first centibillionaire (in US dollars): Mukesh Ambani, owner of industrial conglomerate Reliance Industries. Last year, Ambani’s fortune grew by 24 percent to $103 billion (thanks to Reliance’s strong stock), which made him the richest person in India—also Asia. But that could change soon as Adani’s net worth continues to surge this year. Ambani and Adani are both worth nearly $90 billion now, according to Bloomberg’s ranking.

“Over the last 10 years, Indian billionaires added circa $700 billion to their cumulative wealth—this is equivalent to Switzerland’s GDP and twice the GDP of the UAE!” Anas Rahman Junaid, chief researcher of this year’s Hurun list, said in a statement. 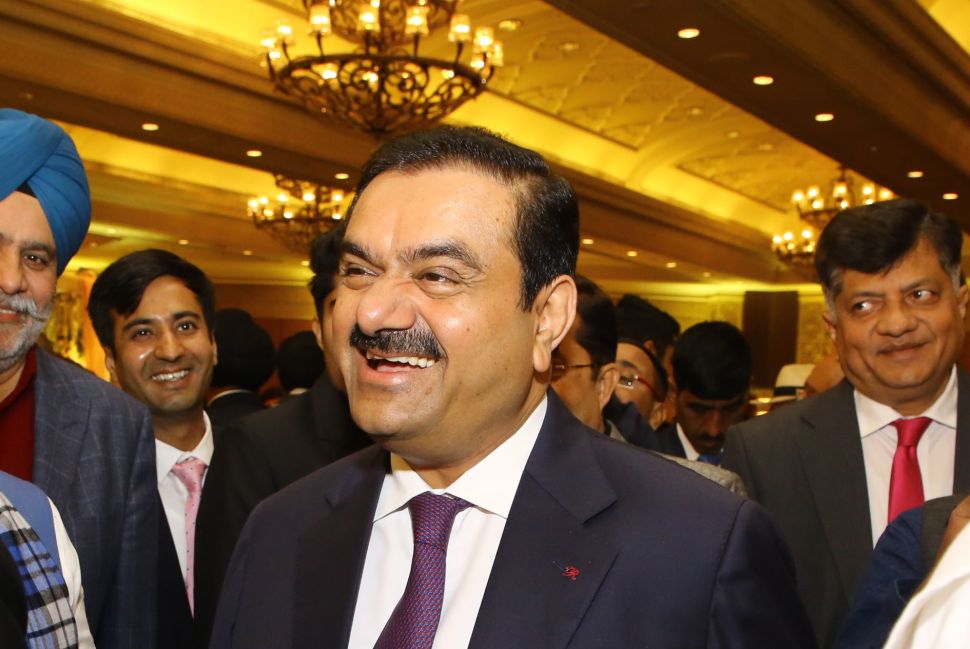