When 27-year-old Jenna Johnson Chmerkovskiy (788K, Instagram) got her start on So You Think You Can Dance in 2013, she was asked to create Instagram and Twitter accounts to promote the show.

“I just remember this funny, silly little app called Instagram,” she said. “They made us get accounts for the show, so we could post about voting. And I was like, this is so silly. Why do we need to do this?”

Nearly 800,000 Instagram followers later, it’s safe to say that Chmerkovskiy has changed her mind. Now a professional dancer on Dancing With The Stars, she most recently partnered with influencer and Dance Moms star JoJo Siwa, making it to the semi-finals of the show as the first same-sex pairing in DWTS’s 30 season history. Chmerkovskiy has been dancing since she was three years old, when her older sisters brought her to their dance classes in Provo, Utah. Before her career dancing on TV,  Chmerkovskiy was a decorated dancer as a five-time U.S. National Latin Champion and a three-time National Contemporary winner.

Working with 18-year-old Siwa, who has a whopping 40.5 million followers on TikTok, exposed Chmerkovskiy to new ways she can use her platform to engage with her followers.

“I felt pressure of like, ‘I don’t want to let people down, I want to do this moment justice,’” Chmerkovskiy said of being part of the first same-sex couple on the show. “But honestly I couldn’t have asked for a better person to go through it with. And I think that JoJo was the perfect person to break the ice and make this a normal thing to have same-sex pairings, all in Dancing With The Stars or any other competition show.”

Since she spoke to the Observer, Chmerkovskiy has been in the news for less uplifting reasons. Her brother-in-law, Maksim Chmerkovskiy, was in Ukraine when Russia invaded, and she posted about her concerns for his safety on Instagram Story.

“Please pray for my brother-in-law who is stuck in Ukraine,” she wrote Feb. 24, according to Us Weekly. “The whole situation is devastating and truly heartbreaking for the country. This is real and this is very scary.”

Maksim, a fellow Dancing with the Stars performer, was able to escape the country and reunited with his family in the US last week.

Maksim and his brother Val, Jenna Chmerkovskiy’s husband, Val, have set up a foundation called Baranova 27, named for their childhood address, to direct humanitarian aid to Ukrainian refugees fleeing the war. You can learn more at instagram.com/baranova27.

Siwa and Chmerkovskiy won over fans with their renditions of dances including the Argentine Tango and the Cha Cha to songs by artists like Lady Gaga and Britney Spears. Behind the scenes, though, Siwa convinced Chmerkovskiy to try out different TikTok trends.

“It’s funny because I feel like she is so much younger than I am, but I learned so much from her and I have to give it to her,” Chmerkovskiy said. “She runs all of her accounts, which was really inspiring for me because, I was like, ‘Oh, I need a social media team to be able to do this, to help me think of content, to be consistent with it.’ And I watched her create and execute and plan all of these different,” social media posts.

As a professional dancer, Chmerkovskiy was initially frustrated seeing TikTok users coming up with viral dances that gained popularity on the platform.

“It was really hard, hard for me when TikTok blew up and these quote-unquote dancers were becoming famous or being viewed as the best dancers out there,” she said. “It was really hard for my ego because they didn’t necessarily put in time into technique and going to the classes and giving up all this time.”

Chmerkovskiy, however, has since gotten more comfortable with TikTok as a platform, partially thanks to Siwa.

“It definitely takes me out of my comfort zone,” she said. “JoJo would really be like, ‘Oh, this is a viral dance. We have to do it.’ And I’d be like, ‘Oh my gosh, I’m gonna look like an idiot doing it, but let’s do it.’”

Chmerkovskiy said her work as a dancer is still how she makes her living, but is able to rely on social media to provide her with an alternate source of income when she isn’t dancing. On Instagram, her content includes a mix of dancing videos, promotion for DWTS, and content related to different brands she is promoting including Women’s Best and Titan Fitness.

“Even on social media, I remain true to being a dancer with my content, whether it’s fitness or health or whatever, it all has to do with my work and what I do as a dancer,” she said. “But it is pretty amazing in my offseason that I know that I can really focus on my social media platform and try as hard as I can to make a good revenue stream for myself in my offseason of Dancing With The Stars.”

Chmerkovskiy is wary of how social media can sometimes serve as a “highlight reel” of people’s best moments, but she makes an effort to stay honest with her followers, part of which involves being intentional about which companies she works with.

“We don’t want people to see us at our worst, but if you can eliminate that mindset and be 100% real, open, vulnerable, I think that you’re going to have a more honest connection with your fan base or your followers,” she said. “So I think that, for me, I’m really, really picky about who I choose to partner with and what I choose to promote, because I really value my audience and their thoughts and opinions and our relationship, even though it is, through this internet universe.” 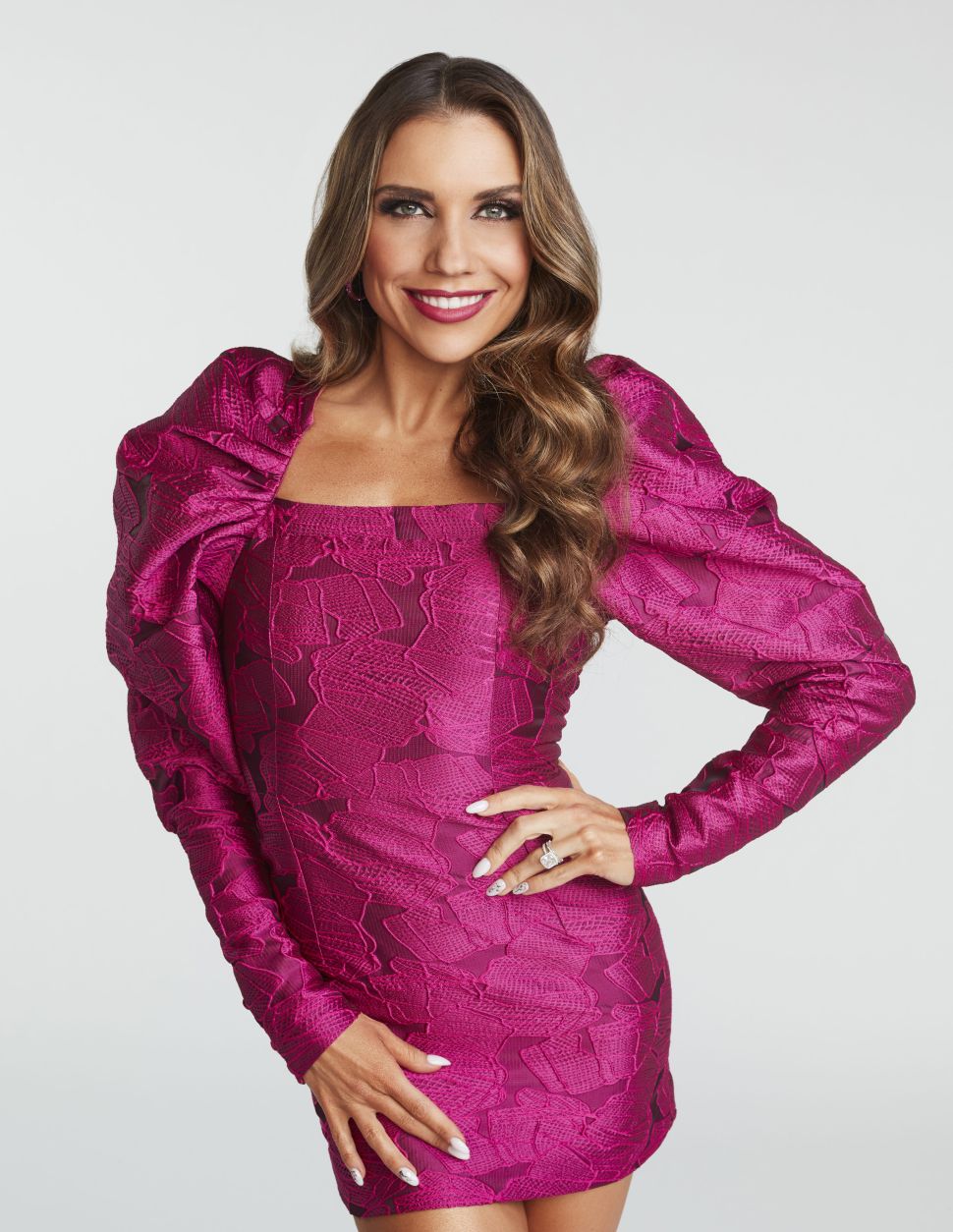