Whether it’s high-end fashion or food, many influencers have a niche. According to 23-year-old Larri Merritt (25.5 M, TikTok), however, his focus is on being himself — or the version of himself we know as Larray

Merritt typically posts satirical, sassy videos poking fun at other influences, his fans and himself. In a recent TikTok, with the caption “psa” Merritt said to his followers: “Get the fuck off of TikTok and go to bed. Stop scrolling. Go to bed. Now.”

“It’s just me being me. You get what you get,” Merritt said. “I’m a very authentic creator.”

Merritt said he got into social media about six years ago because he didn’t have many friends and found solace in watching YouTube videos online. He grew up in Los Angeles’s Compton neighborhood, where he said the area’s Latino influence helped shape his personality. “I honestly had no friends in real life,” Merritt said. ”And I coped with watching YouTubers. And then I met internet friends that also were a fan of YouTubers, and then we all had the dream of becoming YouTubers. Somehow I became a YouTuber and it’s the best thing that’s ever happened to me.”

Since then he has built audiences across platforms including Twitch, YouTube, TikTok, Instagram, and Patreon. The video for his 2020 diss track “Canceled” has over 90 million views, and Merritt said he is pursuing music “on the side.” “Canceled” teased other popular influencers including Bryce Hall, Noah Beck, Jeffree Star, Nikita Dragun, and Thomas Petrou. In January, he appeared on Netflix’s Hype House, a reality show featuring TikTok stars, which he later criticized for promoting false storylines.

Merritt said the production team of the Hype House show approached his managers to ask if he’d be interested in participating. He mentioned that he wasn’t interested in “drama” and didn’t have experience as a reality TV star but they reassured him. After the show came out, Merritt spoke out about the show, particularly its insinuation that he went to a party with COVID.

“I think it had a beautiful storyline,” Merritt said. “ It showcased everyone’s personality very well. I honestly think it was very successful. I just wanted to avoid being in the bad girls club next time and maybe another opportunity will come where I can be on a TV show where I don’t have to fight people or be upset with people.”

Merritt said he wasn’t sure if he’d return to the show if it were to be renewed for a second season.

Being a Black Influencer

Experts and social media users have criticized social media platforms, including TikTok, along with the brands that sponsor creators for lack of diversity and racism. Merritt, who is Black, said that he is privileged in a sense because of his light skin tone: “I don’t think I would be as successful as I am if I was a darker shade,” he said.

Merritt said he tries to help other Black influencers succeed by encouraging them and giving them advice about what kinds of videos are most successful.

“Each trend on TikTok is made from a Black creator and that’s what I kind of stick with,” he said. “I just keep telling them, just keep making trends and never follow them, as difficult as it sounds. It’s just the best way because it kind of creates longevity and it shows people ‘Hey, I can do it. Like it’s the simplest thing ever.’

How Larray Runs His Business

Merritt said he earns money through YouTube AdSense, the site’s program that gives creators a share of ad revenue, as well as different brand deals he takes on. Prada, Shein and Tinder are among the companies that appear in his posts. He said he tries to take on a selective number of brand deals, though, so that he doesn’t inundate his followers with brand content.

He also said that he only chooses to take on brand deals that align with his personality.

“I’ve seen a lot of creators stress themselves out and just take all deals. And then they’re in a position where they just post nothing but brand deals. But for me, I’m very picky, and very, very precise in where my income comes from.”

Merritt initially worked with a management company that wasn’t the right fit for him, but said he was eventually able to find a team at Homemade Projects (recently acquired by 10K Projects) that works well for him.

“It took a lot of learning because I went through a management company that wasn’t the best for me,” he said. “And then eventually when I was just at my lowest, I came across these two lovely managers of mine and they kind of took care of me as father figures and made sure I was good.”

The Importance of Background and Identity

Merritt offers a piece of advice for those who rise to TikTok fame: Remember where you came from. He said he has encountered many people who let fame get to their heads, and he thinks it’s important to acknowledge one’s background. 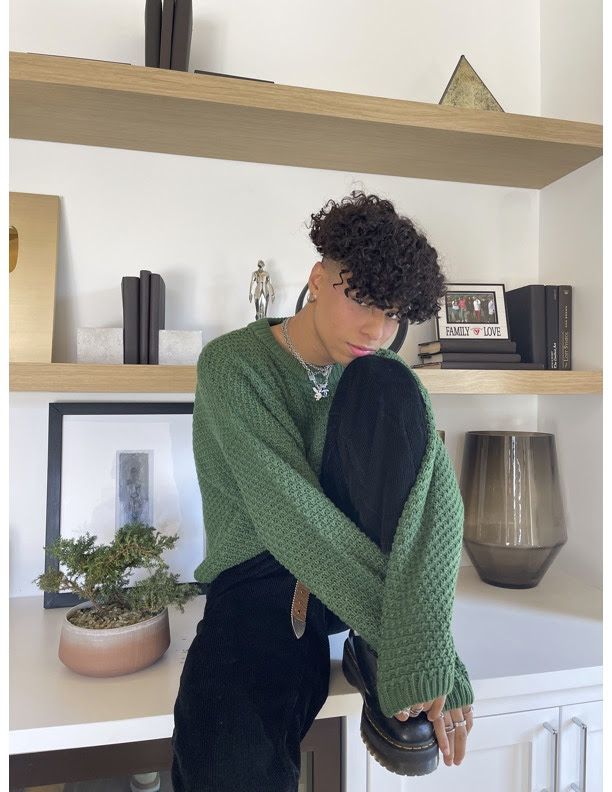