Music Workers Alliance (MWA), a labor empowerment organization for independent musicians, DJs, and sound engineers, has launched a campaign for streaming justice. They are lobbying congress to change a law that has allowed companies like Google and YouTube to make billions off mass copyright infringement; and which enables streaming services like Spotify to pay musicians starvation wages.

At the launch, MWA members spoke out about copyright infringement in their industry. They described how an album, once released, appears on YouTube where it can be listened to for free. “Even if your music isn’t specifically on YouTube, it affects how much consumers will pay for all music everywhere,” Brock said to the attendees at the rally. Because of sites like YouTube, where all music can be accessed for free, streaming services like Spotify can get away with paying musicians a starvation average wage of $0.0038 per stream. A musician must have their song streamed almost half a million times a month to make minimum wage. Far from making a profit, musicians often end up in debt after making an album. This kind of mass wage theft is taken for granted in the music industry, where musicians are now expected to make most of their money from touring. According to the tech industry, music, like information, wants to be free. This is an ideology that has made billions for tech while reducing content creators to technological serfdom.

Marc Ribot, a guitarist who has collaborated with Tom Waits and Elvis Costello, spoke at the MWA campaign launch about the dramatic shift in the recording industry in the last 20 years.

“Post Napster, I saw my income from recording go down precipitously,” Ribot said at the rally. “When my income was dropping, I started to hear the beginning of what would become an avalanche of jive.” He said he was told that music wanted to be free and that musicians had to give it away if they wanted to be part of the new normal. New technology and regulations were coming any minute, he was told, to shore up his falling income. But those regulations never came. “For 20 years we waited for the tech companies to agree on standard technical measures to stop the looting of our industry,” said Ribot. “Well, time’s up.”

Without the ability to tour during the pandemic, musicians experienced mass unemployment. Where workers in other industries were able to continue making income online, musicians weren’t. They were unable to sell a product that could be gotten for free on YouTube.

For MWA, the solution is to go back to the source of the mass copyright infringement: the laws that were passed by Congress in the infant days of the Internet. In 1998, the Senate passed the Digital Millennium Copyright Act (DMCA), which, among other things, exempts Internet service providers like Verizon and Spectrum from liability when illegal activities occur on their physical infrastructure. These companies are given a “safe harbor” from legal responsibility when copyrighted material is shared. Section 512 of the DMCA prevents copyright owners from suing Internet providers like Verizon for copyright infringement. In 1998, infringement was still small scale: it meant people ripping CDs and sharing them with each other. This was before Napster, AudioGalaxy, or YouTube made mass copyright infringement part of the lifeblood of Internet commerce.

Following the passage of the DMCA, the tech industry and copyright holders were meant to come together to create standard technical measures to ensure that copyright infringement was kept to a minimum. Once agreed to, Internet providers were meant to implement those measures or else lose their safe harbor status. However, big tech never came to the table.

“Unfortunately, in the law it was left voluntary, so they didn’t have to,” Phillip Golub, pianist and MWA Steering Committee member, told Observer. “The tech industry stonewalled the process for over two decades.”

The technical measures to prevent mass infringement still do not exist. The situation is worse now than it was in the late 20th century, because now not just internet providers but platforms, like YouTube, are granted safe harbor status. “It’s still the wild west and it’s up to individual companies to enforce copyright, or not, and they can’t be forced to,” Golub told Observer.

Speaking at the MWA rally, Congressman Jamie Raskin said, “Groceries should be free and rent should be free and transportation should be free—but if it’s not, musicians can’t be cheated out of their labor by having other people enjoy the benefits of their hard work and their creation without paying them something.”

MWA, together with a broad coalition of organizations of creative workers, including the Authors Guild and The Society of Composers and Lyricists, have launched a grassroots campaign to level the playing field for content creators by lobbying Congress to regulate their industry better. They want to give the Federal Copyright Office the regulatory authority to do rulemaking on standard technical measures. This change would legally mandate the tech industry to come to the table to implement measures that would prevent mass copyright infringement: a process that Congress started but couldn’t finish in the late nineties. MWA also wants indie musicians to be a big part of that process when it happens.

Members of Congress have been working on reimplementing Section 512 of the DMCA for years. However, hopefully, a groundswell movement of organizations like MWA can bring enough attention to the problem to change the law. The tech industry is unlikely to roll over on this issue all by themselves, but pressured by government and the copyholders who are being thieved from en masse, there might just be enough movement to help content creators get their livelihoods back. 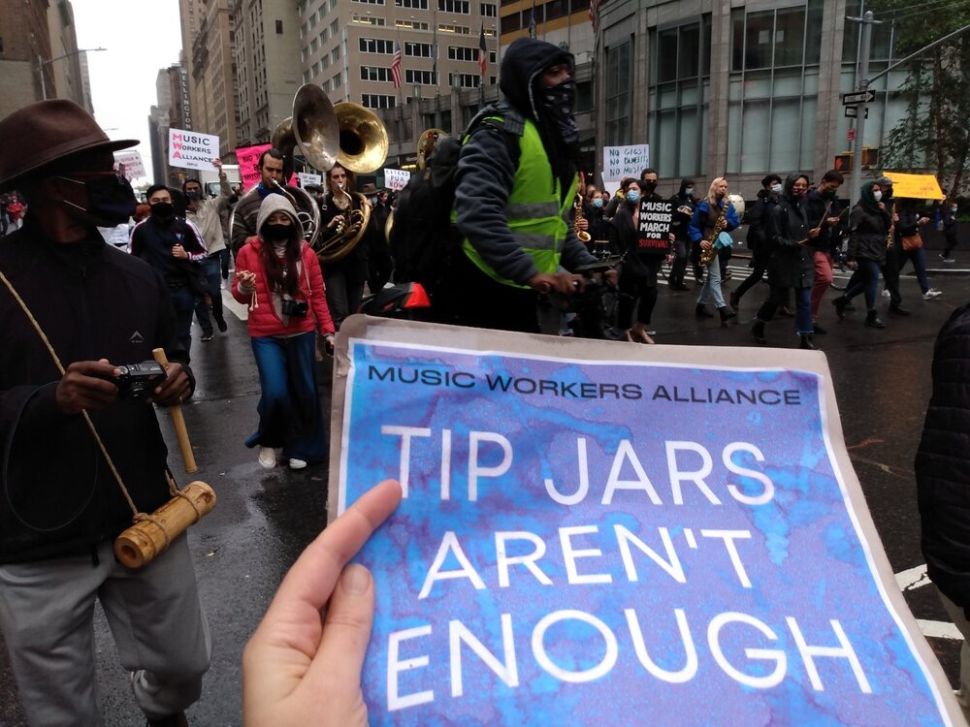