From investing his first paychecks in Bitcoin to making his debut on TikTok Monday, New York City Mayor Eric Adams is desperately trying to connect with young people. But instead of stirring up excitement among Gen Zers, Adams has become a meme himself.

Adams is a notoriously uncertain figure. He’s a vegan who eats fish, claims to champion the working class while taking luxury vacations, and had a homeless accountant. During the mayoral race, stories emerged questioning where he lived. In September, his Republican opponent Curtis Sliwa, stood outside one of his properties with a sign: “WHERE IS Adams HIDING?” Adams also made efforts to appeal to young voters during the mayoral race, highlighting his activism against police brutality, but also claimed that the defund the police movement was led by “young white affluent people.”

The mayor’s efforts to appeal to Gen Zers appears as another confusing string in the web of Adam’s murky political strategy, one he’s pursuing without much encouragement from young people. His TikTok presence underscores just that.

Adam’s first TikTok features shots of City Hall and the Mayor’s Nutribullet blender, mixing a smoothie to the tune of Beyoncé’s “Crazy in Love.” At the end of the video, viewers see a clip of Adams drinking his smoothie: “Bing bong New York City. Let’s get stuff done,” he said, playing on a TikTok trend. If that wasn’t enough chaos for one TikTok, Adams only has 659 followers and the comments on his video are flooded with users begging him to reverse the city’s covid regulations to let unvaccinated Brooklyn Nets Player Kyrie Irving play.

“Free Kyrie, or at least make the subways safe. Eric you’re a bum and a cancer to the city,” one comment said.

“I like how he has time for TikTok but not the safety of New York City!” another comment said. 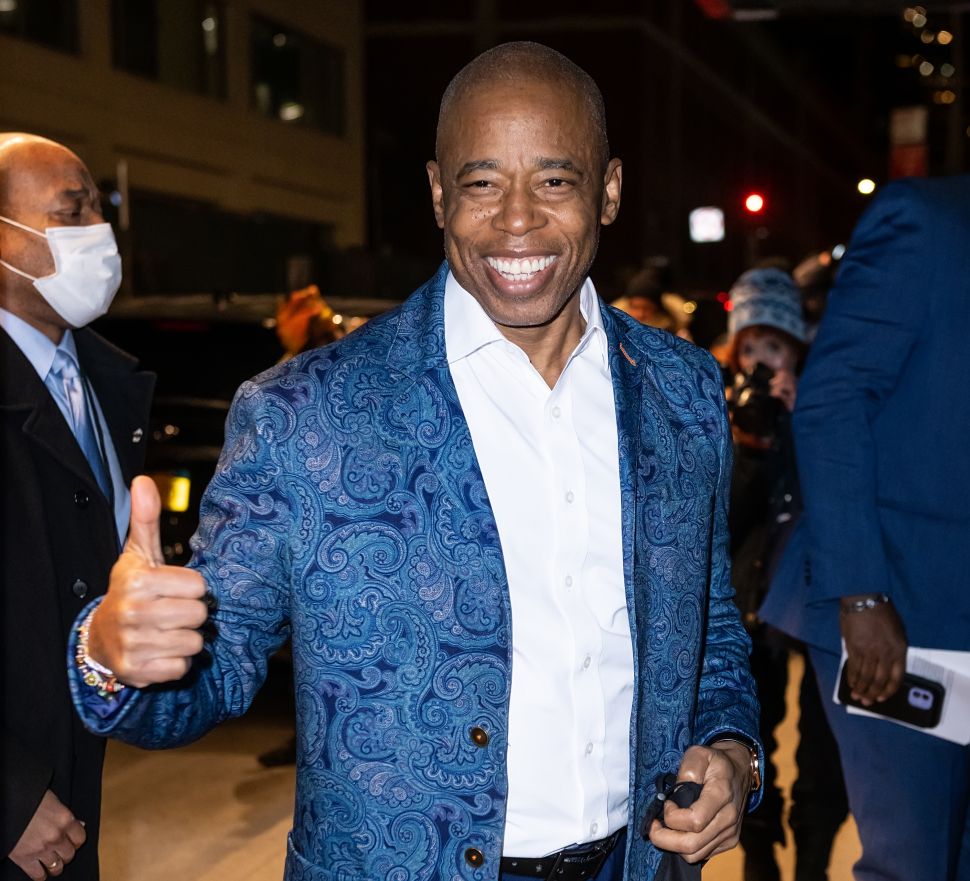