We’ve arrived at the midpoint of this season of Star Trek: Picard, and at last it seems as if all the pieces are on the board. While there may be a whole lot of plot going on, the story is moving at a lively pace and has given each member of the ensemble ample time in the spotlight (save poor Evan Evagora). “Fly Me to the Moon” adds even more characters to the cast, offers some timely answers to the questions that have been mounting for the past few weeks, and ties into multiple pieces of deep Star Trek lore.

First, we get to know Tallinn (Orla Brady), the “Supervisor” who’s been assigned to keep an eye on one particular person crucial to the timeline: astronaut Renee Picard (Penelope Mitchell), a distant cousin to our own Jean-Luc. The Supervisors are a concept introduced in the 1968 Star Trek episode “Assignment: Earth,” in which a man calling himself Gary Seven is tasked with averting nuclear war in the 20th century. Tallinn’s job is simpler, but her instructions are more vague. She’s to watch over Renee Picard, but she hasn’t been told why Renee is important to the history of the galaxy. So when Renee considers quitting NASA’s mission to Europa just days before launch, Tallinn sees no reason to interfere. Jean-Luc, however, knows that Renee’s flight is a key moment in his timeline, and discovers that Q has been posing as a mission psychologist and deliberately stoking her anxiety and depression.

Tallinn herself remains mysterious. She may be nearly identical to Picard’s companion Laris, but she’s never heard the name before and implies that she’s not a time traveler. Tallinn has been recruited by a higher intelligence, but we don’t know where she’s from. Gary Seven was a human being from the 20th century, though descended from a group of humans who were transported to another world around 6000 BC and guided by the aliens who command the Supervisors. Tallinn may also be native to the time that she surveys, but from a similar world of offshoot humans or Romulans. Tallinn and Laris might turn out to be the same person, though there’s also the possibility that she’s some implausibly identical ancestor.

Speaking of which, Brent Spiner returns this week to portray yet another member of the Soong family, the geneticist Dr. Adam Soong. This marks the fourth of Data’s relatives to wear Spiner’s familiar face over the course of the franchise (sixth if you count other androids). Isa Briones gets in on the fun, too, as Adam’s daughter Kore. (This is her first human Soong, but her fourth distinct character on Picard after portraying androids Soji, Dahj, and Sutra.) Adam is desperately pursuing a cure for a strange genetic ailment which forces Kore to live inside a hermetically sealed environment. He’s lost his license and funding, but receives an offer of help from a mysterious source: Q. (The number on Q’s 3D-printed business card is real, by the way. Call 323-634-5667 for a chuckle.) Q offers Adam a sample of a wonder drug that temporarily stabilizes Kore’s condition, and promises him a permanent cure in exchange for a little help dealing with Renee Picard.

The path of Adam Soong is a further extrapolation backwards from Brent Spiner’s 2004 appearance on Star Trek: Enterprise. There, he portrayed Dr. Arik Soong, a geneticist who unthaws and raises a brood of augmented humans from the Eugenics Wars, the same conflict that produced legendary villain Khan Noonien Singh. “Fly Me to the Moon” suggests that Arik’s ancestor, Adam, may have had a hand in the Eugenics Wars himself. He’s been performing genetic experiments with private military companies, and based on his hesitation when Kore asks a question about her mother, even Kore herself may be an early, incomplete draft of an Augment. Picard co-showrunner Terry Matalas has already implied that Khan’s reign, which was originally said to have ended in 1996, might be moved on the Star Trek timeline to account for the fact that the real 1990s have come and gone without a genetic Superman in sight; are we seeing the setup for it right now?

In addition to an interesting wrinkle in this season of Picard, we may also be witnessing the early warning signs of Star Trek brand synergy. Picard Season 2 will be immediately followed by the premiere of the new spin-off Strange New Worlds, where Christina Chong will play a character named La’an Noonien-Singh. There’s also a miniseries about the life of Khan that’s been in development hell at Paramount for the past few years. Alex Kurtzman and company might be deliberately building these stories towards each other, Marvel-style. Or, they might just be working too hard to explain why Data’s creator’s name, Noonian Soong, is so similar to Khan’s. (Reportedly, Gene Roddenberry simply named them both after a pilot he met in World War II.)

The drawback of getting three new recurring characters to explore this week is that a few of the regulars have to take a backseat. Raffi and Seven’s rescue of Rios and the rest of the ICE detainees on his bus is brief and unremarkable, save for a reminder that Raffi is still struggling with grief over Elnor’s death. When she briefly mistakes one of the detainees for Elnor, it’s an effective mislead. After all, everyone else in the main cast has ended up with a counterpart to play in the 21st century, so it seems momentarily plausible that Evan Evagora might still have some role to play. Those of us who miss Elnor have our hopes raised and crushed along with Raffi’s.

Meanwhile, the war between Dr. Agnes Jurati (Alison Pill) and the Borg Queen (Annie Wersching) takes a pivotal turn. The Queen lures a cop to La Sirena and Jurati is forced to blast the Queen with a shotgun to keep her from assimilating him. Unbeknownst to the rest of the crew (or the audience, until the final moments of the episode), this is merely a ploy to draw Agnes close enough that the Queen is able to inject her with some more nanoprobes and transfer her consciousness into her body. Now, Agnes and the Queen are a collective of two, seemingly cohabitating in one brain. Whether the Queen is steering or Agnes still has one hand on the wheel remains to be seen. The Queen has been attempting to seduce Agnes with the promise of true companionship, but that may merely be how the Queen sees assimilation, the opportunity for another lonely being to be graced with her “perfection” and guided by her will.

The final third of “Fly Me to the Moon” feels like more of a taste of what’s up next, as the gang gears up to infiltrate the Europa Mission’s send-off gala, Mission: Impossible style. (Composer Jeff Russo seizes on the opportunity to rearrange the Picard theme into the jazzy idiom of Paramount’s other crown jewel franchise.) The aim is for Agnes to sneak in and get herself caught so that she can hack the site’s security and let the rest of the crew inside to keep an eye on Renee Picard. I, for one, am a sucker for a spy-fi gimmick, especially when it involves putting our cast in fancy evening attire. But more than just setting the stage for an exciting next chapter, “Fly Me to the Moon” feels like the fulcrum of this season’s arc, the point when the story becomes less about gathering clues and more about acting on them. We’ve had two episodes of prologue, another three of what feels like Act One, and now we’re in the meat of the season, poised to dig in. 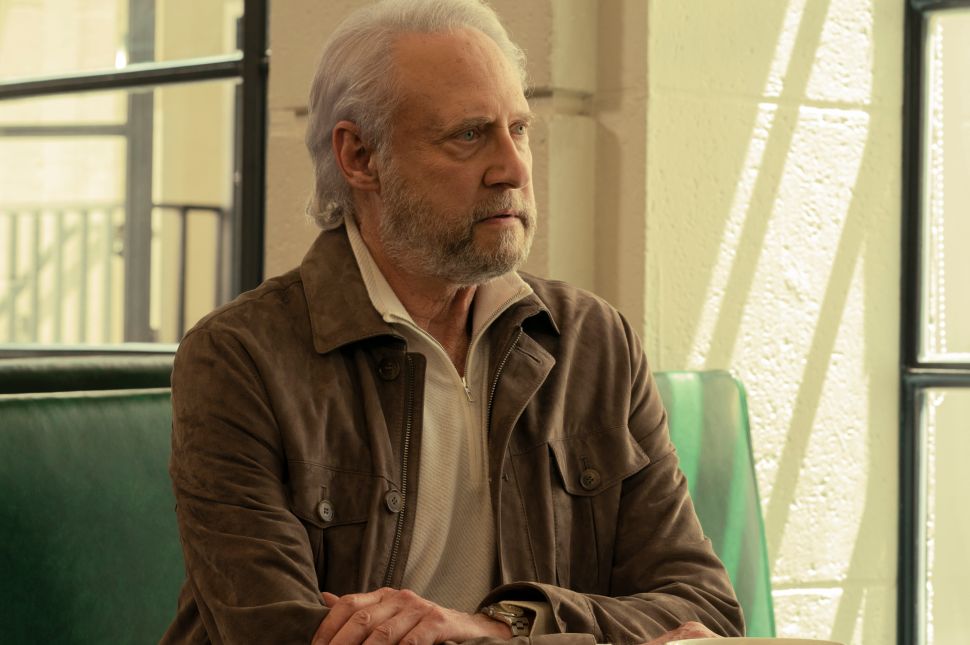