MoMA remained closed Sunday, March 13 as NYPD officials announced they are looking for Gary Cabana, a 60-year-old male former member of the Museum of Modern Art who they identified as the man who jumped over the reception desk at about 4:15 pm and stabbed two employees who had denied him access to see a film. Police said the man’s membership had been revoked Friday for repeat disturbances. In surveillance video released by the NYPD, a deranged man is seen jumping over the reception desk and slamming into a wall before he stabs one worker while others to try hide under the desk in an attempt to avoid the swings of his knife. Video of the incident can be seen here. (WARNING: Violent content.)

The victims were both 24-years-old, and were taken to Bellevue hospital and are expected to recover, according to NYPD spokesperson John Miller. One worker was stabbed near the collarbone and the other in the lower back and back of the neck. According to the New York Post, one blood-covered woman joked “I’m going to get hazard pay!” as she was led into an ambulance. 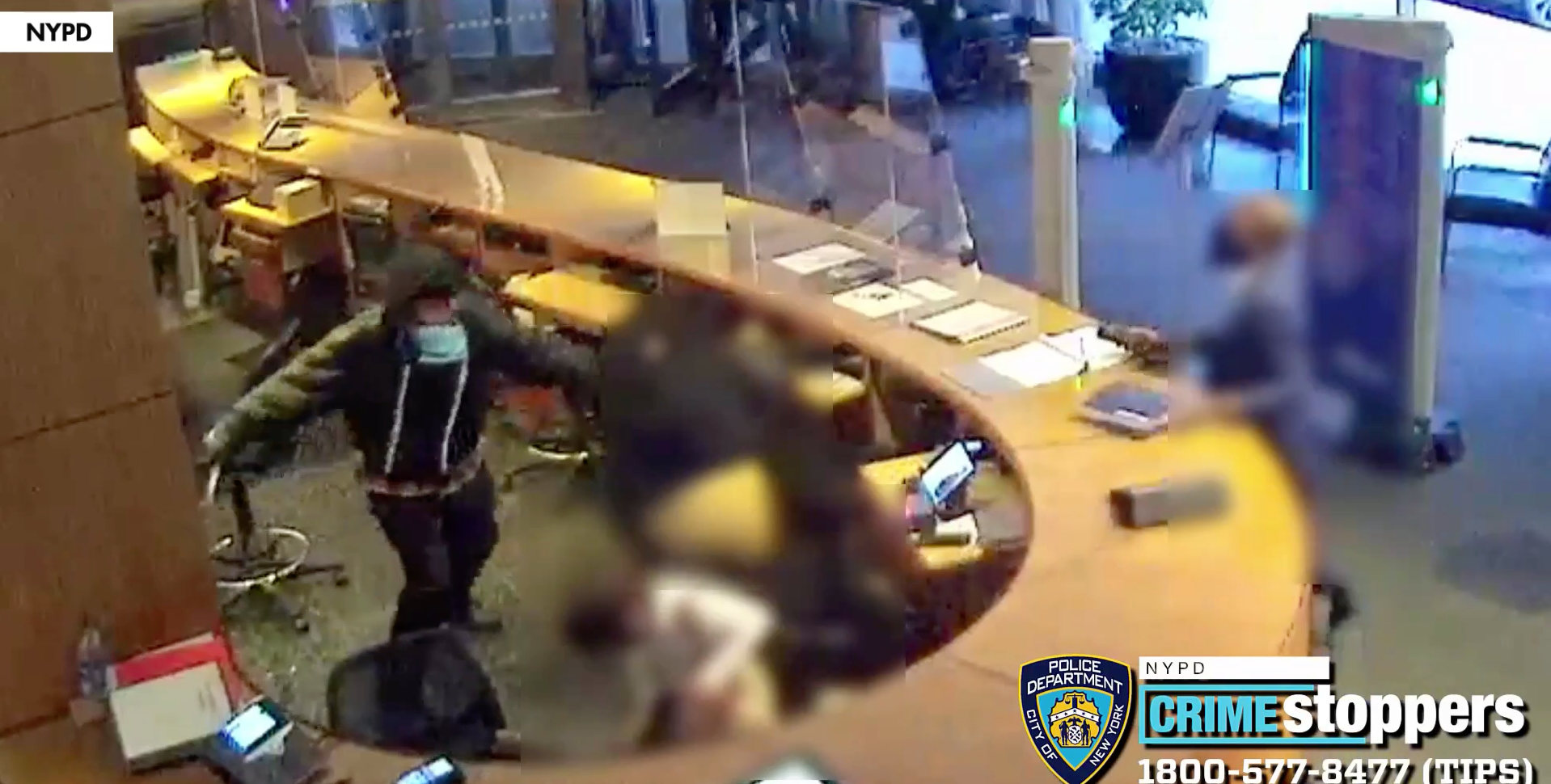 The suspect has two disorderly conduct incidents on two other dates and was seeing fleeing the museum but was not apprehended, said police. “This appears to be an isolated, criminal incident,” said Fabien Levy, press secretary to New York Mayor Eric Adams. Adams also addressed the incident in a series of tweets, encouraging anyone with information to come forward.

I’ve been briefed on the incident at the @MuseumModernArt. We can report that the two victims are being taken care of at Bellevue Hospital and are expected to survive their injuries. We’re grateful for the quick work of our first responders.

The NYPD is still seeking the suspect and asks anyone with information to contact @NYPDTips on Twitter or 800-577-TIPS.

Went to meet friends at @MuseumModernArt. Greeted with a stampede of people fleeing. Museum being evacuated. pic.twitter.com/vronWvY2Ky

This article has been updated to include the name of the suspect and additional details released by police officials.