The US and the EU are on a hunt for superyachts owned by Russian oligarchs as Western nations move to enforce sweeping economic sanctions against Russian President Vladimir Putin and his inner-circle cronies following their country’s invasion of Ukraine.

So far, at least two Russian-owned yachts have been seized by authorities in Europe. Satellite images and maritime activity tracking sites show that multiple ships targeted by the West are on the move to find a safe harbor, while the vessel reportedly owned by Putin himself is anchored near a Russian nuclear weapon operation.

Luxury yachts are a favorite status symbol for the mega-rich. The kind of superyachts Western governments are pursuing cost an average $275 million, according to Forbes, making them an attractive target for asset seizure, part of the system of sanctions. The US government can legally seize personal assets under the Civil Asset Forfeiture Reform Act if it can prove the assets are connected to crime— in this case, the war in Ukraine. After seizure, the yachts could be confiscated as government property and later sold.

French authorities said they seized a yacht owned by Igor Sechin, a close Putin ally sanctioned by the U.S. and the EU, on Wednesday at a shipyard in southern France. Sechin is the CEO of Russia’s state-owned oil company Rosneft, one of the world’s largest crude oil producers. He is described in the EU sanction document as one of Putin’s “most trusted and closest advisors” and “a personal friend.”

Sechin’s 280-foot-long pleasure vessel, the Amore Velo, had been stationed at the La Ciotat shipyards in France’s Cote d’Azur region for repairs since January. French authorities seized the yacht right before it was preparing to cast off in breach of EU sanctions, Bruno Le Maire, France’s Finance Minister, said in a statement on Thursday.

Also on Wednesday, German authorities seized an even bigger yacht that belongs to Russian billionaire Alisher Usmanov in a shipyard in Hamburg. The 500-foot-long vessel, named Dilbar, is said to be worth nearly $600 million, according to Forbes, which first reported the seizure. Usmanov has been sanctioned by both the U.S. and EU.

At least five yachts linked to Russian oligarchs are cruising toward the Maldives, an Indian Ocean island nation that doesn’t have an extradition treaty with the U.S., Reuters reported Thursday, citing data from MarineTraffic, a paid ship-tracking site.

Currently anchored off the coast of the Maldives’ capital city Male is a vessel owned by Russian billionaire Oleg Deripaska, who has been sanctioned by the U.S. since 2018 over accusations that he was laundering money for Putin.

A superyacht owned by Alexei Mordashov, Russia’s second richest person who has been sanctioned by the EU, has recently been near the Maldives, Bloomberg reported.

The U.S. and the EU have added dozens of Russian individuals to their blacklists through multiple rounds of sanctions since the war started. Yacht owners who are not sanctioned yet are also moving around their boats fearing that they could be the next on the list.

That include Russia’s richest man, Vladimir Potanin, and steel billionaire Alexander Abramov, whose yachts were among the five seen in the Maldives on Wednesday, per Reuters.

Graceful, 270-foot-long yacht that belongs to Putin, the ultimate target of Western sanctions, has been moved to a safe port in Kaliningrad, near Russia’s nuclear weapons operations, according to satellite images captured by Maxar Technologies, a Colorado-based Earth imaging firm. Graceful can host 26 people and features a 15-meter-long indoor pool, which can be converted in to a dance floor, according to SuperyachtFan. The yacht had been stationed in Hamburg, Germany since October 2021 for repairs and left Germany two weeks before the invasion of Ukraine, according to MarineTraffic data reported by CBS News.

On Wednesday, the U.S. Justice Department launched a task force to seize the personal assets of about a dozen Russian individuals who have been sanctioned by the U.S. “We are coming for your ill-begotten gains,” President Biden said in his State of Union on Tuesday. 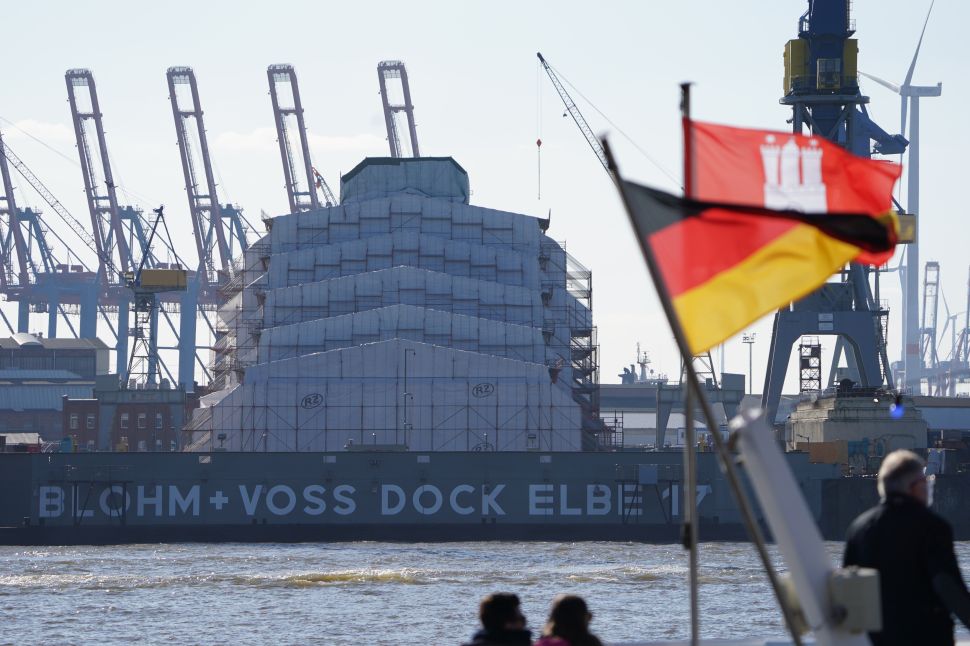