MOSCOW, RUSSIA – MARCH 02: âA photo shows a warning sign on the website of Apple in Moscow, Russia on March 02, 2022. Apple announced it has stopped selling all of its products in Russia. (Photo by Sefa Karacan/Anadolu Agency via Getty Images)jledbetter
By Scott Malcomson • 03/03/22 7:34am

Russia’s invasion of Ukraine has brought the fragmentation of the world-wide web—which I described in my 2016 book Splinternet—back to public consideration, from South Africa to global media (here and here). It’s oddly fitting, because If I had to pick one moment when the splinternet began, it would be when current-Russian-resident Edward Snowden’s stolen information began to reach the public in June 2013. In a general sense, Snowden’s revelations were not surprising, in that one had known that Silicon Valley and U.S. security agencies had always had close if discreet relations. That had been true since the Second World War and hadn’t got less true with the birth of the Internet and its general use after 1995. Valley companies felt they needed government protection, even in the think-different days. Google, Microsoft and many other tech majors (and some minors) had been hacked around 2009 by what looked very much like Chinese security services — among other things, they sought company records of surveillance requests within the U.S., presumably to see which Chinese assets were being watched. Google chose to go public, up to a point, about the hack, and its search engine was soon out of the Chinese market. The year Google was hacked was also the year when Google signed up for Prism, a U.S. National Security Agency surveillance project covered in Snowden’s earliest leaks. So Valley cooperation with U.S. intelligence agencies was not a novelty in June 2013. What Snowden’s leaks did was blow up the illusion that the Internet was a free and borderless space ruled by private companies who loved freedom both because freedom was good and because a borderless Internet meant a market as big as the whole world. Patriotism, after all, did not scale. State power had never really gone away. Since Microsoft signed up to Prism in 2007, you could argue that the splinternet has been growing for 15 years now. But Snowden certainly sped it up.

Russia really is America’s Doppelgänger in so many ways. It sometimes seems as though the chief preoccupation of Russian power is to mock American post-Cold War pretensions, regardless of what gets killed or destroyed in the process. Consider Sergei Lavrov, Russia’s foreign minister, who in ten years as Russian representative to the United Nations got to know the U.S. very well. I remember being in a meeting with him years ago when he patiently explained that Russian actions to kindle the hopes of separatists in Georgia were a type of “humanitarian intervention” inspired by the “responsibility to protect,” and if the West wanted to do that kind of thing in, say, Libya, why should not Russia do it in neighboring Georgia, to help the good people of Abkhazia and South Ossetia claim their rights? This sort of straight-faced lobbing of false equivalence, this queasily satirical jabbing, is what Doppelgängers do. It hurts because it’s too close. Russian online disinformation is frightening because it is too perceptive about the enemy, at least when the enemy is the U.S. Russian trolls got far into the American head in order to generate their brilliant race-baiting campaigns during the 2016 U.S. presidential race. China’s government disliked the freedoms made possible for its own citizens by the Internet, and built the Great Firewall. Some powerful Russians disliked the Internet for that reason, and eventually built their own walls, but they had another reason: the Internet was a platform for American self-satisfaction. It was the source and means for American colonization of the future. It could not be beaten from without but it could, perhaps, be undermined from within, through nurturing existing fears, encouraging distrust and doubt: asymmetric psychological cyber warfare. China came to steal; Russia came to parody.

But peculiarities of great-power political cultures aside, the fragmentation of the Internet has been well advanced for some years, with the cooperation of many states. Submarine fiber-optic cable, through which most Internet traffic flows, and which had for years been humming innocently on the ocean floors, became politicized, initially through a focus on Huawei Marine, a joint venture of the sanctioned Chinese telecommunications company and a British partner. Satellite systems necessary for geolocation of mobile devices, the main portal for most of the world’s Internet users, are increasingly divided among major powers: Russia, China, India, the EU, and the U.S. all have their own systems, a rather massive duplication of effort in the supposed global commons. Privacy and other content restrictions online — the European Union is the leader here — are enforced by states, which means states control content. Regulations in the U.S. and many other states that require online platforms to take responsibility for certain types of online content, through the same enforcement mechanism, amount to another form of state content-control. Very few states have been against that, certainly not those, which are the great majority, that don’t have many choices about which platforms their citizens use.

Content restrictions, along data-sovereignty lines, are of course different from the fragmentation of hard infrastructure like cables or satellites. They have interesting distorting effects on markets. Regulations create costs and for that reason are often thought to protect incumbents: a new competitor would not only have to make a better product, it would have to have the resources to comply with regulations before it could even begin to compete. Regulatory costs give existing companies a way to defend their market share based less on value-creation than on having a robust legal budget.

Beyond that, data-sovereignty content restrictions mean that states and tech companies become information partners. Tech platforms and related enterprises (like data centers) have to cultivate the good will of the current governments of whatever states they want to be active in. To take an extreme example, foreign tech companies in India have to be on the good side of Narendra Modi if they want to operate in India, the most important single tech market in the world after China, the U.S., and the EU. When China displeased India, the Modi government simply moved to expel its tech companies. But on that day when a new government replaces that of Modi, tech companies could find a whole new set of variables. Of course, there are great advantages in having companies submit to the control of democratically elected governments. There is also something to be said for states acting to protect their own tech sectors from foreign competition so they can grow, which is what India is hoping will happen. The problem is that not all governments are democratic and those that are can change radically in direction and tenor, as the U.S. recently demonstrated. The effect on the tech sector is one of ever greater sensitivity to politics, of whatever kind, and subordination to the state.

Perhaps the final stage of this absorption of Internet technology into the state structures that preceded its invention is the creation of tech alliances or spheres of influence. The principal vector for this process has been U.S.-China competition, because China is the only state that is trying to create an entire tech ecosystem that is as national and nationalistic as it can be, an effort that has called into being a parallel effort by the U.S. to do the same thing, securing supply chains and otherwise “decoupling.” Countries with vibrant tech sectors, and there are many — Indonesia, Malaysia, Singapore, Australia, India, Israel, South Africa, Nigeria, Britain, Holland, Germany, France, Sweden, Norway, Finland, Romania, Brazil, Chile, South Korea, Japan, and more coming up behind — form a vast contested ground of non-alignment. (Even core American allies like Britain and Japan have balked at some U.S. cyber initiatives.) Unfortunately, a digital Non-Aligned Movement seems highly unlikely. UN-type processes for a global digital commons appear to be permanently stalled. The biggest markets — India, the EU, the U.S., and China — each want their own rules and their own privileges, including the privilege of creating something akin to a digital sphere of influence. Emerging tech alliances might look unfamiliar. The Quad (U.S., Japan, India, Australia) is indeed a strange beast. Yet the cross-border pattern of influence and alliance is taking shape.

As in: Russia. It is not a major market, and maybe partly for that reason major global tech players like Apple and Google have been willing to cut it off, a flex move that should convince any doubters that tech sovereignty can be given and taken away. Under the current government, at least, Russia will not be welcome in any tech alliance except China’s, which it is partly in already. To have one of the great science cultures of the 20th century on the sidelines of the 21st is a tragedy. How strange that a native Muscovite (Sergey Brin) would co-found an American company (Google) that is now keeping Moscow’s state media away from the Internet.

Perhaps the metaverse will make this all better? The metaverse will be a virtual machine world where people can interact through online identities. But then, so was cyberspace. A few decades ago, people could interact virtually across political borders, free of state interference, using assumed identities. What undid that free world were money-making (which required identities to have bank accounts, and therefore become terrestrial inhabitants of state tax regimes) and security (which required platforms to meet some state-enforced standards on, say, drug sales). The old, free world wasn’t a business proposition. The metaverse is definitely a business proposition even before it exists. In theory, it could exist in a blockchain money-world independent of states, and thereby be both a business proposition and free of state interference. But every time since the early 1970s that an attempt has been made to create a thriving machine world freed from the flesh-and-blood one, it has failed. Free communication gets monetized, and the state returns to the scene. Eventually, the cat catches the mouse. As Edward Snowden watches his protectors shoot and kill their neighbors, the splinternet gets stronger. It’s the opposite of what he said he wanted, but there it is. 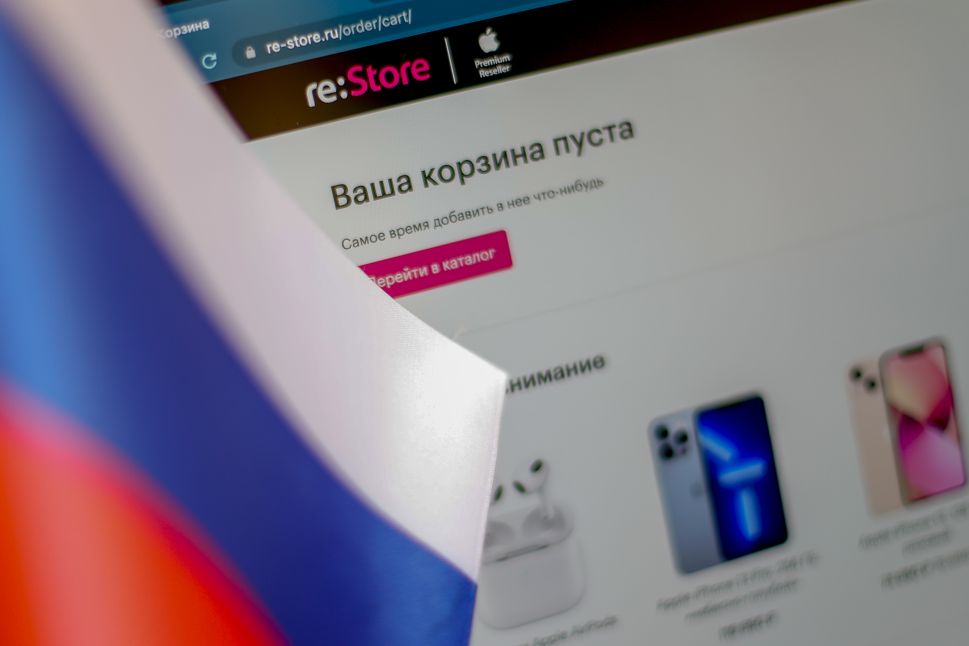