Since Russia invaded Ukraine on Feb. 24, the U.S. and its allies have levied staggering sanctions against Russia, targeting its largest banks, key exports and wealthiest individuals, including President Vladimir Putin. The scale and speed of these economic penalties are unprecedented in modern history. However, now nearly four weeks into the war, they seem to have done little to deter Putin’s aggression in Ukraine.

Have sanctions ever worked?

The historical record of sanctions is mixed. Depending on how you define effectiveness, sanctions work only between 20 percent and 40 percent of the time.

In economic terms, the damage inflicted on a country by sanctions is less than 5 percent of its GDP in the majority of sanction cases over the past century, according to a study published this week by the Peterson Institute for International Economics, a nonpartisan think tank based in Washington D.C.

The most recent example involving Russia are the 2014 sanctions imposed by the U.S. and its European allies in response to Russia’s annexation of Crimea. Those sanctions, coupled with other factors such as the collapse of oil prices in 2014, reversed the growing trajectory of Russia’s economy and contributed to a 3 percent GDP contraction in 2015, according to the World Bank. Although the Russian economy recovered somewhat after 2016, poverty and income inequality worsened, to a degree that a third of the country’s population couldn’t afford to buy a second pair of shoes, according a 2019 official survey.

The political measure of sanctions, however, is far more complicated. The Peterson’s study breaks the effectiveness of sanctions into four stages, from deterrence by threatened sanctions alone to changing the behavior of a target country after it suffers severe damages from actual sanctions.

In the current crisis, the fourth stage—and the ultimate goal of Western nations—would be Russia removing troops from Ukraine and withdrawing recognition of the two new breakaway regions in eastern Ukraine, a scenario increasingly unlikely as Russia intensifies bombardment across Ukraine.

Study have shown that sanctions only have a 30 percent chance of stopping a country’s military course or changing its political regime, and success stories often don’t apply to powerful, autocratic states like Russia, said Gary Hufbauer, a sanctions experts at the Peterson Institute and a former U.S. Treasury official. One of the few times in history sanctions stopped a military invasion was during the Suez Crisis of 1956, when the U.S. embargoed oil imports to the U.K., France and Israel to stop the three nations from invading Egypt over the ownership of the Suez Canal.

“What you have in Russia is an autocratic leader with deeply held goals. Putin wants to build back a czarist empire. In that case, it’s hard to apply instances where sanctions succeeded,” Hufbaurer said.

Some experts say the 2014 sanctions were too mild and imposed too late for Putin to take them seriously.

On a scale of 1 to 10, the severity of 2014 sanctions would score a 2, whereas the sanctions imposed in the current crisis would rate at least 8, according to Edward Fishman, a senior fellow at the Atlantic Council, a think tank specializing in international affairs, and a former State Department official.

The 2014 sanctions, imposed four months after Russia seized Crimea, “may have made Putin complacent,” Fisherman said in an interview with The Wall Street Journal, adding that it’s unlikely that the economic pain felt by Russia will change Putin’s mind about the war. “I think it’s very hard for a dictator like Putin to pull back military forces once he’s ordered them in,” he said.

“Studies have shown that Russian companies do get bit by sanctions. But did it make a difference to Putin? Probably not very much,” Hufbaurer said.

How will the war end?

At this stage of the war, foreign policy experts say an acceptable outcome would be anything that’s not a total Russian takeover of Ukraine.

“The best that can be envisaged—and even this seems farfetched—is an agreed line of demarcation at the Dnieper River, leaving Kiev and eastern Ukraine under Russian control, but allowing western Ukraine to survive as an independent state,” Hufbauer said.

However, “if the result is fundamentally unsatisfactory to the West, the sanctions you see are going to last a long time, at least a decade. It will last and last. It’s a new Cold War,” he predicted. 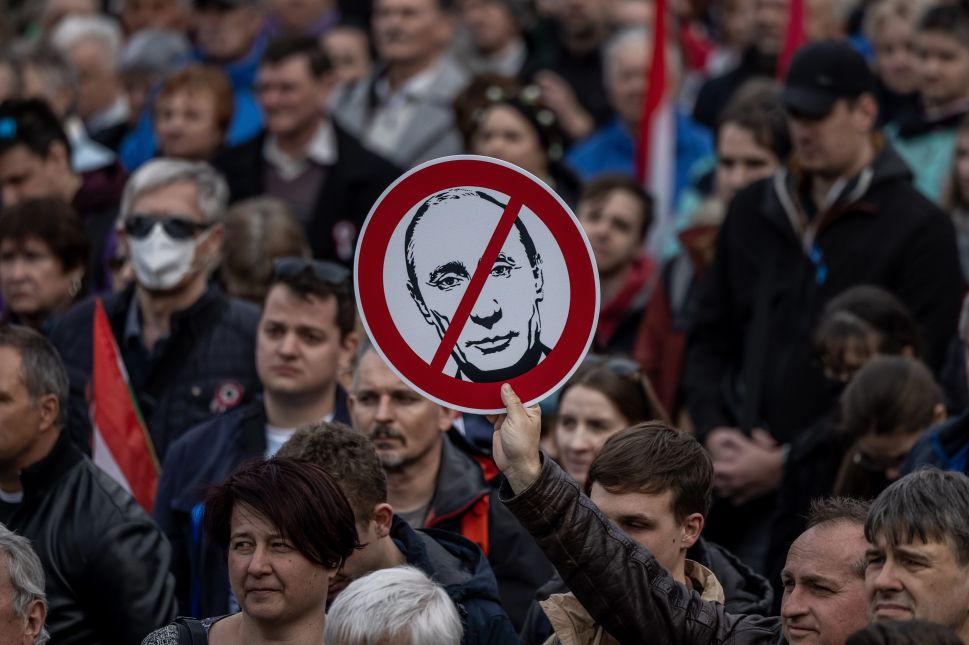