In the past two weeks, SpaceX has been sending free Starlink terminals to Ukraine, at the request of its government, to help the country maintain internet connectionafter the Russian invasion. An initial shipment of Starlink devices arrived in Ukraine on Feb. 28. Since then, they have apparently become a potential target for Russian cyber hackers, according to SpaceX CEO Elon Musk. And the company is so busy dealing with the issue that it has to delay the maiden flight of Starship, the spaceship designed to transport humans to the Moon and Mars, Musk said.

In a series of tweets on March 4 and March 5, Musk said some Starlink terminals near conflict areas in Ukraine were experiencing signal jamming for several hours at a time and company had reprioritized resources to addressing the problem. As a result, he said he is anticipating slight delays in Starship and the second-generation Starlink satellites, which are expected to be launched by a Starship rocket.

Some Starlink terminals near conflict areas were being jammed for several hours at a time. Our latest software update bypasses the jamming.

Am curious to see what’s next!

Will cause slight delays in Starship & Starlink V2.

The latest Starship prototype is awaiting its first orbital test flight at a launch pad in Boca Chica, Texas, pending the Federal Aviation Administration’s completion of an environmental review.

The nature of the attacks on Starlink are still unknown

Musk didn’t elaborate on the nature of Starlink’s service disruption in Ukraine or what kind of cyberattack it was exposed to. SpaceX didn’t immediately respond to a press inquiry.

Signal jamming can be a sign of a denial-of-service (DoS) cyberattack, which is accomplished by flooding a target network with traffic until the target cannot respond or simply crashes, thus blocking access of legitimate users, explains Tim Redfearn, an information technology and cybersecurity manager at ADS Inc., a Virginia-based military equipment supplier.

“Because the Starlink internet service is provided from satellites, Russians don’t have the ability to shut it down unless they hack or disrupt the service,” Redfearn said.

On Feb. 24, the day Russia invaded Ukraine, a Viasat satellite that provides broadband service in Ukraine and other parts of Europe, was hacked, causing signal loss across Europe. German and French officials said last week the cyberattack could be related to Russia.

A similar scheme could be happening to Starlink. In a tweet on March 3, Musk advised Starlink users in Ukraine to exercise caution because Starlink “is the only non-Russian communications system still working in some parts of Ukraine, so probability of being targeted is high.”

It’s unclear how many Starlink terminals are active in Ukraine and who are using them. A photo tweeted by Mykhailo Fedorov, Ukraine’s digital transformation minister, on Feb. 28 suggested that the initial shipment contained dozens of terminals. 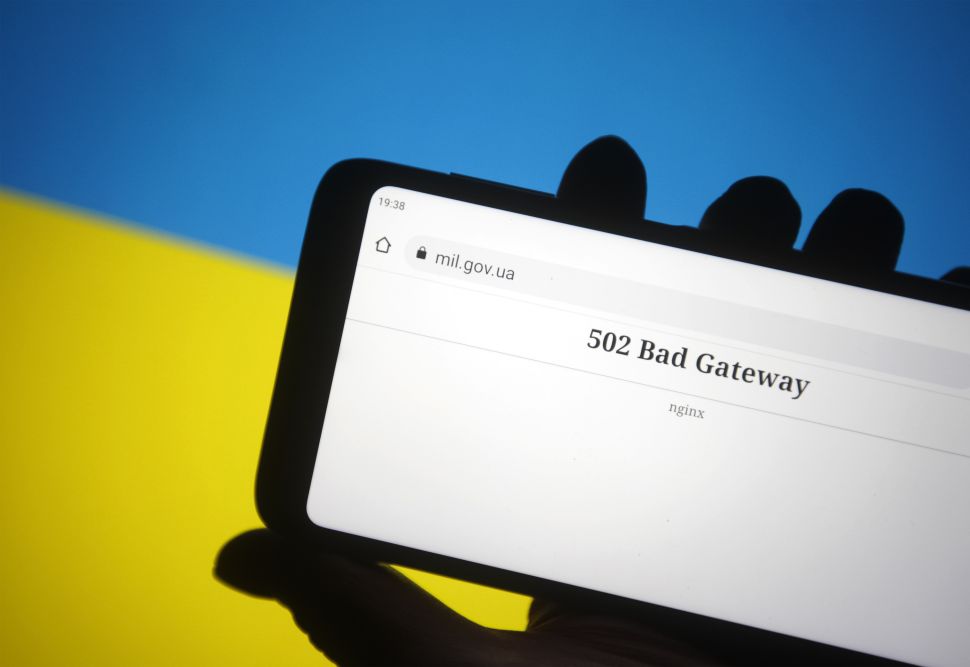