The past is always present, lurking in the shadows like a mysterious superhero. Or, at least, that’s the thesis behind director Matt Reeves’ new interpretation of Gotham’s beloved caped crusader in The Batman, a gritty, film noir take intended as a reboot of the franchise. Originally planned as a vehicle for Ben Affleck’s bland Batman, Reeves’ version hits left of center, offering a vision of the character not yet explored on film.

Batman, played with general success by Robert Pattinson, doesn’t possess any special powers, nor do his adversaries. Instead, he’s a masked vigilante treated with skepticism by Gotham’s police force. He dons a homemade suit and skulks around the city, beating up thugs in the Subway. When one inquires, “Who the hell are you supposed to be?” Batman growls back, “I’m vengeance.” And when he’s not fighting crime, Batman reverts back to being a floppy-haired Bruce Wayne, who seems to spend all his time brooding and leaving the real work to Alfred (Andy Serkis). There are no heroes in this Gotham, as we quickly learn.

The film, which leans heavily into the detective genre, sets up a relatively simple premise that, of course, requires Batman to face his past. On Halloween night the city’s mayor, currently up for re-election, is brutally murdered in his home. The crime scene includes a greeting card addressed to the Batman along with a set of ciphers—the first in a series of clues that sends the hero on the trail of the Riddler, a sociopathic serial killer intent on taking down the corrupt elite who run Gotham. Batman begins to investigate the murders, which become more and more horrifying (no surprise to learn actor Paul Dano had trouble sleeping while playing the enigmatic villain), with the help of Jim Gordon (Jeffrey Wright). The investigation leads him to a nightclub owned by crime boss Carmine Falcone (John Turturro), where he tangles with the Penguin (an under-used Colin Farrell) and meets Selina Kyle (an unfortunate Zoë Kravitz), who becomes an ally rather than a foe.

The thrill of The Batman is the unfolding of each new layer of the Riddler’s crimes, which are intended to expose deep rot at all levels of the city’s government. The truth becomes more and more complicated, with connections to Bruce’s own family. Thankfully, Reeves spares us yet another film sequence where Thomas and Martha Wayne are murdered as young Bruce watches, but their specters loom large throughout the story. Bruce isn’t free of his past, nor is Selina, who similarly grapples with parental trauma. This is a seriously emo take on the superhero, who keeps a diary and lives in a mansion so Gothic it might as well be Notre Dame.

Trepidation about Pattinson’s casting is fair, but the actor sheds preconceptions of himself as he embodies the dual-natured character. His take on Batman is immensely compelling; his portrayal of Bruce Wayne is less so. But this film isn’t really about Bruce, as much as the Wayne family haunts the story. The Riddler points out that while everyone seeks to unmask the Batman, it’s actually the mask that allows him to be his true self. Past versions of the character made Bruce out to be a handsome playboy, but here he just wants to hide—in his Gothic tower, from his familial responsibilities and behind his mask—and that’s more interesting. Reeves suggests that it’s our past that shapes us, but we can determine what to do with it. As Batman, Bruce has the means to process what he wants that choice to look like, while the Riddler—and, to an extent, Selina—has channeled his childhood trauma into violence. The film asks: How do we carry our generational sins forward and when do we have the capacity to let them go?

Dano sinks into his role with ferocity and a sense of truly unhinged glee. While Jim Carrey’s Riddler in Batman Forever was a whimsical jokester, Dano’s version is an absolutely terrifying serial killer whose use of social media and online forums evokes that loner white man who goes a shooting spree to ease his pain. His motivations are clear—an important aspect of a good villain—and, at times, we can even sympathize with him. Reeves has cited the Zodiac Killer as an inspiration and that tracks, although there are hints of John Doe in Se7en present as well. This superhero movie, as you can probably discern, is not for the kids.

As Selina, Kravitz is far less successful. Like Batman, Selina has no special powers (and is not yet known as Catwoman); she’s just pretty good at breaking and entering. Reeves doesn’t seem to know how to naturally bring female characters into this aggressively male world, and Selina serves mainly as a love interest for the Batman. It’s impossible to understand how the character, with her slight figure, would have the strength to lift a gun, let alone fight. But why worry about that when she looks good in a leather dress and can make gooey eyes at Pattinson? The actress is miscast, but the fault is larger: A modern interpretation of Batman, even one with nostalgic style, shouldn’t feel retrograde in its representation of gender.

Still, The Batman is an exciting, surprising ride. The cinematography, from DP Greig Fraser, has an unexpected intimacy, often bringing the viewer disconcertingly close to the characters. There are the requisite blockbuster shots, of course, but generally the film takes a new perspective visually as well as thematically. A car chase involving Penguin and Batman is set on a busy highway, on a rainy night. It’s chaotic, not at all sleek, and while it can be difficult to follow the action, it’s refreshing to see a filmmaker not fall into flashy big-screen tropes. Pattinson’s Batman is sort of a mess. As a superhero, he’s not particularly super—at one point, descending from a tall building, he misses his mark and gets injured. At another, he injects himself with adrenaline to keep fighting. But it’s that sense of disarray feels aptly sincere.

There has to be a good reason to tell a story again. That reason can’t be box-office draw or fan service, as much as movie studios might like it to be. Batman has pervaded pop culture for decades, both onscreen and on the page, and it’s important that Hollywood not just dish out more Batman for the sake of it. All things considered, it’s for the best that Affleck’s version of this didn’t go ahead. Reeves brings a real sense of motivation to his re-telling of the character and his why is clear. Even in its stumbles, The Batman doesn’t feel like a money grab. It’s genuinely interesting—and likely will become more so if Barry Keoghan’s cameo moment towards the end of the film goes where it’s suggested it will go. Like Batman, Reeves know the past is always at hand, but if you can determine to move beyond it you can go somewhere entirely new. 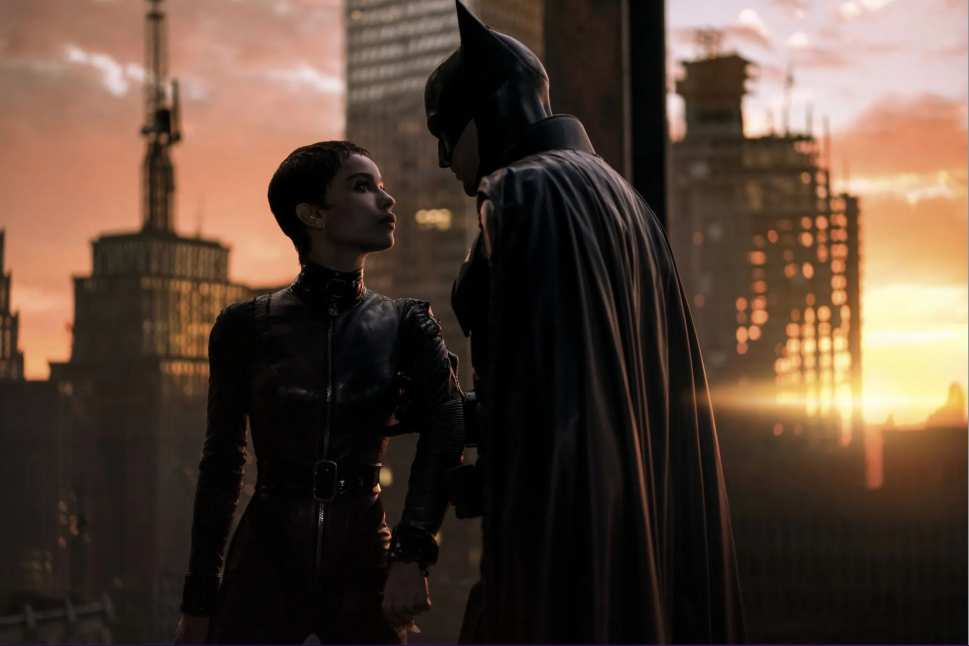