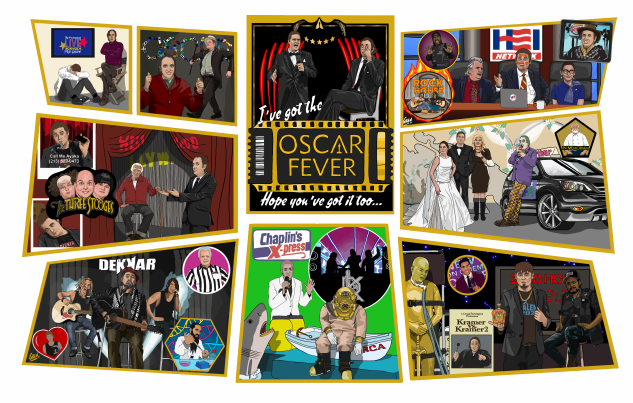 Over ten years ago as the seeds of the world’s biggest cinematic universe were being planted, comedians Tim Heidecker and Gregg Turkington created their own universe. Smaller than the MCU but perhaps no less detailed, On Cinema at the Cinema is a film-review web series where Heidecker and Turkington, playing fictionalized versions of themselves, argue over movies and with each other. Heidecker and Turkington (who also performs stand-up in his Neil Hamburger persona) are known for their outlandish, even grotesque comedy, but with On Cinema they took a new path, committing to their characters in an almost pathological way. The world they created has spawned spin-off series, music, and even a feature film in 2019’s Mister America, and On Cinema has a zealous online fanbase, with fans taking a hard stance as a TimHead or GreggHead (or even worse, the dreaded UnityHead) and committing to their own characters.

Tim and Gregg are an odd couple. Most of the show revolves around the drama that happens off camera, and their conflicting visions on the direction of the show. Gregg’s staunch movies-only approach puts him on a collision course with Tim, who uses the show to air out all aspects of his personal life, business ventures, conspiracy theories, and especially his music.

The yearly On Cinema Oscar Special is where the dry, off camera, idiosyncratic humor of the web series gets to explode into a live spectacle. An intentional three-hour trainwreck that airs live during the Academy Awards (“we’re going to be giving you the same information that they’re giving you, so just forget watching the Oscars on ABC, or whatever it is”), it’s an endlessly entertaining show that’s a triumph in comedic stamina. The events of the Oscar special often ripple throughout the next season of the web series, and for hardcore fans, the On Cinema Oscar Special is appointment viewing. (Tickets for this Sunday’s live airing are $12.) Because most of us don’t have the time to watch hours and hours of nine Oscar specials and even more web series episodes, here are the best moments from each one. But these moments are only the broad strokes of what makes the Oscar Special, and On Cinema, so good. Every awful prediction, every shocked stare from guests as Tim’s anger gets the best of him, and every oddly timed graphic to cover the screen as Tim and Gregg try their best not to make each other giggle on camera is what really brings fans—and now hopefully you—to the On Cinema Oscar Special. I hope you have Oscar fever.

1. The first Oscar Special started with a humble Google stream far from the organized production it would become in just the next year. This special featured mostly Gregg predicting The Hobbit would win best picture— despite not being nominated — with the night’s highlight being Tim throwing up on Gregg’s VHS collection.

2. Tim’s song “Oscar Fever” is synonymous with the On Cinema Oscar Special. It’s been performed over the years with a string trio, a marching band, and by Bobby Vallie in at Hemingway’s Restaurant in Seaside Heights, New Jersey.

3. After invited guest Mike Huckabee doesn’t show up to join Tim in an Oscar medley, Tim decides to use the moment to reach out to his former girlfriend and mother of his son, Tom Cruise Heidecker Jr, Ayaka. With his phone number on the bottom of the screen the real life Tim Heidecker just barely hides the fact he is actually a very talented musician.

4. Tom Cruise Heidecker Jr, Tim’s toddler son, tragically passes away at the end of season 7 afte Tim “bravely” decides not to have him vaccinated, but with the help of movie magic little Tom is able to return to his parents with a message to the world.

* In 2017 Tim refused to give Gregg a budget for the Oscar special while he took off with his band for Dubai, and the result was the Our Cinema Oscar Special (not considered part of the official On Cinema timeline). Whenever Gregg takes it upon himself to produce a segment for On Cinema you can expect some pretty rough production quality, but this is On Cinema at it most avant garde, with its Lynchian lighting and constantly adjusting and readjusting camera. In a fitting moment, Gregg tells a depressed Tim over the phone to jump from his hotel window.

5. Mark Prosch, who first appeared to do impressions on the second Oscar special, has been abused by Tim and dragged along for all kinds of On Cinema related assignments by Gregg, is tasked with doing impressions from the Jaws franchise that will leave him changed for the rest of his life.

6. After the incident at the previous year’s special, Gregg, who has been Mark’s caretaker, doesn’t let Mark miss a chance to perform by making him the living Oscar.

7.  What should be a day of celebration (Tim and his wife Toni Newman have an official wedding, and of course there’s the Oscars) narrowly avoids total tragedy as Gregg leaves his mobile museum dedicated to 1982’s running in the studio and nearly kills the entire wedding party.

8. In 2021, the special moved to a ticketed Hei Network stream (so no YouTube clip is available), accompanied by Gregg’s personal Twitter live stream. Towards the end of the show, Tim’s bodyguard, private investigator, and music collaborator Roy LaRoux presents the findings from his investigation on the events of last previous year’s special which points the finger directly at Gregg. After Gregg storms off, all anyone can do is stand and watch, from both streams, as LaRoux confronts Gregg in the parking lot. 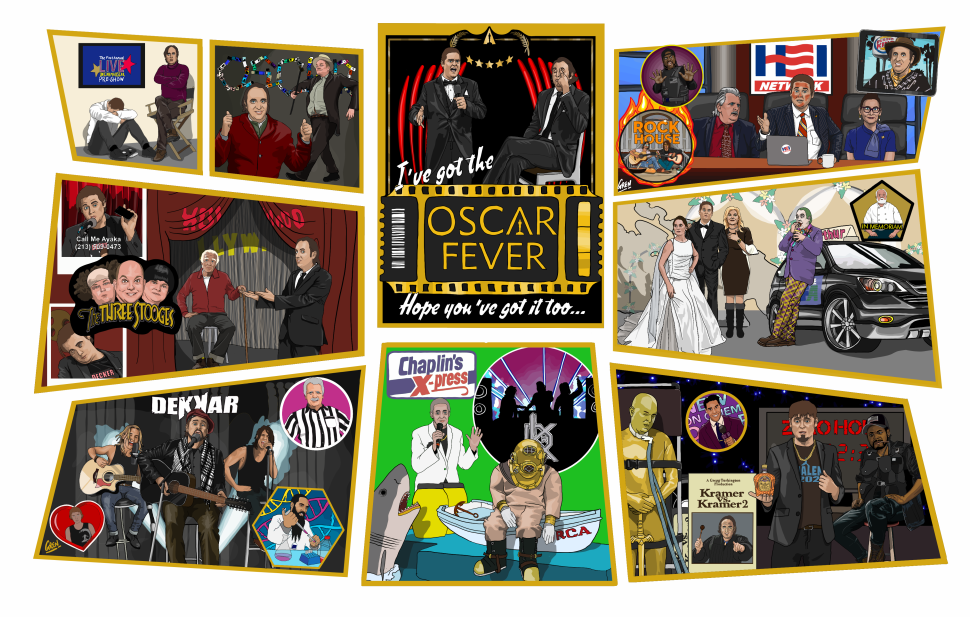